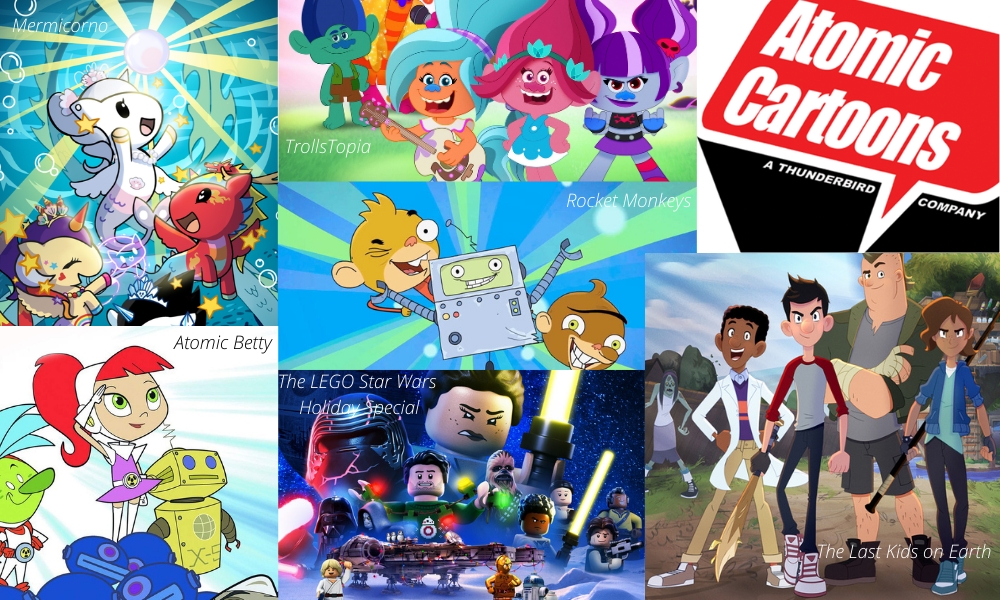 It’s hard to believe that it’s been 22 years since Trevor Bentley, Mauro Casalese, Olaf Miller and Rob Davies decided to launch their own animation studio in Vancouver. The fab four animation pros initially formed Atomic Cartoons to help produce Milo’s Bug Quest with Sunwoo Ent.’s Jae Moh. The studio, which was bought by Thunderbird Entertainment in 2015, has created or helped produce an impressive list of beloved animated gems throughout the years, including shows such as Atomic Betty, Rocket Monkeys, Beat Bugs, Hilda, 101 Dalmatian Street, Molly of Denali, The Last Kids on Earth, The LEGO Star Wars Holiday Special and Trolls: TrollsTopia.

“Atomic was started by four artists in 1999,” recalls founder and exec VP Bentley in a recent email interview. “We had previously worked together at other studios and decided we should take our experience and try and do things a little differently. We began with one service client and started developing our show Atomic Betty shortly thereafter.”

Atomic Betty was a beautifully designed, Flash-animated show produced with Tele Images Kids (France) and Breakthrough Films & TV (Canada), which followed the adventures of a not-so-typical 12-year-old girl from Moose Jaw, who is also part of an interstellar crime-fighting force. It was an instant hit for the studio and ran for three seasons (2004-2008). 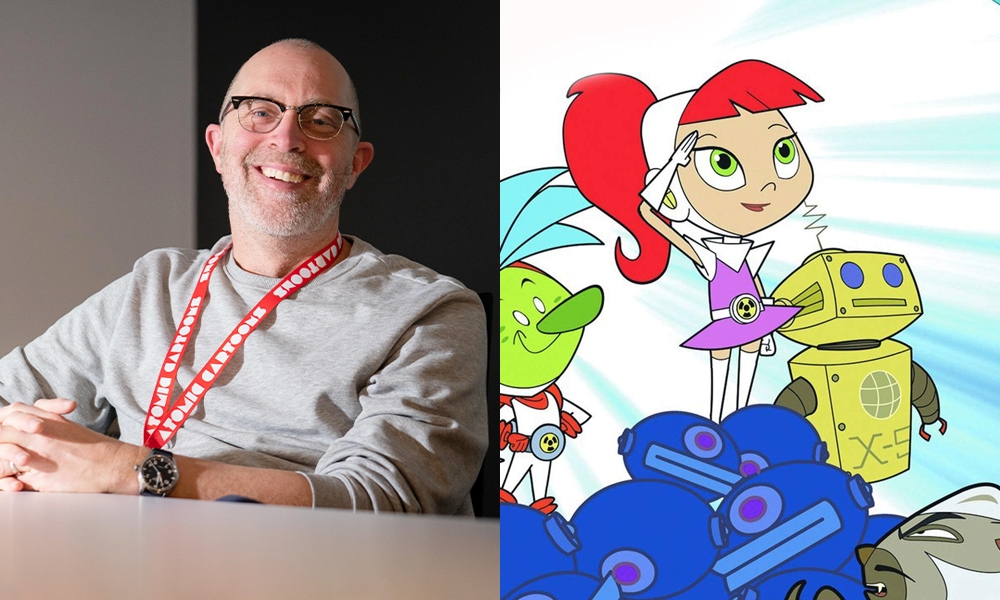 According to studio president and CEO Jennifer McCarron, the studio continues to focus on building a culture of excellence and increasing IP ownership as the team launches its new CP & distribution division. “Service work and honoring all of our partners remains a huge priority for us as well as we keep quality as our North Star,” says McCarron. “Focus on talent retention, diversity and inclusion remains paramount as we honor our greatest asset — our people.”

McCarron mentions that the company has grown in leaps and bounds, evolving from a 150-person studio primarily doing service work to a 700-plus studio with three locations in Vancouver, LA and Ottawa, with a growing focus on IP ownership and launching global content. “A focus on art and talent has been paramount since Atomic was launched in 1999, and remains key to this day,” she adds.

As CCO Matthew Berkowitz points out, “We have over 15 shows in production but unfortunately, as most haven’t been announced, we can’t say too many details — beyond sharing that we are privileged to be animating shows for clients and partners including Disney, Netflix, Universal, LEGO, HBO Max, DreamWorks, Apple, Adult Swim, PBS, Marvel, eOne, Hasbro and Spin Master! We’re also very excited about the progress on our IP development slate which is nearing 20 properties — all creator-driven, whether wholly original or adaptations!”

Berkowitz believes what sets Atomic apart from other similar studios is the passion the Atomic team has for animation and their commitment to its artists, creative partners and clients. “Our whole team loves to make cartoons: It’s a dream and a privilege to do it, and we aim to create an environment where artists can do the best work of their careers. We also work hard to foster a strong collaborative nature with our clients and partners. Finally, we firmly believe in not over-committing our studio, or taking on too much work. This way, both our artists as well as partners know we will be able to honor what we say we can do — and that’s to deliver top tier animation while having a great time in the process.” 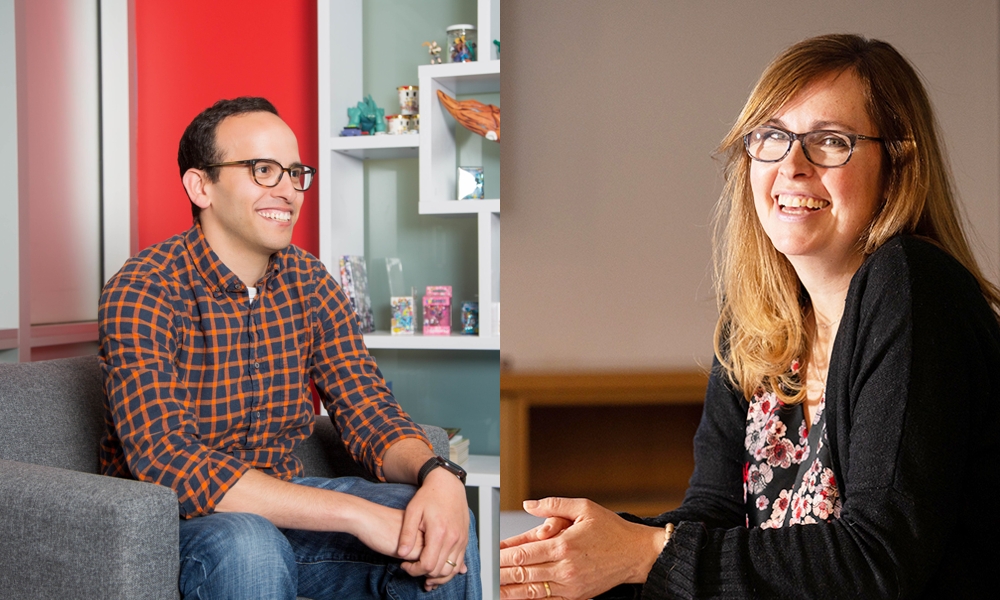 One of the big priorities of the studio is to maintain a safe environment where everyone is honored, no one feels like a number and mistakes are more than OK, allowing innovation to occur, says McCarron. “Our team is 45% male, 45% female and 10% gender fluid. In every fiber of our being, we know we are nothing without the amazing talent doing all the hard work and we strive to make Atomic the best run of people’s careers.”

“Before joining Atomic, I couldn’t help notice that the studio was producing the highest-level of both storytelling and animation, and the sheer number of projects was incredibly impressive,” says Richard Goldsmith, the studio’s president of global distribution and consumer products. “Now, being a member of the Atomic team for the last few months, I am seeing another side of the company with its new pipeline of projects developed in-house in addition to the many series that we produce for clients such as Netflix, Disney, LEGO and Nickelodeon based on their IP.”

“It has been a truly rewarding experience to share Atomic’s development with platforms around the world who have known about Atomic but now have the opportunity to partner with us directly,” adds Goldsmith. “We are really excited about the future of our new distribution and consumer products divisions to turn our creations into inspiring series and global brands.”

Atomic currently produces content in both 2D and CG pipelines. The studio’s main tool set includes Harmony, Photoshop and Flash on the 2D side. The artists utilize Maya, Houdini and RenderMan to produce CG animation. Last March, the studio was able to transition smoothly to work-from-home to maintain the safety of the employees. “The key to Atomic’s success has always been our diverse and inclusive artist friendly culture — maintaining this while working 100% remotely has been our biggest and most important challenge of 2021,” says McCarron. “The teams work around the clock to make sure each and every individual is heard and receiving the support that they need.”

The Atomic team is happy to be riding the successful wave of animation in recent years.

“The heart and soul of our company is producing great content, and we are fortunate that the animation industry as a whole is experiencing its greatest growth in history,” notes Goldsmith. “Animation has proven to resonate with audiences of all ages, so platforms have expanded from kid-centric series to young adult and adult audiences. These platforms also understand the global nature of animated content versus live action. With this recognition, and the significant investment of both existing and new platforms in animated series, we are really focused on being great partners with platforms that we produce for.” 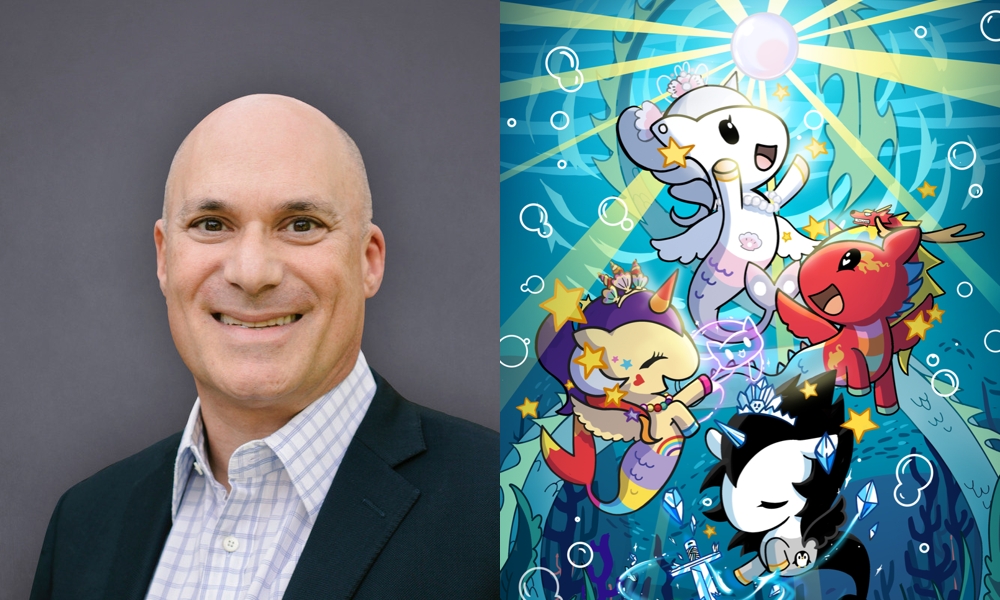 It’s hard not to notice the level of enthusiasm the Atomic team carries in their heart for the medium. “We get to make cartoons with amazing people,” says Berkowitz. “We all grew up loving the medium, and then when we started working in this industry — we realized the only thing better than making cartoons is the people you get to make them with. To be able to team up with such incredible talent, and build something through true teamwork and collaboration, is really special and incredibly rewarding.”

Another big motivation is to inspire the next generation of toon fanatics. “We all grew up watching cartoons, and those shows inspired us and helped mold us into who we are today. The absolute best part of our jobs is when we hear from kids or their families about what our shows mean to them. It’s beyond amazing that we have an opportunity to make a small impact in these kids’ lives,” concludes Berkowitz.

“As a studio started by artists, the importance of the art is never far from our decision making process,” notes Bentley. “We’ve always put as much or more weight to the creative opportunity for the team and studio on any given project, be it service or IP. The creative really does matter at Atomic!”