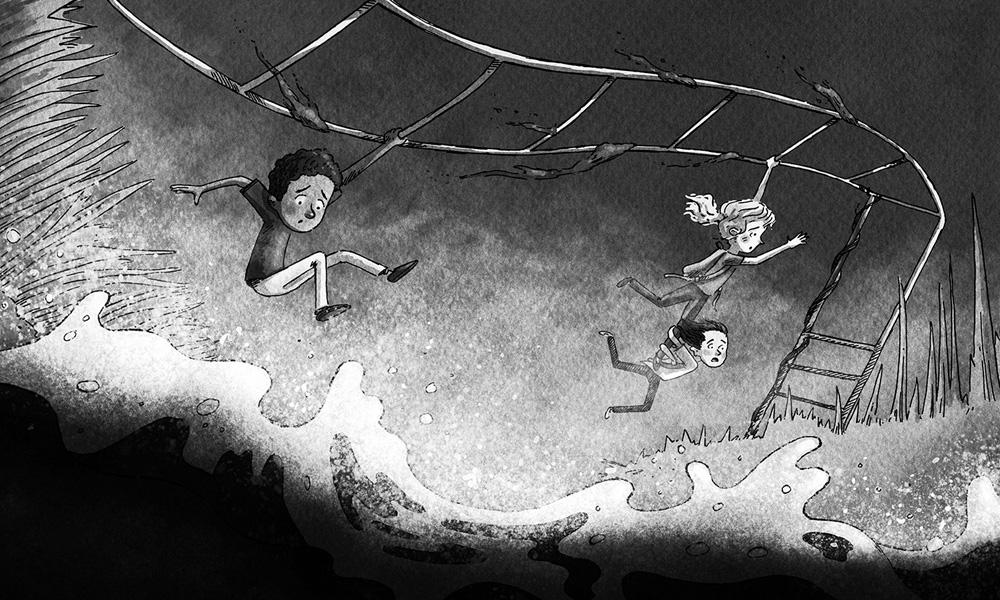 Atomic Cartoons, the kids’ division of Thunderbird Entertainment, has optioned and kicked off development on a live-action/animation children’s anthology series titled Eerie, based on the successful book series Eerie Elementary written by New York Times Best Selling author Max Brallier (under the pen name Jack Chabert). This marks the studio’s second team-up with the writer after The Last Kids on Earth, currently in production for Netflix.

Aimed at kids 6 and up, Eerie draws inspiration from beloved cultural touchstones including Are You Afraid of the Dark?, The Twilight Zone, and the irreverent comedy of MAD Magazine. Each half-hour episode will feature one live-action, episodic tale interspersed with spooky, strange and whimsical animated mini-stories, parody commercials, and more.

Brallier will serve as creator and executive producer, while Thunderbird CEO Jennifer McCarron and Matthew Berkowitz will serve as executive producers on behalf of Atomic Cartoons. While the series is in development at Atomic Cartoons, it will tie into Thunderbird’s successful live-action programming roots which include the 2017 film Blade Runner 2049 and hit Netflix series Kim’s Convenience.

“We are thrilled to be re-teaming with Max. His creative voice is unique, yet mainstream. We see him as this generation’s RL Stine, and can’t wait to spook, empower, inspire and delight young audiences with Max’s creativity and own brand of eeriness,” said Berkowitz.

Published by Scholastic imprint Branches, Eerie Elementary contains eight books in the series, with a ninth due out in late October and more coming after that. The series is published in six languages with hundreds of thousands of copies sold across the globe.