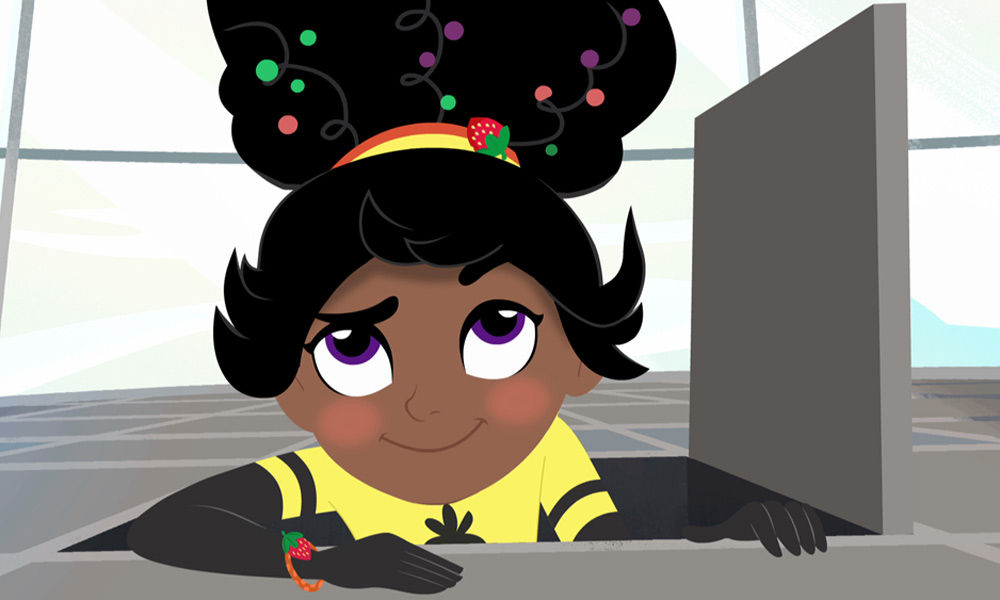 Is the world ready for a team of dynamic 10-year-old female spies? Italy’s family entertainment and publishing company Atlantyca believes so. The innovative studio behind hits such as Geronimo Stilton and Bat Pat is joining forces with Australia’s SLR Productions, Ireland’s Telegael and India’s Cosmos-Maya to coproduce a new animated series titled Berry Bees. The 52 x 11’ toon follows the adventures of Bobby, Lola and Juliette, three seemingly ordinary school-age kids who have been selected by the B.I.A. (Bee Intelligence Agency) to carry out high-stakes spy missions. 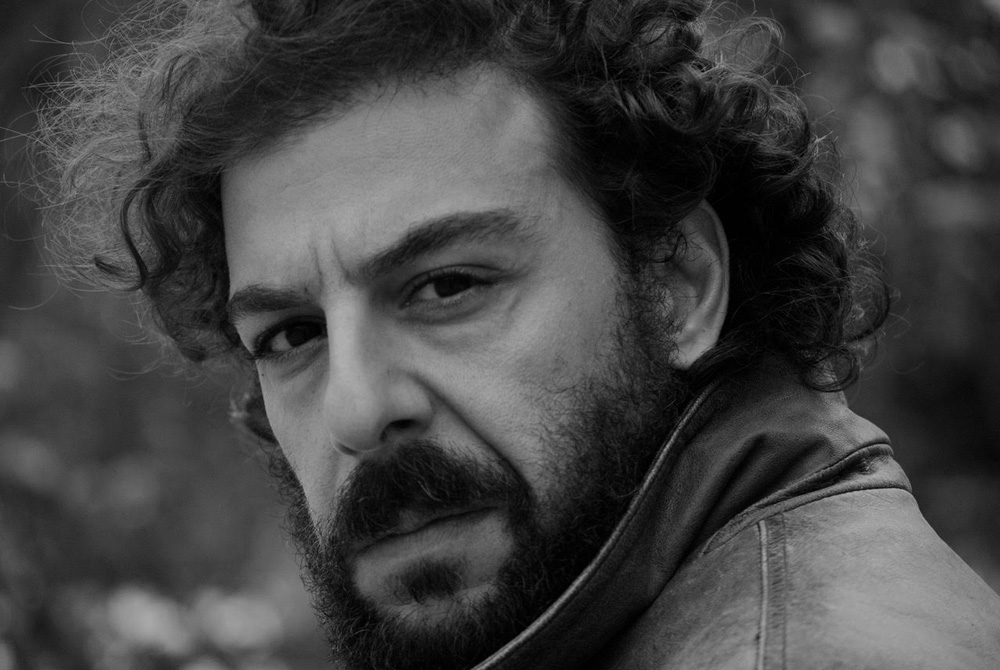 As the series exec producer and director Niccolò Sacchi tells us, the new venture marks the first time Atlantyca didn’t develop the show based on a successful existing publishing property. “For Berry Bees, the idea came to our production department in the very early stages,” he explains. “It was really just a concept, practically just a few lines on paper, but we found it to be so perfect. It was exactly what we were looking for — strong female characters, action-packed series, modern spy stories — and we decided to launch a co-development process with the publishing department. We jumped in and shaped it into a possible project — knowing from the beginning it had wonderful potential.”

Sacchi says the financing for the show came together surprisingly quickly. “The market was immediately attracted to the idea, and everyone saw the project’s potential,” he notes. “We started out at a very early stage, even earlier than we usually get involved. So I started to visualize the series and worked hand in hand with our publishing director to shape the characters and their world.”

He says his team was very aware of the differences between publishing and broadcast brands. “We know the differences and requirements, but who is better fitted than us to tackle this project, since we had the history of adapting one of the most famous worldwide. At the same time, having worked so long on the adaptation with the idea of a possible animated series in the works, we were able to build a sort of transmedia skeleton for the property that was quite useful both in terms of the design and the storytelling aspects of the project.” 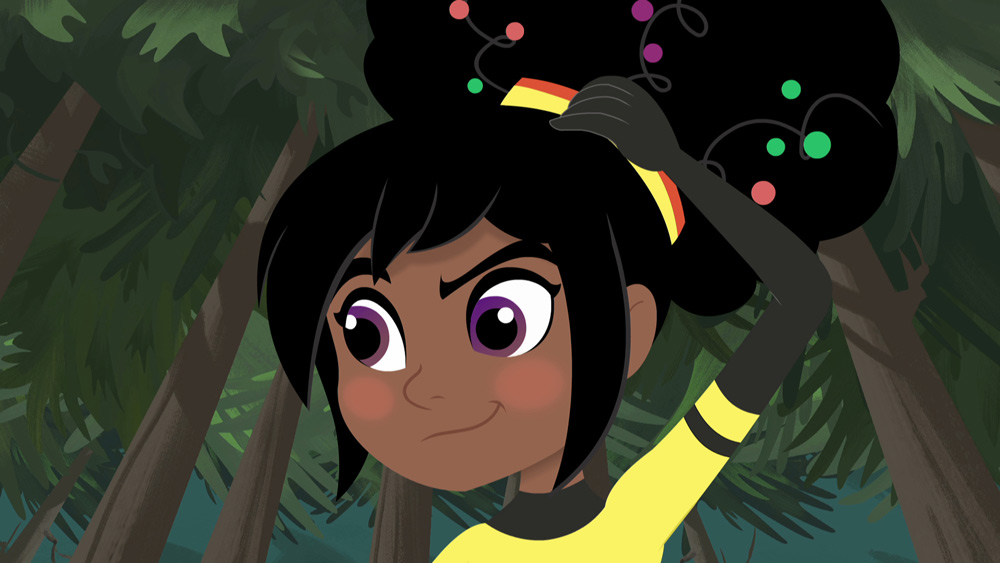 One of the reasons Sacchi and his team were drawn to the project was the simple appeal of its main characters. “What I liked most was the challenge to create three ‘normal girls,’ without superpowers, who are extraordinary inside — and outside sometimes, as well. Spy stories can always be intriguing. The challenge is building a story that is interesting enough to be considered a spy genre while maintaining the fast pace and action elements that young viewers demand. We went for a mix of the ‘vintage’ glamor of classic James Bond movies with the action-packed scenes and ultra-futuristic technology of the modern-day Mission: Impossible series.”

Since Atlantyca is working closely with SLR, Telegael and Cosmos-Maya to deliver the project, Sacchi says they developed a very creative division of duties on this project. “The scripts are written by mostly Italian and Irish writers with an Australian story editor,” he explains. “The same is true for the storyboards, which are mostly done by the Italian and Australian teams, with a small number of Irish story-boarders as well. On the design side, we are working with Italian characters, Australian backgrounds and the props split between Italy and Australia. The project is colored in Ireland.” 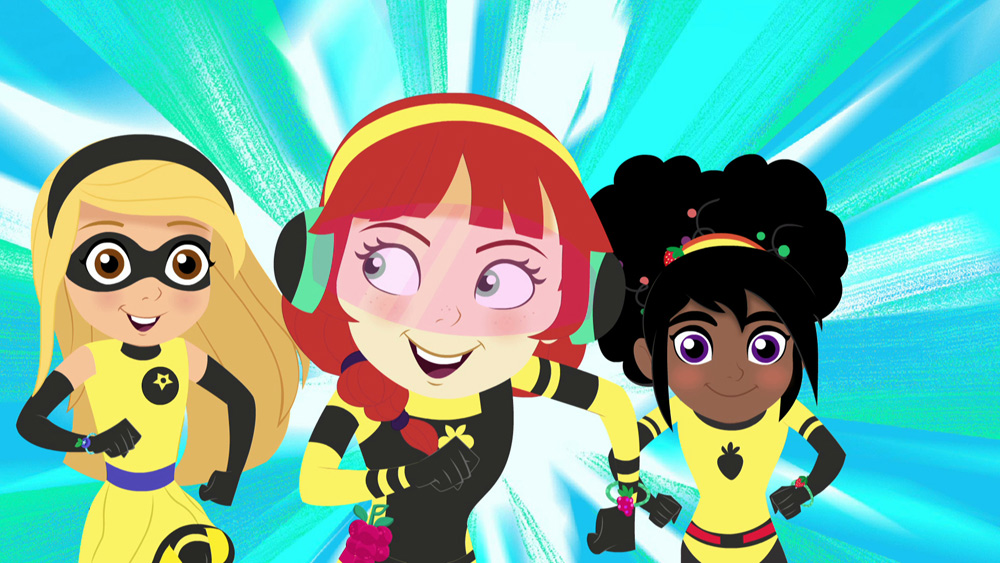 Sacchi is very pleased with the quality of the work the show’s creative team has been able to deliver. “I feel that every bit of the show is growing and evolving thanks to their amazing work, regardless of where they are,” he notes. “It’s been quite rewarding to see the show grow step by step thanks to all the different components of our collaborative partnership. The final animation will be done in India, and I hope that then it’ll be the turn of the Cosmos team to bring the show to another, higher level.”

According to the producer, the show’s animation will be done mostly in Flash. “Considering the nature of the show and because it encompasses numerous action scenes, I would like to have those scenes done in paperless animation,” he adds. “We’ll also work in a creative way on the compositing, and use the lighting in a certain way to add depth to many of the scenes.” 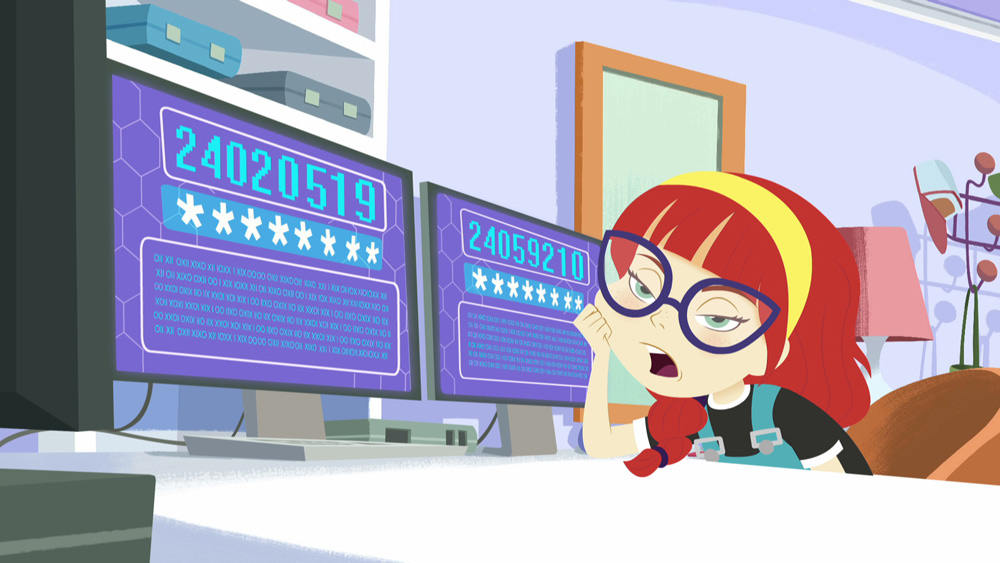 The show’s visual team found inspiration in a wide variety of classic and modern sources. In addition to Mission: Impossible and James Bond movies, Sacchi singles out Brad Bird’s The Incredibles for its character animation and action scenes. However, it’s a popular Disney TV heroine that is one of show’s biggest influences. “I look at Kim Possible all the time, because of the show’s fantastic direction and staging of the shots. It’s one of my all-time favorite shows. In terms of design, our go-to reference was Tangled. I wanted to have the same feel for the characters with no outline and where shadows were used to give depth to the characters’ skin and expressions. “

Creating and playing with 10-year-old characters whose special abilities are just part of their everyday life provided to be quite satisfying for Sacchi and his team. He explains, “For example, Lola is a contortionist, but she can also use that ability in the classroom. Or, Juliette has special talents as an actress and a telepath, but she can also do a great impression of her principal at school. Bobby can use her hacking abilities to change all the pictures of her classmates to kitten photos. In short, we have relatable characters who are fun to build stories around 24/7.” 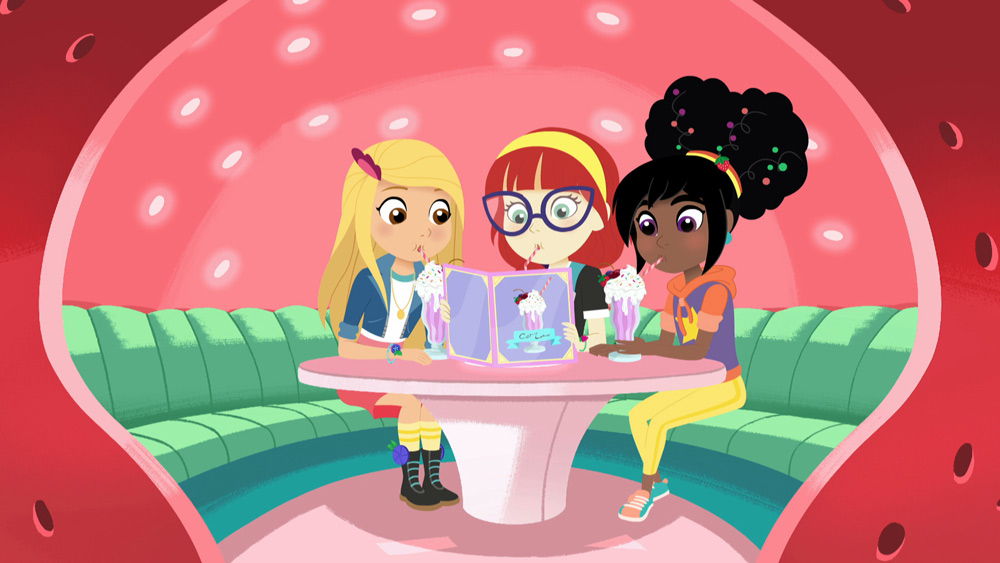 Sacchi hopes that audiences will enjoy the cool adventures of Berry Bees because they offer the classic rewards of the fun caper genre. “What’s more thrilling than being part of a spy story?” he asks. “The secret missions, the undercover identities, the cool gadgets — not to mention the exciting action sequences, the sneaking around, and the rewarding confrontations with the bad guys. I hope our audiences will take all of those elements and ‘create’ their own adventures using their imagination. Whether they prefer Lola, Juliette or Bobby, or all three—it doesn’t matter. It’s all about playing spy and having fun. That’s what I hope audiences will take from our show.”

Berry Bees is slated to premiere in late 2019. Learn more at atlantyca.com. 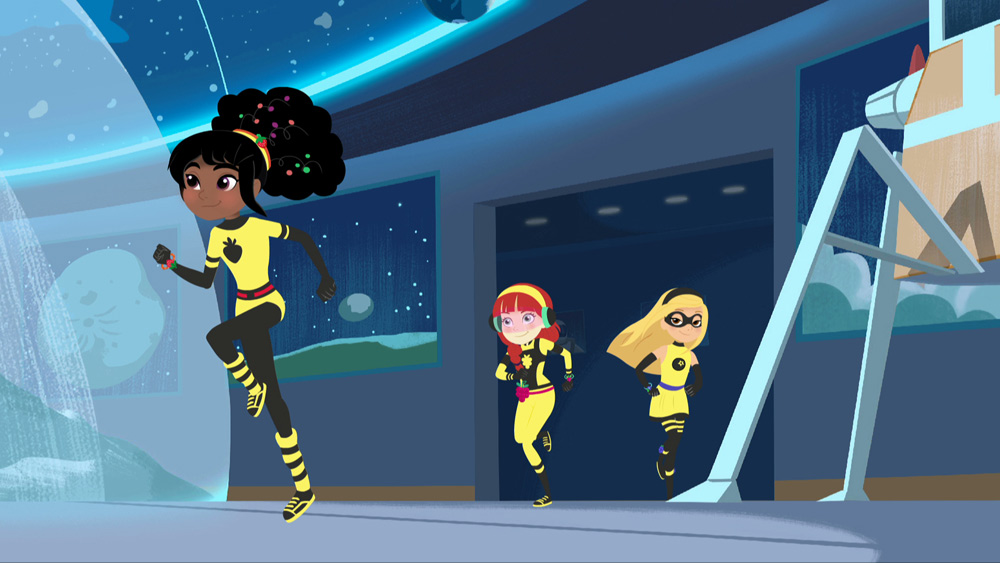 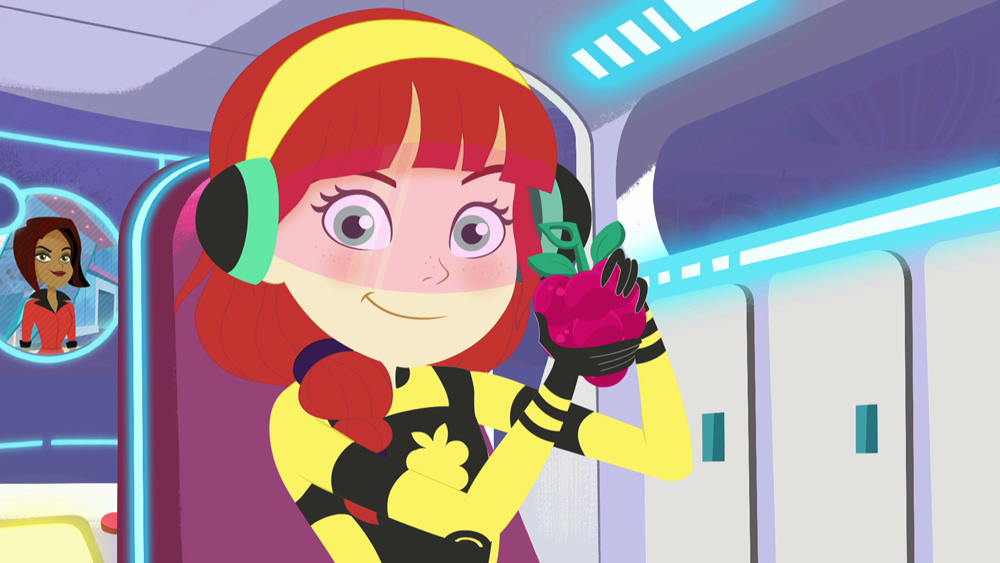 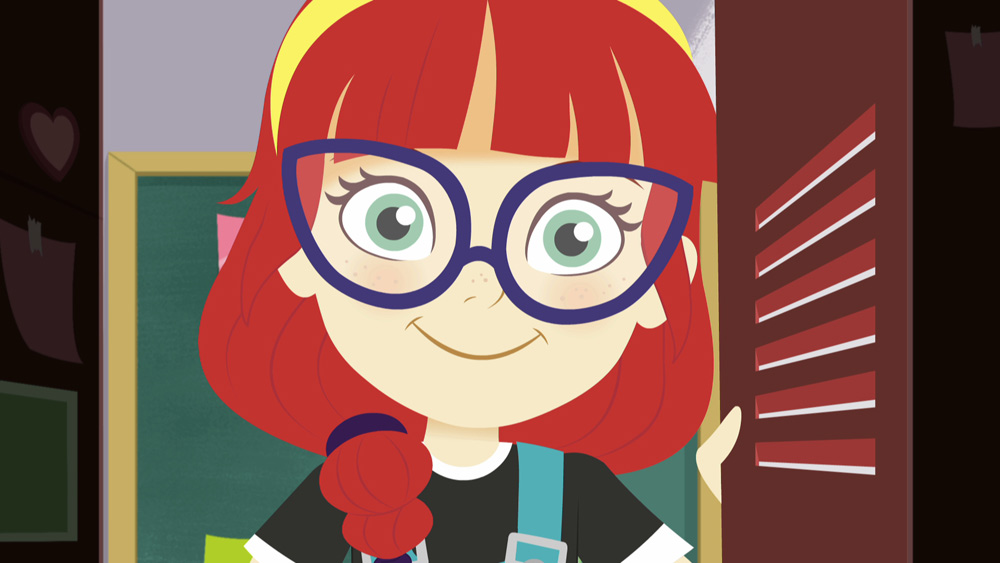