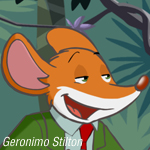 On the heels of Geronimo Stilton’s strong ratings success achieved by public broadcasters LTV in Latvia and RTP in Portugal, along with D Smart Pay TV in Turkey, all three broadcasters will be adding additional runs to their contracts for the hit animated series.

DISCOP East is set for June 21-23 in Budapest. The market was acquired by NATPE and next year will be called NATPE/Budapest.