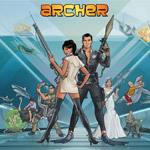 Keeping things fresh has never been a problem for Archer.

Launched in 2009 on FX as a comedy about a secret agent who works for his mother, the series’ success has allowed creator Adam Reed and exec producer Matt Thompson to make some daring diversions, most notably season five’s Archer Vice arc.

But with the show’s eight-episode eighth season debuting April 5 on FXX, the series takes a different direction in an arc called Archer Dreamland that sees the cast reinvented as a film noir set in 1947 Los Angeles.

We caught up with Thompson to talk about the new season.

Animag: Tell me about where the idea for this season came from?

Matt Thompson: It started off with how we wanted to end season seven, and it was one of my favorite endings we’ve ever had to a season. We’re trying to fake you out and make you think, ‘Oh, Archer’s not going to be dead, just this robot is going to be dead,’ but then both of them appear to be dead. We just didn’t want to come back and say everything’s OK. One of things that makes this cartoon different is that the universe has consequences, so for everybody to come back from season seven and all is well just didn’t feel right. So this entire season takes place inside of Archer’s head as he’s in a coma.

Animag: What were the advantages to this approach?

Thompson: It allowed for a great consequence to happen at the end of season seven and it allows for a singular storyline, which actually takes place just over eight to 10 days. This entire season of Archer is almost like a Kiefer Sutherland 24 reboot. Archer is just trying to investigate in 1947 the death of his partner, Woodhouse, and it’s really an extreme departure for us. We’re excited for people to see it not just because it’s going to look like nothing we’ve ever done before.

Animag: How will the characters’ relationships change?

Thompson: At the core of the show is Archer’s relationship with his mother, Mallory, and typically she’s been at the head of this spy agency and Archer works for her. In this, in 1947, it’s different but the same. Now Mallory is no longer Mallory. Her name is Mother and she is the head of basically a mob syndicate, a criminal organization, and she takes on Archer to help her do something. … So he’s still working for his mother, but that relationship has changed. She’s changed. She’s kind of harder than she had been in the past and she’s got to protect her criminal empire now and Archer is no longer beholden to just do things because she is his mother, he is only doing things under threat.

Animag: Is this Archer native to 1947, or is he walking around wondering where everyone’s cell phones are?

Thompson: We decided that once we get into 1947, we’re in 1947. It’s been the biggest writing challenge for Adam, the simple fact that the people don’t have easy access to telephones.

Animag: Well you mentioned that you think this is one of the best the best-looking seasons, can you talk a little bit about getting the 1947 look of L.A. right.

But I think that the largest thing adding to the different look for the season is the lighting, the special attention that our staff had to take in the compositing all of these scenes. If you look at any of those scenes from The Maltese Falcon and all of that film noir stuff, it’s the way that the light comes through the blinds, it’s the way light shines through. And because a lot of these things are black and white, they’re using heavy contrast, and we really tried to pay a great deal of attention to how things were being lit.

Animag: How did making those changes affect your pipeline? Was this a tougher season to animate?

Thompson: It’s slowed it down greatly. We call our background characters that really have nothing to do with the scene “drones,” and all of our drones have been built up over six or seven seasons of the show so we could pop people in the background. But now all those drones had to have new clothes, and that meant that our illustration department really had to draw much, much, much more heavily than in seasons past.

Animag: You have a complete season here and a couple of more seasons ordered up after this one. Do you have a plan for what you’re going to do to top this?

Thompson: We do. We definitely have a plan, but I’m not wanting to talk about it yet. but I will say that the ending to the season is very dramatic. And the final episode of this season is astounding. Big, big things happen at the end of it. It feels almost overwhelming. 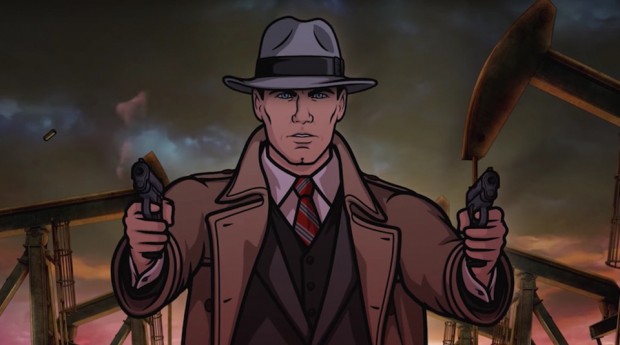 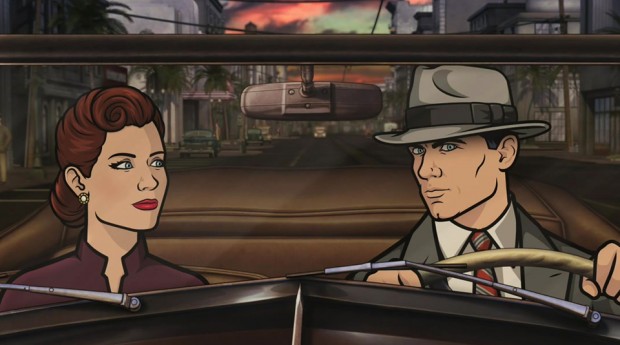