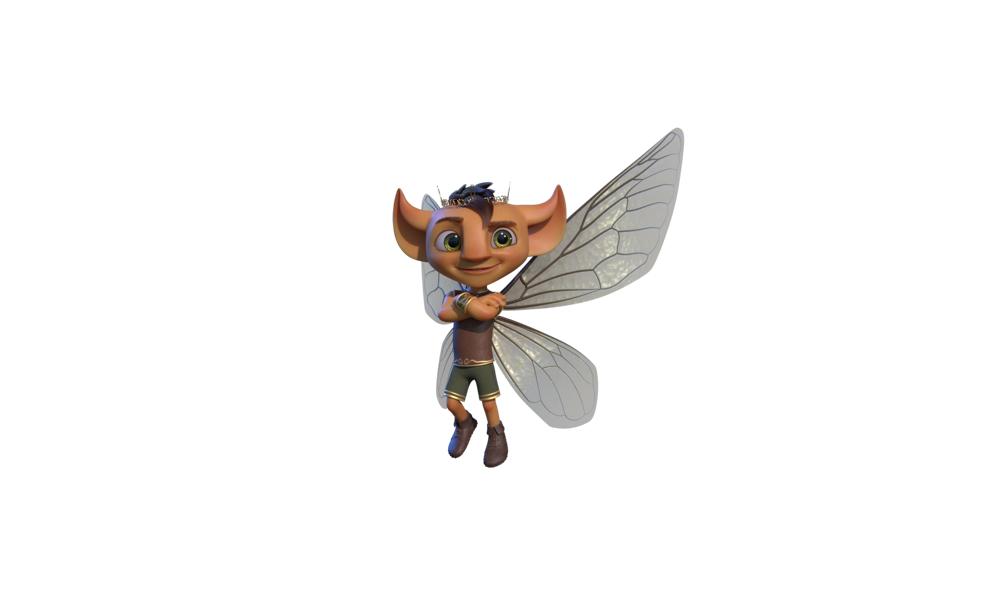 The Pixies is a 12 x 11′ family-friendly animated series aimed at children ages 5-8. When their kingdom is invaded by mysterious creatures called the Sluagh, it’s up to Prince Sam, Princess Daisy and their trusted friends to travel around the world in search of the lost relics that will save the Pixie kingdom, before the Sluagh can ruin their kingdom for good.

The series is inspired by Arcana’s second feature film, Pixies, originally adapted from the studio’s graphic novel of the same name. Completed in 2014, the film starred Christopher Plummer, Alexa PenaVega and the late Bill Paxton, and was written & directed by Sean O’Reilly. Vertical holds all U.S. rights to the film.

“We have found an exceptional partner in Flickerpix. The Pixies film was only Arcana’s second feature, and expanding this story world into television is a very ‘full circle’ moment for me,” said O’Reilly. “As our slate of feature films and television grows, we are always on the lookout for global partnerships, and we look forward to working with Flickerpix on this production.”

Flickerpix’s Johnny Schumann said, “We are very excited to be part of this journey with Arcana. Once we heard about the exciting direction that Sean wanted to take with the show, drawing inspiration from Celtic mythology and folklore, we were fully on board. The concept is exciting, with plenty of scope for epic adventures, and the characters are appealing with a good variation of complementary personalities to take us on journeys packed with heart and humour. It is also a great opportunity to further strengthen what is already a strong relationship between Irish and Canadian animation companies.”

Earlier this year, Arcana announced a co-production partnership with Mexico’s Gasolina Studios on another animated children’s TV series, My Brother the Monster.

Launched in 2004, Burnaby, BC-based Arcana possesses a library of wholly owned IP containing well over 5,000 characters that transcend gender, age and cultural and geographic boundaries, and owns one of the world’s largest libraries of graphic novels. In 2012, Arcana opened an animation division to develop and produce its content for all platforms including film, TV, direct-to-home and digital media. The current production slate includes Heroes of the Golden Masks, UltraDuck, Miskatonic (TV) and Go Fish (TV), with plans to release Clockwork Girl and Panda vs .Aliens in 2021.

Based in Holywood, Northern Ireland, Flickerpix have produced a wide range of projects including On The Air, a mix of stop motion and 2D animation based on the Gerry Anderson BBC Radio Ulster show. Their animated creations have appeared on CBBC, Channel 4, Sesame Street U.S.A., Discovery, RTE, ABC, Berlin Film Festival and on BBC One’s big events Comic Relief and Children In Need. The studio has worked with talented individuals from all over the world, and brought to life the words and motions of artists like Harry Hill, Billy Connolly, Richard Curtis and Seamus Heaney.