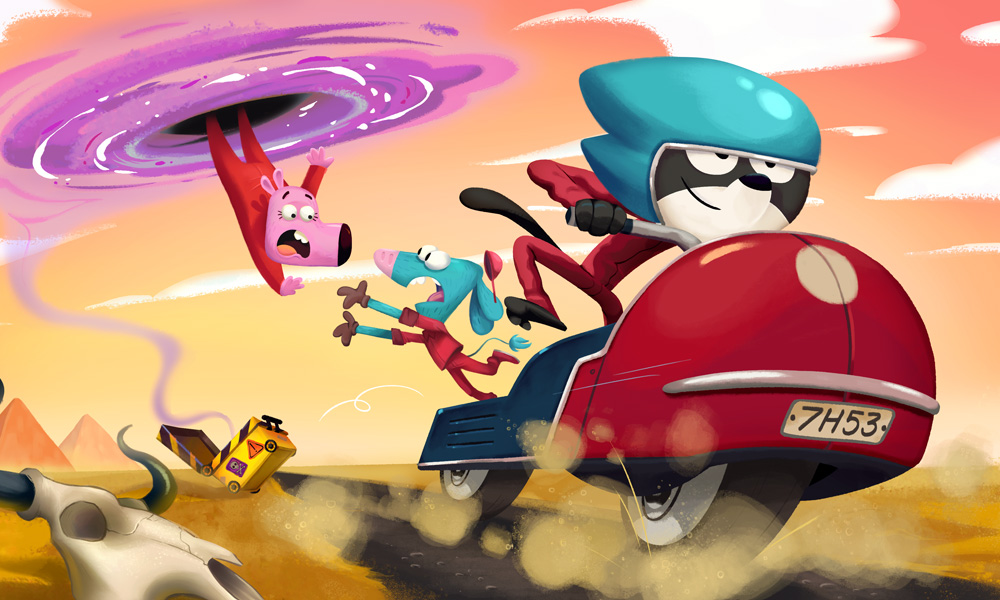 Everybody loves to receive an exciting package, but who delivers the truly tricky, awkward, impossible ones to far-flung, often dangerous destination at top speed, safely, and all tied up with a bow? The IMP-EX! This elite package delivery service takes pride in posting the impossible: a black hole, the Loch Ness monster, a beehive, a magic carpet, Jack’s beanstalk beans or even hair care products for a grumpy Medusa. Pronto’s team of underdogs are determined to prove they’ve got what it takes to deliver the world’s most impossible packages.

“In just a few short months, Zephyr Animation has assembled a great slate of projects with top-class co-production partners,” said David Sauerwein, Zephyr Animation’s Chief Creative Officer. “We’re now thrilled to be working with the wonderfully creative team at Gigglebug on Pronto which we’re confident will delight kids and families around the world with its very original concept, action-packed adventures and endearing characters.”

“With Pronto, we want to tell the story of a young delivery hero with the most amazing job in the world. But he has a hopeless sense of direction and zero natural talent for the job. Still, Pronto always manages to come out on top, because his heart is his compass. It’s the kind of lovable comedy underdog superhero story that really tickles us. Bumps, bruises, and blunders guaranteed,” said Gigglebug’s Harlin. “Lionel and David are wonderful people who set their eyes on the premise about a year ago and we are thrilled to have sealed this partnership in order to bring this story to the global stage.”

APC Kids’ Zephyr Animation launched in September 2018 to develop its own projects as well as co-developing and co-producing properties with partners from around the world. With an emphasis on strong international sales potential, Zephyr shows will cover all children’s demographics from preschool to kids aged 6-9 and across all genres from action/adventure to comedy.