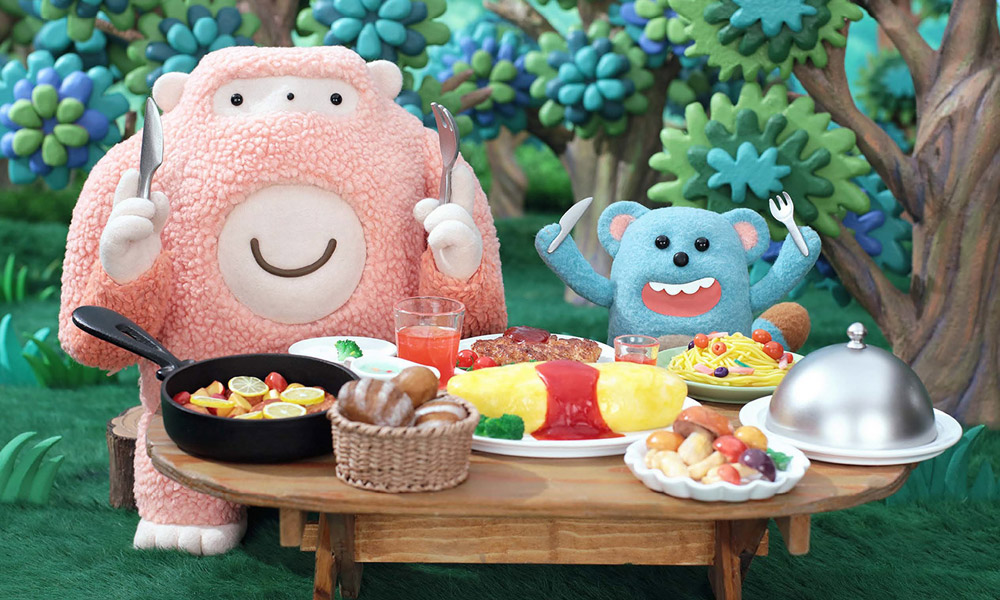 Based on a multi-award winning short film of the same title by Tsuneo Goda, Mogu & Perol centers on Mogu, a tall, soft, and shy monster who loves nature, and Perol, an explosive yet loveable little creature. Together they invite the audience to share in the joy, adventure and creativity of their day-to-day life on the lush gardens of Mori Mori Island.

“Three years ago Lionel Marty and I fell in love with Tsuneo Goda’s beautiful short film, and to be developing the series along with a major broadcaster such as France Télévisions is a true privilege,” said Sauerwein. “The series revolves around two characters that couldn’t be more different from each other yet complement one another perfectly, which promotes the beautiful idea that we can all benefit from each other’s differences. Nature also plays an important part in the series, and we feel very fortunate to collaborate with dwarf studios to bring the beautiful island of Mori-Mori and its inhabitants to life.”

“Mogu & Perol was created by Goda with a wish to deliver a positive message about understanding each other’s differences through enjoying yummy food and the joy of appreciating the beauty of nature,” noted Okada. “We are thrilled to have the opportunity to reach a wider audience by partnering with our wonderful friends, APC Kids and Zephyr Animation.”

Pierre Siracusa, Head of Animation at France Télévisions, added, “It is a great idea to start with this all-pink Mogu, born in a fruit tree bud, and his all-blue best friend Perol, born from a volcanic bomb. Not quite animal or human, these two creatures live in nature and more precisely in a tree-house. Their temperament is totally different: one is calm and the other excited, one silent when the other is talkative, yet they adore each other and learn to live together despite their differences.

“Other animals live next to them in the tree and in the forest, and so far nothing abnormal. Unlike European series, we can feel the pantheism and influence of Japan — the Gaia Mountain associated with a cloud acts as a parental link. Mogu and Perol confide in and console themselves with him. These stories which immerse us in nature, speak of time through the more contemplative gaze of Mogu and the spontaneity of Perol. Should we see here a critic of the speed of our way of life (Virilio), and an ethic based on spontaneity? In any case, a very nice stop-motion project in line with the subject.”