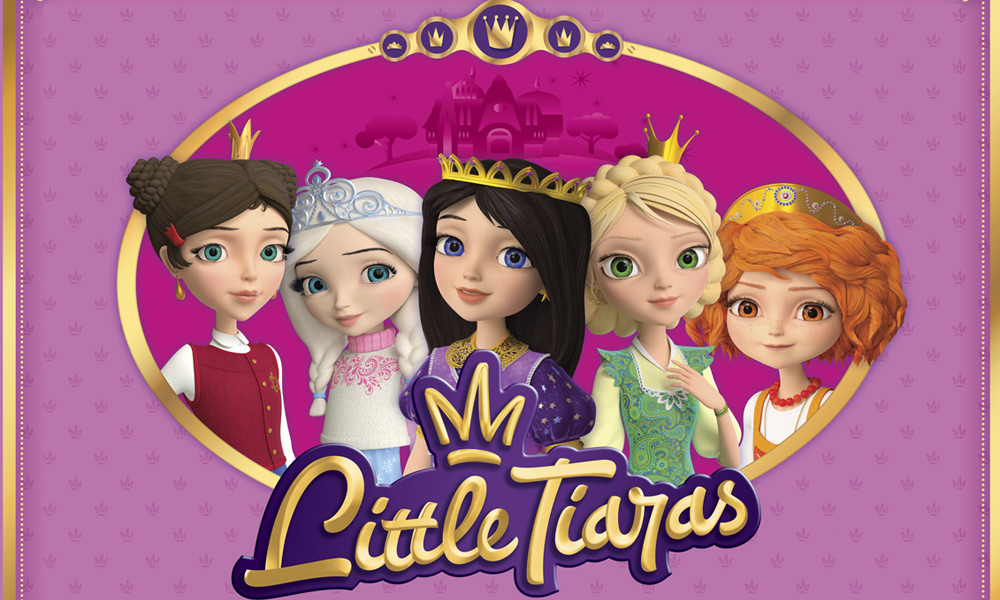 APC Kids will launch the magical 52 x 7’ series Little Tiaras, aimed at girls aged 4-7, at MIPJunior and MIPCOM. APC holds global rights outside of Russia, CIS and mainland China to the show, which is produced by Melnitsa Animation Studio and owned by CTC Media and CTB Film Company.

Little Tiaras stars five Princesses – Rooney, The Rusty Haired Princess; Lisa, The Frog Princess; Daria, The Never-A-Laugh Princess; Helen, The Fair Princess; and Dorma, the Sleeping Princess. They arrive from faraway lands to study wizardry on a mysterious island of Wondermont. Adventures, secrets and dangers await them on their way to learning the wisdom of magic taught by a great wizard known only as The Immortal. Welcome to Wondermont School of Magic!

The first season of 26 episodes is available after premiering in Russia in Fall 2018 (CTC and Carousel). The second season is airing in Russia from Fall 2019 and will be available in 2020. APC is bringing on board U.K. story editors David Moore (Paddington, Thomas and Friends, Claude, Teletubbies) and Emma Hogan (Ollie, Boy Girl Dog Cat Mouse Cheese, Peek Zoo) to work on the new episodes.

“APC Kids and CTC have developed a hugely successful relationship over the last few years, creating and rolling out the TV series and licensing program for Kid-E-Cats. We plan to emulate this model with Little Tiaras,” said Lionel Marty, Managing Director of APC Kids. “We are confident that the storylines of friendship, adventure and magic will resonate with young girls globally.”

Ksenia Gordienko, Director of Animation Department, CTC Media, added: “We are very happy to see our partnership with APC Kids growing. Together we will be working on the global roll-out strategy for this brand. The magical project will be presented for the global audience in the upcoming MIPJunior and MIPCOM in Cannes.”