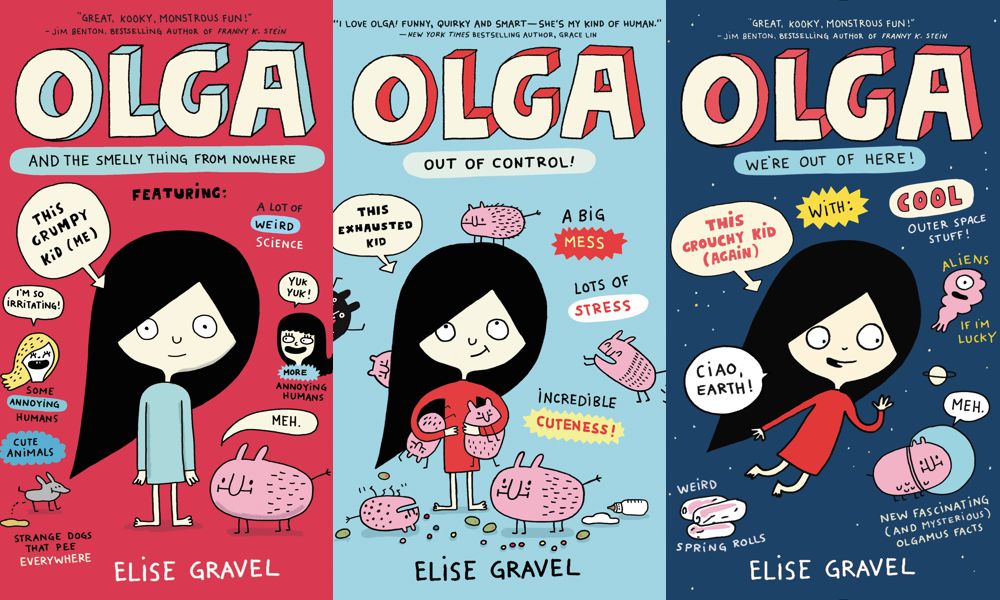 Montreal-based independent studio Apartment 11 is developing its second animation series, having optioned the rights for the popular children’s book series Olga by local author Elise Gravel. The project brings Olga — a fierce, animal-loving kid scientist — to the screen for the first time, allowing school-aged viewers around the world to follow her wacky adventures.

“The Olga books are loved by kids all over the world, so it’s super exciting to be working with Elise Gravel to bring the observant, independent and very funny Olga to the screen at a time when kids’ content has never been more popular,” said executive producer and Apartment 11 President Jonathan Finkelstein.

The 26 x 11’ animated series follows the action, adventure, suspense, gross stuff and big life changes of a slightly grumpy girl scientist who loves animals more than humans, even the ones who stink and pee on your shoe, until she discovers a unique species that may-or-may-not be an alien. It leads Olga to realize that some humans aren’t so bad, and it takes a village to raise a Meh.

“My fans have been asking for more Olga stories, so I’m thrilled that she’s coming to the screen for the first time and can reach a wider audience through our collaboration with Apartment 11,” said Gravel.

The project is supported by the CMF-SODEC Predevelopment Program for Television Series Based on Literary Adaptations.