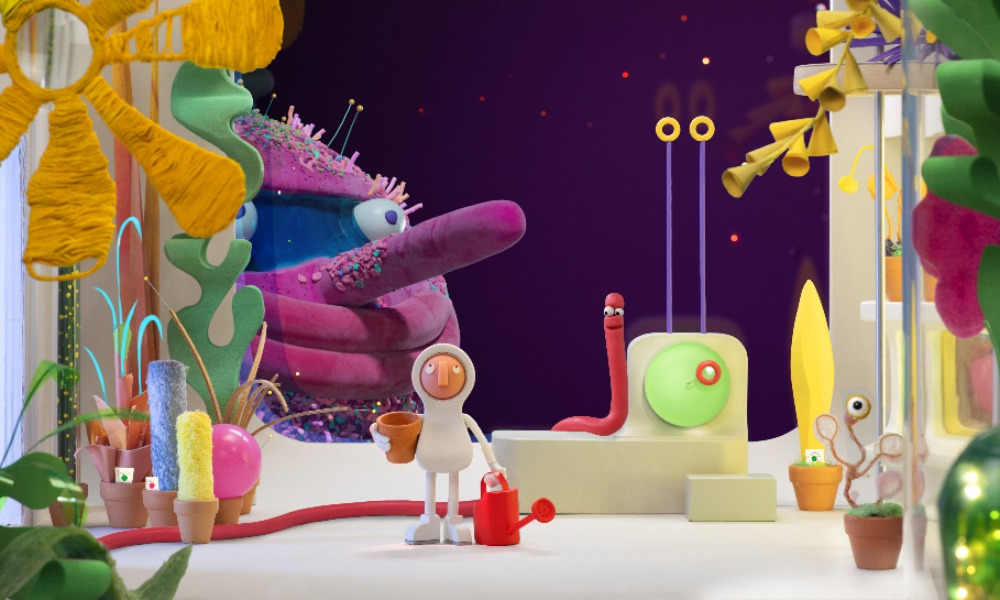 Norwegian production companies Imaginær Film and Animasjonsdepartementet are celebrating the selection of their animated series Yukon – Space Botanist by the Annecy Festival as one of the carefully chosen Mifa Pitch projects competing for a prize at this year.

Heading into the festival (June 13-18), Meta Media Entertainment has been appointed as international distributor for the series, which has the support of the Norwegian public broadcaster NRK. Screenwriter Sara Daddy has also signed on as head writer on the project, bringing her experience on Emmy and Annie Award-nominated shows such as Puffin Rock, Claude and more to the show.

Yukon is a sci-fi adventure for upper preschool children, but can be enjoyed by anyone. Our hero is sent on a mission to collect seeds and plants for future generations. In short stand-alone episodes, Yukon travels to the furthest regions of space where every day is a new adventure. The series aims to inspire kids’ interest in creating and exploring through surprising and vivid visuals.

The creators of Yukon are Martin Engh and Jakob Thommessen, whose company Animasjonsdepartementet has been producing animated commercials in Norway since 2009, winning awards both nationally and internationally.

Imaginær Film is run by producers Eirik Smidesang Slåen and Elisabeth Opdal. They have produced or co-produced a number of award-winning animated box-office successes such as In the Forest of Huckybucky, Captain Sabertooth and the Magic Diamond, Louis and Luca – Mission to the Moon and more.

“As producers, this is one of those projects that you dream of having in your slate — wildly creative with strong and resonating characters set against a backdrop which allows it to expand and expand,” commented Smidesang Slåen and Opdal.

Sarah Cooper, Founder of Meta Media Entertainment, added, “Yukon is a captivating and original project with a look which really stands out. I am sure that the lovable characters and the timely theme of wonder at the diversity of nature will resonate with children around the world.“

Meta Media Entertainment is a London-based specialist distributor of childrens’ animation established in 2016, representing a growing catalogue of high-quality content from around the world which it licenses to broadcasters and platforms worldwide.