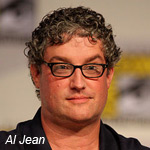 Animation writers and exec producers aren’t happy with the TV Academy this year. Variety reports that more than 50 animation exec producers and writers, including Seth MacFarlane of Family Guy, Matt Groening and Al Jean of The Simpsons and Patric Verone (Futurama) registered a complaint on Monday over their inability to submit animated scripts in non-animated writing categories at the Primetime Emmys.

The letter, sent to the TV Academy and its chair, Bruce Rosenblum, is the result of the presence of NBC sitcom Community in two animated Emmy categories for the 2012 awards. Community featured an animated episode this past season (“Digital Estate Planning”) and earned a spot in the animated program competition. Also, an animated web series featuring the show’s characters has been submitted for a short-form animated consideration.

“What they are doing with Community is what we said they should do all along,” Jean told Variety. “Why not? If a writer of an animated program wants to submit for a writing Emmy, great. And if it’s not good enough, it won’t win. That’s all we’ve ever asked for 20 years. In fact, as an animation branch member, I can’t even vote in the writing category, and I’ve been a writer for 30 years.” 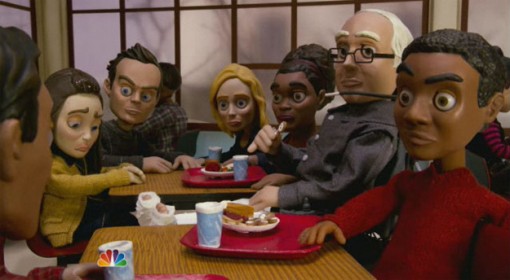 The letter states, “We have been told that animated program writers could not also submit their work for writing Emmys, for reasons we never understood, but supposedly pertaining to the purity of the branches. This is why no one was more startled than we when last year Community was able to submit for comedy series, writing and animated program, in the face of everything we had been told for two decades. We were told that for some reason, a one-time waiver was granted.”

“Imagine our surprise when this year we see Community once again eligible for comedy series, writing, animated program, and short-form animated program. This letter is in no way intended to be a slight on the terrific show Community but a request from us to enjoy the very same rights they now do. Clearly the Academy’s ban on submitting in multiple categories is being enforced in an arbitrary and unfair manner.”

The letter concludes by requesting that animated programs be able to submit for both animation and comedy series as well as in the writing category.