Animation and live action haven’t always gotten along terribly well together in the same frame — Who Framed Roger Rabbit? excepted. But with the tech getting better and animation becoming increasingly popular, the creators of Disney XD’s new comedy series Kirby Buckets have decided to give it a fresh take.

The series, which premieres Oct. 20 at 8 p.m. ET/PT, is mostly a live action show about young Kirby Buckets, who wants to be an animator. Kirby’s interest in animation is so intense that his drawings take on lives of their own — providing a perfect entree for animation.

Take a look at a scene:

Executive producer Kristopher Brown, who has extensive credits in both live action and animation, says Titmouse Animation was his first choice to handle the animation thanks to his longstanding friendship with its founder, Chris Prynoski, which goes all the way back to their days working on Beavis and Butt-head for MTV.

“Some of our storylines lend themselves a little more organically to having animation in that some of our stories involve Kirby and his artwork or his interest in animation,” says Brown. “Those ones, the animation just works really smoothly as far as how you work it into the story.

“Some of the other stories are really more about Kirby and his friends and the adventures and or situations he’s getting into and in those stories, often the animation pops up and says something funny or comments on the situation or helps inspire an idea for Kirby. Those ones get a little trickier because you’re trying to pick and choose your spots where to bring in animation without interrupting the flow and adding to the entertainment of the whole episode.”

Most of the animated elements are written into the script and follow very specific rules, Brown says. “It’s all in Kirby’s imagination, and only Kirby can see it,” he says. “So you can’t have the animation appear in a scene that Kirby’s not present. We sometimes will have the animation in the shot with Kirby — sometimes a character will pop up over his shoulder and say something funny or comment to him — and sometimes it will be what Kirby sees. He will see something in a live action setting and the animation will appear there, whether it’s in front of a background or behind some characters.”

Shots with animated elements are ideally shot with a locked-down camera using a green screen to make it easy to add those elements. Sometimes, however, ideas will pop up in editing and Titmouse and the show’s visual effects company, Engine Room, will have to improvise a bit to make it work. “Titmouse has been great; they always find a way to make it work,” says Brown.

The style of Kirby’s artwork and animation came from Titmouse’s Freddy Cristy, who designs the characters and oversees the animation. “When there’s a new character that needs to be designed, Freddy will give us a couple options,” says Brown. “But what’s fun is I’ll say: ‘I really love the body on this one and I love the hair on this but I really like the eyes on this one. Can we see what a combination of that is?’ And he’ll quickly turn that around and we’ll quickly land on the design that we like.”

The animation process for the show includes creating animatics for everything that’s been written using a scratch track for dialog. Once Brown approves animatics, they are sent to Disney for network notes and approval, then it’s on to becoming a work-in-progress animation and the final animation is composited into the shot.

And with about three minutes of animation per episode, at 20 episodes for the first season, it puts significant pressure on the show’s post-production schedule.

“We’re doing single camera, trying to get a filmic quality and keeping the performances grounded,” says Brown. “And then you throw in animation … and it makes this an incredibly ambitious show.” 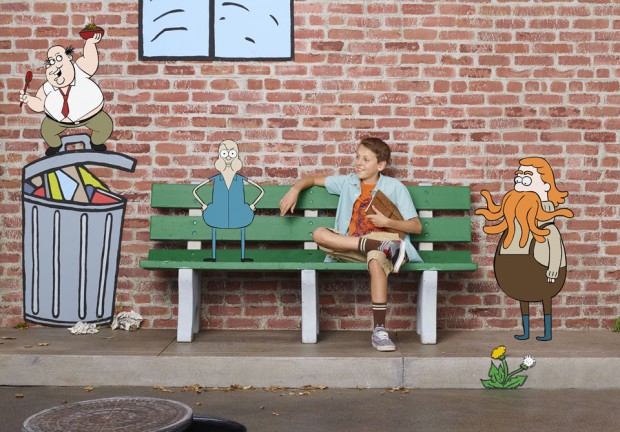 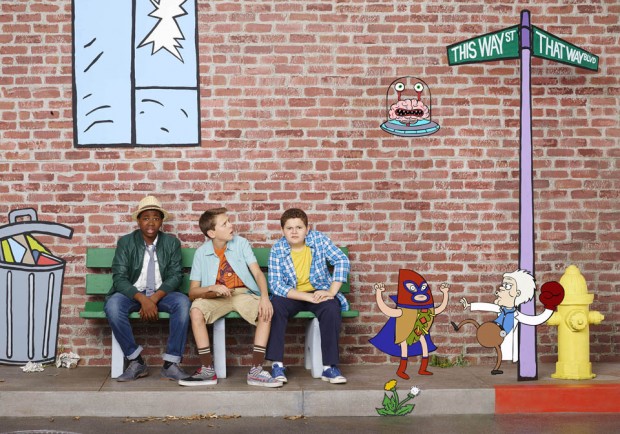