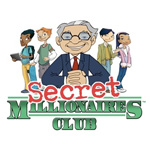 An animated version of basketball star Shaquille O’Neal will visit Warren Buffett’s toon Secret Millionaires Club, which airs this Sunday (January 20) at 9 a.m. on The Hub. Shaq, who is a savvy investor in real life, and has shares in Google and Tout, stops by the club to give some cool business tips to the kids.

The series is created in partnership with and voiced by famed investor Warren Buffett. The half-hour animated series features a group of entrepreneurial kids who learn the basic principles of business through a series of adventures involving an animated version of Buffett. Secret Millionaires Club teaches kids the value of money through education and giving back to their local community.

In the January 20 episode “Elena’s Shaqtastic Adventure,” Elena is tempted by an elite sports camp that may jeopardize her education so Warren Buffett invites his friend Shaquille O’Neal to help her make an informed decision.

The series is produced by A Squared Entertainment and Andy Heyward, former CEO of DIC Entertainment. For more info, visit www.hubworld.com. 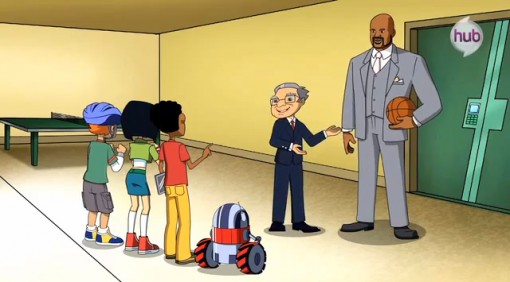 Sony to Release ‘Zambezia’ on Disc in March
GKIDS’ ‘The Rabbi’s Cat’ Rolls Out in the U.S.