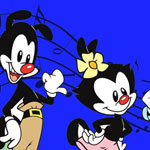 The irrepressible Warner Brothers Yakko and Wakko and their Warner Sister, Dot, may return to the screen with all-new madcap episodes of Animaniacs, about 20 years after they bid viewers adieu. A reboot of the hit ‘90s toon from Steven Spielberg is reportedly in development between Amblin Television and Warner Bros. Animation, according to IndieWire. Animaniacs has enjoyed a renewed popularity thanks to millennial nostalgia and accessibility through streaming platforms.

Animaniacs bowed on Fox Kids in 1993, then moved to Kids’ WB! In 1995, and aired for five seasons through to 1998. Animation vet Tom Ruegger, who had at the time had already helped bring hit series including Tiny Toon Adventures and Batman: The Animated Series to air, headed the creation of Animaniacs, with Spielberg as executive producer.

The show centered on three 1930s cartoon siblings — Yakko (voiced by Rob Paulsen), Wakko (Jess Harnell) and Dot (Tress MacNeille) — who finally escape their confinement in the iconic Warner Bros. water tower to run amok on the lot, causing chaos with their vaudevillian, slapstick-fueled notion of comedy. Animaniacs proved popular with both kids and adults, thanks to a rich vein of wink-wink, nudge-nudge humor running through each episode.

Recurring segments featured characters like the Goodfeathers, Buttons & Mindy, Slappy Squirrel, and Pinky & The Brain, who got their own show in 1995. Other notable voice actors including Sherri Stoner, Maurice LaMarche, Frank Welker and Jim Cummings featured in the show.

Among the accolades bestowed on the show are a Peabody Award and numerous Daytime Emmys, including Outstanding Children’s Animated Program (2), Outstanding Achievement in Animation, Outstanding Music Direction & Composition (4) and Original Song for the theme. Animaniacs was also nominated for several Annie Awards through the years. 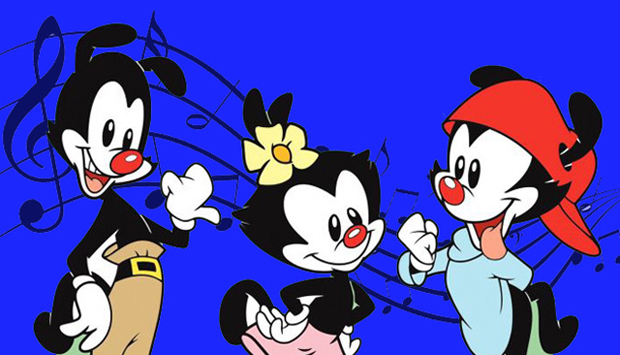