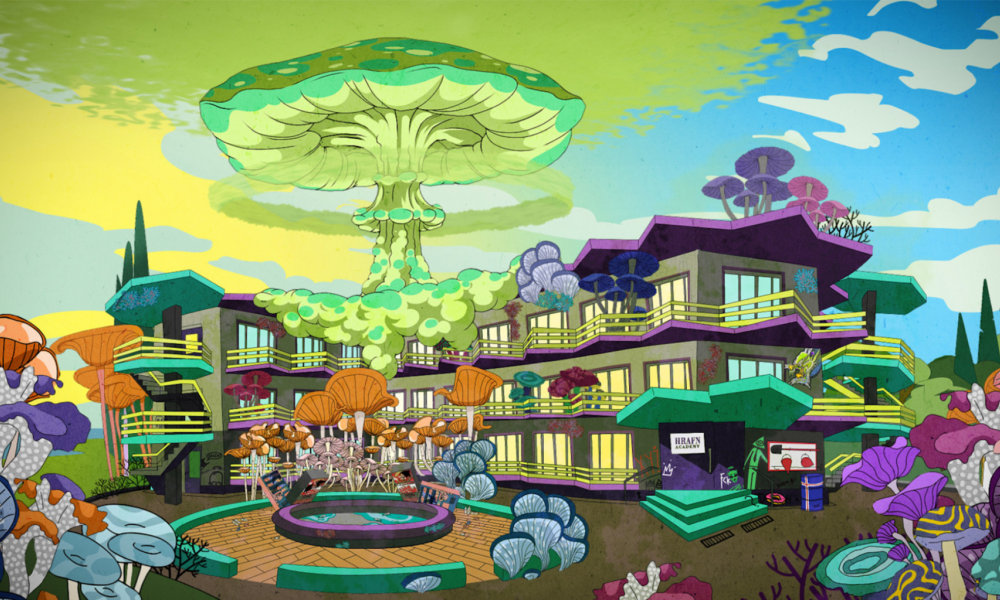 Animagrad Studio has released the teaser trailer for the weird and wild Hrafn Academy — the first English-language young adult animated series from Ukraine, which recently debuted at Cartoon Forum in Toulouse as the country’s only project selection for the 2021 event. The series revolves around a desperate, obsessed scientist who relies on his multi-talented students to further his mad experiments.

The first 12 x 22-26′ season has been in development at the Kyiv studio (part of FILM.UA Group) for a couple of years, with Animagrad teaming up early on with Icelandic animation studio GunHil (part of Sagafilm) to boost the project’s international potential. The producers are taking a cue from fan-favorite and critically acclaimed American animated series such as Rick and Morty and BoJack Horseman to craft the show’s distinctive dark humor and appeal to critical thinking.

The project marks a directional shift for the Animagrad, which is known for its family animated features The Stolen Princess and upcoming Mavka. The Forest Song and Roxelana as well as the preschool series Eskimo Girl.

“Now is the golden age of YA animation,” said Kateryna Vyshnevska, Head of Development and Co-productions at FILM.UA Group. “It’s a global trend that can tell wonderful stories and attract top talent. This train is gathering speed — just look at all the global streamers commissioning YA and adult animation out of the U.S. — and we are confident it will soon arrive in Europe.” 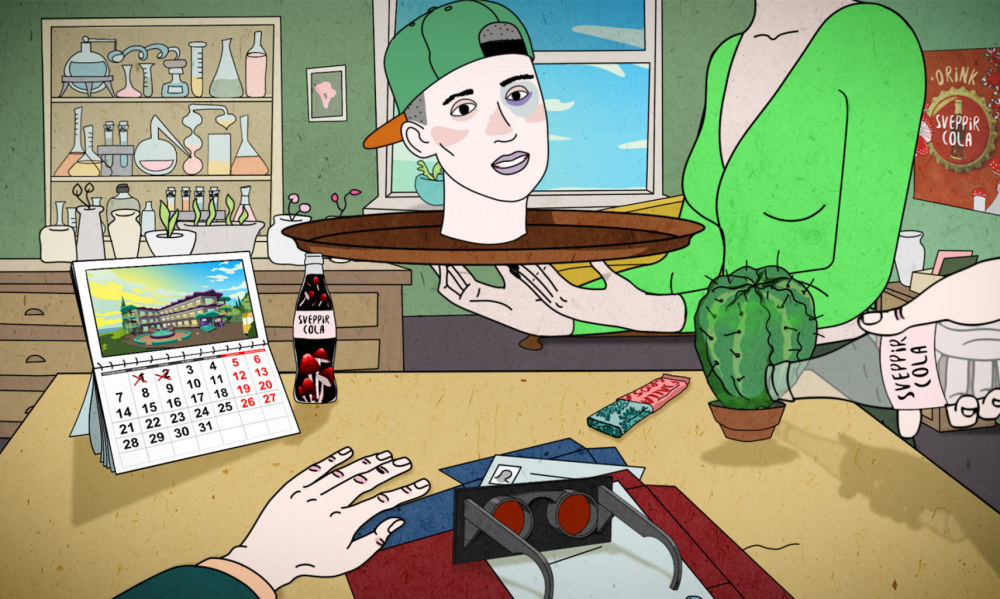 Its forthcoming arrival is evident, judging by the success of Hrafn Academy at Cartoon Forum 2021. The series engages with the YA audience and stands out with its distinct visual style (developed by a young Ukrainian illustrator, Myroslava Shevchenko). The well established European co-production event has previously given a jumpstart to another Ukrainian animation project with international appeal: the preschool series Brave Bunnies produced by Glowberry (part of FILM.UA Group). Brave Bunnies was also developed with the international market in mind, and first found success in Europe, before being sold back to Ukraine.

Hrafn Academy was also presented at the Série Series (Fontainebleau, France), a festival focused on European TV series, earlier this year as the only Ukrainian project in the selection.

An experienced team is working on Hrafn Academy: director Yevheniy Yermak, producers Iryna Kostyuk and Kateryna Vyshnevska, creator and screenwriter Andriy Zlanich and animation talents from the Animagrad Studio. The soundtrack was created by Yevhen Volodchenko, a member of the Ukrainian hip-hop band Kurgan & Agregat. 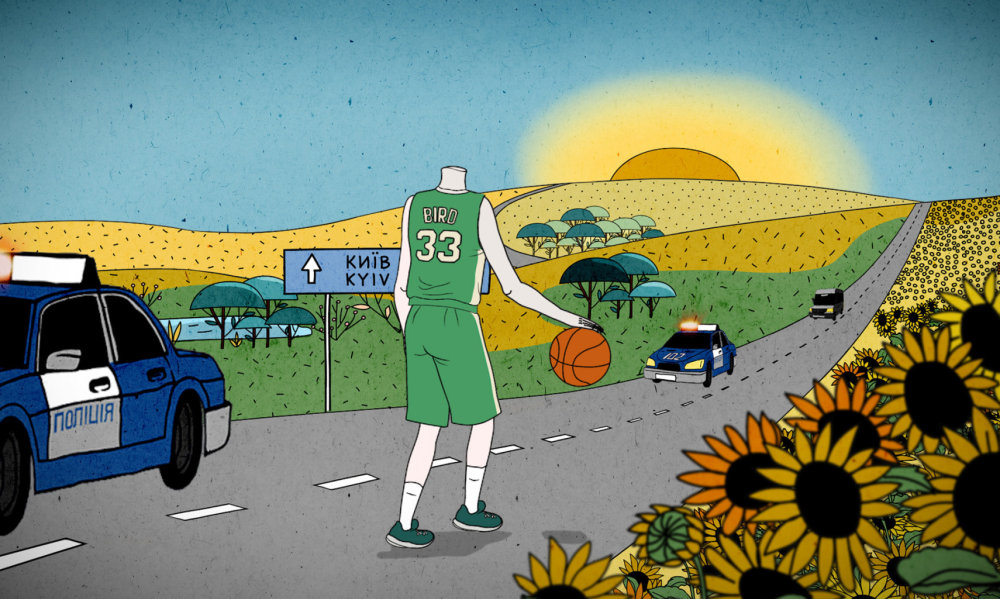 The plot of the series revolves around the brilliant Icelandic biochemist Hrafn Sigurdsson, who is terminally ill. As time is running out, his only chance to survive is to discover the cure on his own. The scientist opens an academy for gifted students —  in Ukraine, of all places. Is he looking for promising young minds to pass his knowledge to? Not really. The academy is a laboratory: Hrafn needs kids with an IQ level to match his own for clinical trials of the experimental treatments he’s developing.

Hrafn Academy pulls in explicitly Ukrainian details to firmly set the story’s location, with the artists referencing the 1960s boarding house Tarasova Gora in Kaniv to design the academy buildings. Hrafn’s assistant also has the unusual name “Adalberto Hnatyuk,” because he is an Argentinian of Ukrainian descent.

While the series is full of often dark and absurdist humor, the producers explain that the driving questions behind the story are: What does it mean to be different? And, does ‘knowledge’ mean anything if it’s not built on a foundation of human values? Highlighting the importance of critical thinking and intelligence in the modern world, where biotechnology, artificial intelligence and space exploration coexist with flat earthers, anti vaxxers and fake news, Hrafn Academy is about making a stand and finding one’s own answers to these questions.