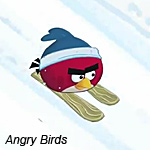 The Angry Birds are flying to Nickelodeon this holiday season. A new, exclusive holiday short titled Angry Birds: Wreck the Halls is set to premiere on Saturday (Dec. 17) during the 11 a.m. airing of Kung Fu Panda: Legend of Awesomeness in Nick’s Saturday morning animation block. The special is is a global exclusive to Nickelodeon and will air on Nick channels around the world starting Saturday, December 17.

In the short, the Pigs try to get away with the Angry Birds’ Christmas presents. After bickering with each other, Red and Bomb bird mount a bold gift rescue down the steep mountain slopes. Following a wild chase, Bomb finally catches up and is able to salvage the presents, wrecking the Pig’s halls in the process. But since it’s Christmas, the Birds feel pity for the Pigs and let them have one of the presents! Following the premiere of the short, viewers can catch the birds again at www.nick.com/watch.

Angry Birds was developed by Finnish computer game developer Rovio Mobile in December 2009. It has become the most downloaded games ever, with over 600 million downloads in the two years since it launched. The Angry Birds Seasons app with the Wreck the Halls holiday update is currently available in app stores worldwide. 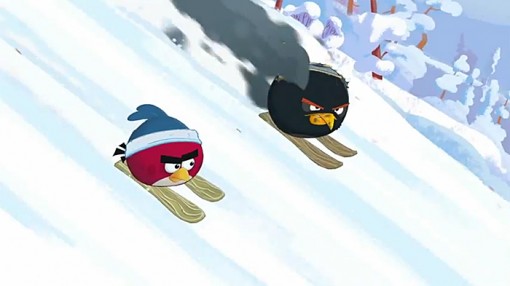