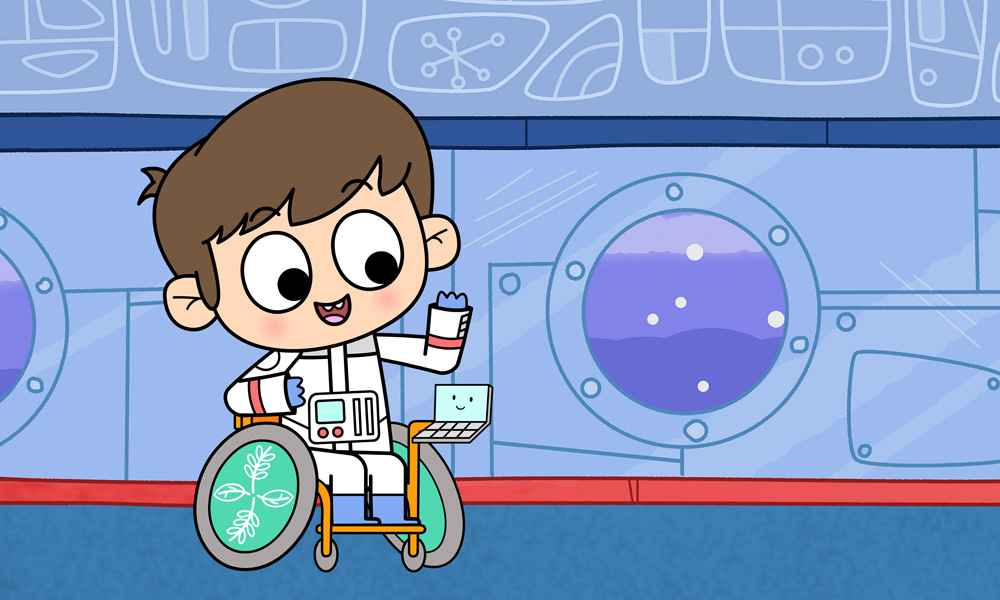 Andrew Kavanaugh, CEO and founder of acclaimed animation studio Kavaleer Productions was one of many TV watchers in Ireland who was won over by a charming boy named Adam King on RTÉ’s Late Late Toy Show last year. “We have a Christmas tradition of allowing children to stay up once a year to watch the Late Late Toy Show, usually a prime-time chat show that once a year gets turned over to kids,” he recalls. “Like most of the country last year, our family tuned in, and that’s when we were introduced to Adam, an extraordinary six-year old from Cork in Southern Ireland, with dreams of becoming a mission controller at NASA. Adam’s appearance was a ray of hope in perhaps the darkest time here, as the country entered a six-month lockdown and COVID cases spiraled.”

Kavanaugh was so inspired by Adam’s story that he began working on a concept based on the young boy’s world. He then reached out to the King family with a pitch over the show. “We knew from the start that Adam would be the star, and that a hero with a difference is the best starting point for seeing the world differently,” he explains. “In terms of representation, we knew from some of our prior collaborations (Pablo), how vital it is for children with additional needs to see themselves on screen — in this case, our protagonist is a wheelchair user. Persons with additional needs represent the largest single minority, and yet are the least represented on screen. The mission for this show is to demonstrate that no matter who you are, and what challenges you face, you can follow your dreams, and heart, wherever they may take you.”

One of the best things about the project is Adam himself. “I’m working with a real-life hero,” says Kavanaugh. “Adam has raised hundreds of thousands of euro in Ireland for his favorite charities through his ‘Virtual Hug’ greeting cards and his story has inspired everyone from Joe Biden to Richard Branson. I love how his journey is evolving as we go along, and it’s an honor to be part of that adventure.” 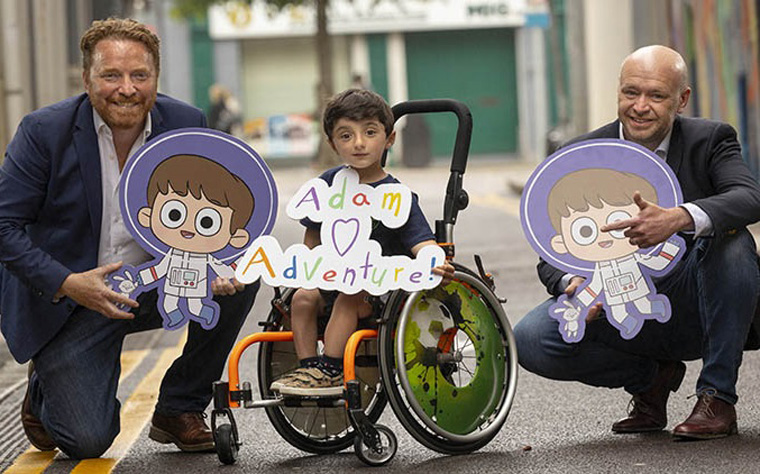 The animation veteran says he’s based several characters on real-life people before, but this is the first time he’s developing a show with a real kid. “Adam is very much our creative consultant (and space-expert) on the show,” says Kavanagh. “He has a wealth of ideas that gives the development a genuine playfulness and authenticity. I’m also getting to do work calls with the most amazing collaborators and consultants — including Dr. Norah Patten, a real-life astronaut. Working on this show has made me feel like a kid again, myself — no mean feat after 20 years of doing this!”

The animation is being produced in Ireland by a top-notch team that has worked on Kavaleer’s other hit shows like Boy Girl Dog Cat Mouse Cheese and Alva’s World. The plan is to start production mid 2022, with first episodes available for delivery by the third quarter of 2023. “We’ll be seeking co-production partners at Cartoon Forum and MIPCOM this fall,” says Kavanaugh. “The development has been handled by a small team of roughly 10 creatives, but for production we’ll be scaling up to a 40-plus crew.”

Kavanaugh mentions that it’s always challenging to create a show that’s a trailblazer. “In this case, we want to not only create the first preschool show with a wheelchair user as protagonist, but also to make a show set in space which teaches us something about how we can better look after our own planet,” he points out. “I think this is the single biggest issue facing kids today: They are expected to come up with ways to sort out the environmental mess previous generations have left them. And who better than a kid with differences to come up with a different way of viewing this problem? Our hook explores a way we can do this through the prism of strange and silly aliens that Adam encounters on his mission.”

“Just because it’s important, doesn’t mean it can’t be fun,” he adds. “The best sci-fi, from Star Trek to Silent Running, snuck in teachable moments like this, and our challenge will be to make this work for a preschool audience.” 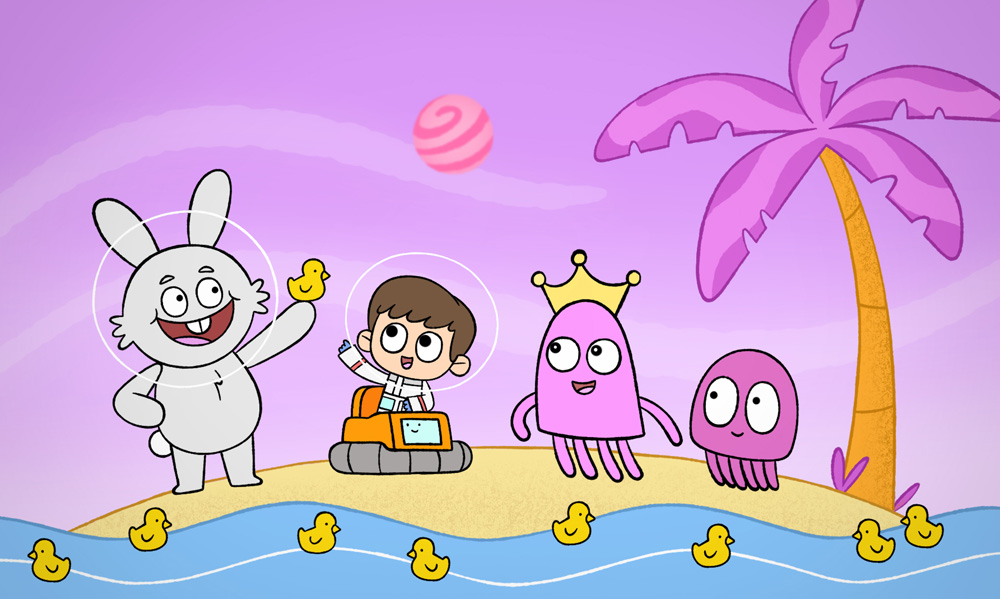 Of course, young Adam is one of the show’s biggest selling points. “He’s an extraordinary inspiration to everyone he meets and whose life he touches,” says Kavanaugh. “So far, we in Ireland have been lucky to get to know him over the past year, we really believe the rest of the world will come to embrace him as we have at home. We truly believe the most important element in any show is heart, and this show has an abundance of it.”

When asked about the thriving animation industry in Ireland, the studio founder believes there are a lot of more opportunities to get new properties off the ground than ever before in his home country. “The next couple of years feel ripe with opportunity — animation kept afloat when live-action production shut down last year, and remote working has helped studios find ever more efficient working methods,” he notes. “Kavaleer increased capacity by almost 50 percent toward the end of 2020, and our roster, both in terms of development and coproduction, continues to expand. There’s a lot more opportunity for diverse voices now, and our brand of inclusive, representative programming is really coming into its own. I’m very optimistic for the next couple of years.”

In addition to Adam ❤ Adventure, Kavaleer is currently working on: Circle Square (40 x 7′) with Wyndley Animation and The Brothers McLeod, which debuted in July on Channel 5 (U.K.); Alva’s World (52 x 11′), which was pitched at Cartoon Forum in 2016 and launches on RTÉjr and Sky Kids (U.K.) in September, followed by YLE (Finland) later in the year; and the second season of Watch Next Media and Cloudco Entertainment co-pro Boy Girl Dog Cat Mouse Cheese, which airs on CBBC (U.K.), Gulli (France) and RTÉ. 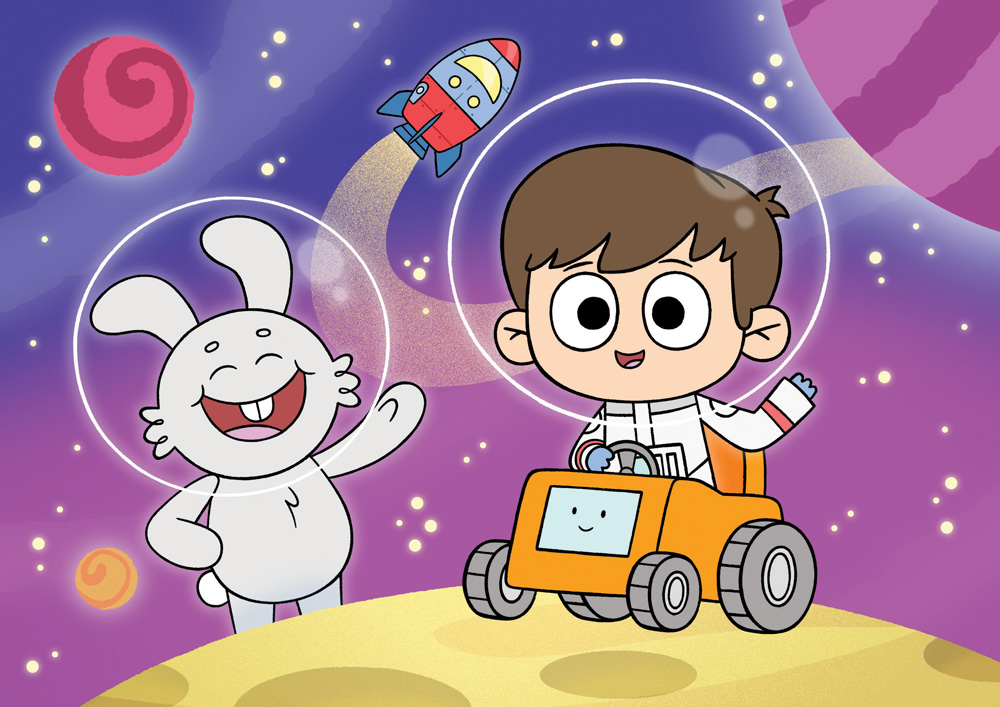