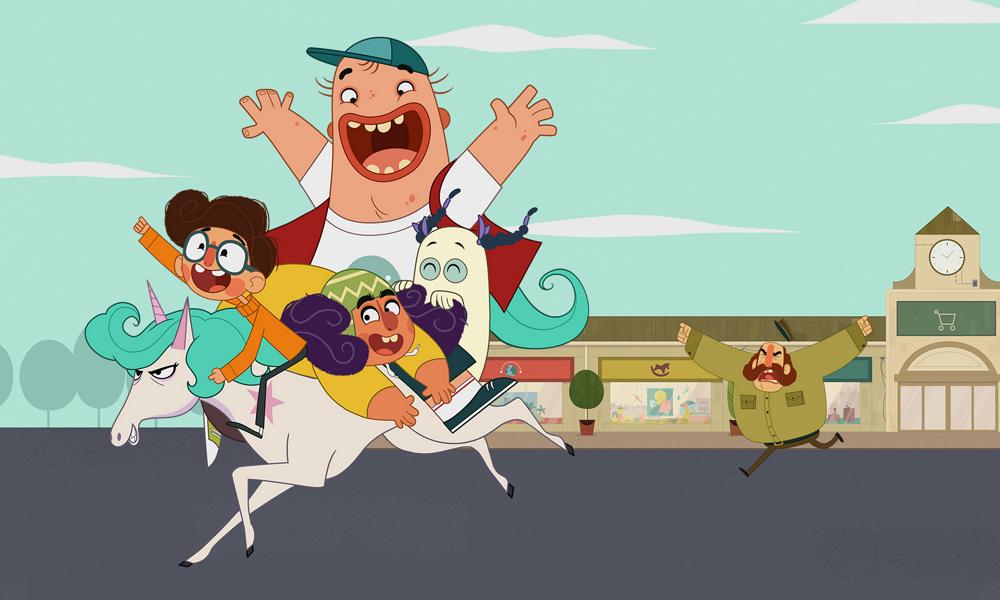 A normal kid named Dorg finds his life turned upside down when he befriends several paranormal characters (a cool unicorn, an ancient witch and an eerie ghost) and tries to disguise them as regular teenagers. That’s the clever premise of Dorg Van Dango, the hot new animated show based on an original idea by Fabian Erlinghäuser (Song of the Sea, Moone Boy) and Nora Twomey (The Breadwinner, The Secret of Kells) of Ireland’s acclaimed studio Cartoon Saloon. Canadian children’s content studio WildBrain will be taking Dorg to the new format MIPCOM Rendezvous Cannes hybrid market this fall.

“Beyond the fantastic writing and quality animation, I love that we were able to work on a truly international series with a creative team spanning between Canada and Ireland – Matt Ferguson (series director) and James Brown (producer) in Canada, and Fabian Erlinghauser (creator) and the Cartoon Saloon team in Ireland,” says WildBrain Studios’ exec VP and general manager, Amir Nasrabadi. “I also have to mention the geat partner support from Nickelodeon, Family Channel and RTÉ spanning the globe.”

Production on the show began in early 2019, and one season (52 x 11′) has been completed to date. The animation, voice-records, character and backgrounds builds were handled by WildBrain Studios in Vancouver, with writing, design, storyboards and post-production handled by Kilkenny-based Cartoon Saloon. Dorg Van Dango is animated in Toon Boom Harmony, and backgrounds are painted in Photoshop.

Nasrabadi says the animation style is a really interesting blend of the hand-drawn style that Cartoon Saloon is famous for (Secret of Kells, Song of the Sea), and WildBrain Studios’ influence of snappy, pose-to-pose, ‘cartoon-y’ animation. “Our characters really pop in Dorg Van Dango because they’re treated dimensionally, but they live in a flat, graphic environment,” he explains. “We also incorporated a very subtle ‘cell shadow’ layer to the characters to separate them from the background which contributes to the traditional hand-drawn feel we were striving for. Overall, this is one of the most visually unique shows we’ve done.”

Dorg Van Dango premiered in March on RTÉ 2 Ireland and in August on Family Channel Canada. It’s rolling out worldwide beginning this fall on Nickelodeon in the U.K., Australia, Scandinavia, France, Italy, Spain, Central Eastern Europe, Poland, Israel, Latin America, Asia (excluding China), India, the Middle East and North Africa. According to Nasrabadi, the reaction to the show has been great. “Viewers are drawn in by the colorful and unique style of the show and sticking around for the funny, unpredictable storylines and characters. In Canada, Chance Hurstfield, voice of the main character Dorg, won the Leo award for Best Voice Performance in Animation. This really is a unique 2D animated comedy for kids.”

In addition to Dorg, the WildBrain team is showcasing a great slate of content at MIP, including the just-announced Green Hornet, reimagined by renowned filmmaker, screenwriter and actor Kevin Smith. “We’re also excited about brand-new Johnny Test for Netflix, from creator Scott Fellows,” adds Nasrabadi. “Both series will be produced out of our Vancouver studio. We’re also working on some new seasons of much-loved Chip and Potato for Netflix, and classics like Fireman Sam and Polly Pocket with Mattel, and lots more new content soon-to-be announced!” 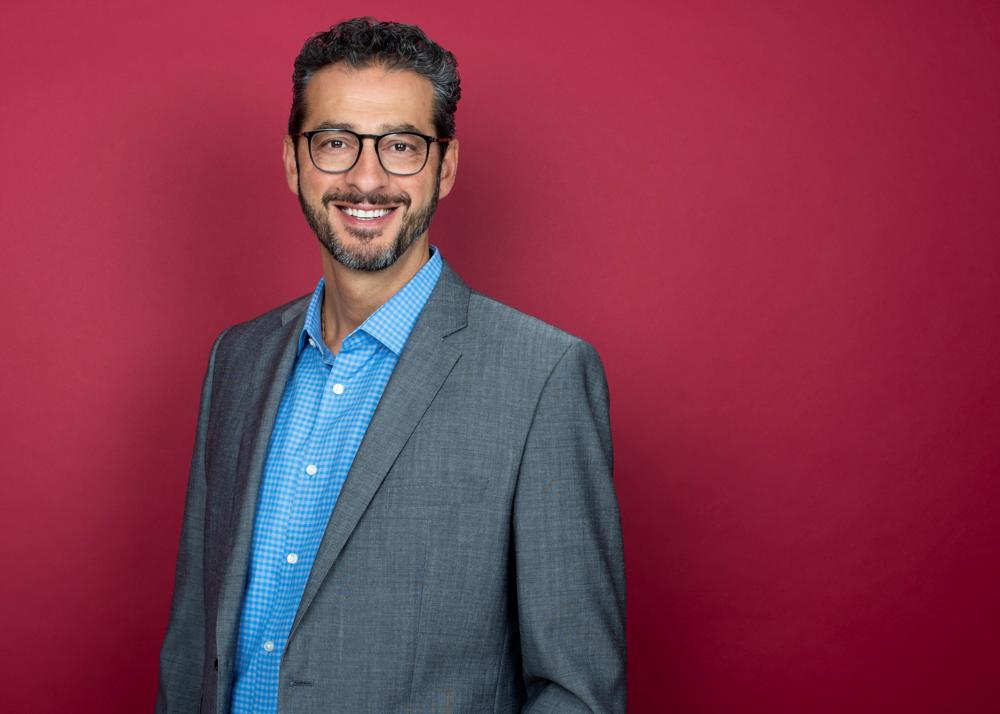