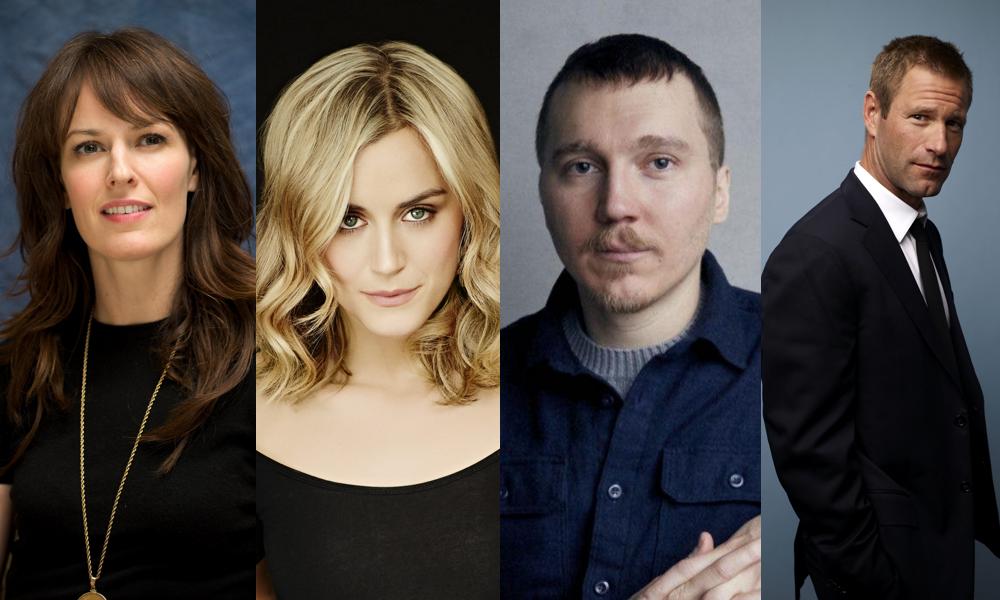 AMC Studios has revealed the lead voice cast for its upcoming animated primetime drama, Pantheon — an hour-long adaptation of Ken Liu’s short sci-fi series which received a two season (eight episodes each) order back in March.

The first season of Pantheon will center on a bullied teen named Maddie who receives help from a mysterious new online ally. The stranger turns out to be Maddie’s recently deceased father, David, who has been uploaded to the cloud following an experimental brain scan. The first of a new king of being, an Uploaded Intelligence, David will not be the last, as a global conspiracy threatens to trigger the next evolution of world war.

Indie studio Titmouse (Big Mouth, The Midnight Gospel, Mao Mao, Heroes of Pure Heart) is producing the animation, which is described as a fresh take on graphic realism created in traditional 2D with modern tools.

Taylor Schilling has received two Golden Globe nominations for her performance as Piper in OITNB and was recently seen in supernatural thriller The Prodigy. She also played Nurse Veronica in TV series Mercy.

Rosemarie DeWitt is an award-winning actress most recently seen in Little Fires Everywhere; her series credits also include The Last Tycoon, United States of Tara and Mad Men.

Aaron Eckhart was nominated for the Golden Globe for his performance in Thank You for Smoking and is known in fandom circles for playing Harvey Dent/Two-Face in The Dark Knight. Recent credits include Midway and The Romanoffs series.

Paul Dano is the only star on Pantheon‘s list with voiceover experience, having played the giant goat-creature Alexander in the Spike Jonze hybrid adaptation of Where the Wild Things Are. His credits include BBC’s 2016 War & Peace and feature film Okja. He received a Golden Globe nomination for Love & Mercy. Dano is set to play Edward Nashton/The Riddler in Matt Reeves’ The Batman, due out Oct. 2021.