Alphanim and Studio Campedelli’s new CG-animated Calimero series will air on RAI in Italy. Created in 1963 by Nino Pagot, Toni Pagot and Ignazio Colnaghi, Calimero originated as a series of animated advertisements part of the “Carosello” advertising show broadcast on RAI through the 1960s and 70s. More than 70 hours and 290 episodes of entertainment programming were then produced in the 1970s and 1990s, airing in over 79 countries.

Alphanim developed the new 104×11’ CGI series with TF1 in accordance to the direction of Marco Pagot. Delivery is scheduled for the brand’s 50th anniversary in 2013. Alphanim distributes the program and manages the brand internationally on behalf of Calidra, the right owner. Rai Fiction and Studio Campedelli will be the Italian part of the project.

The original show centered on a charming but clumsy anthropomorphized black chicken who wore half of his egg shell on his head. 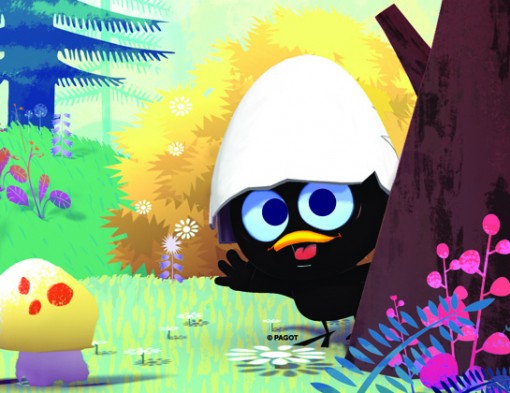