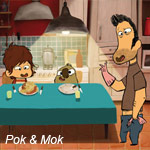 Alphanim is unveiling a new animated series titled Pok & Mok at the Mip Junior and MIPCOM market next week. Produced for France Télévisions, the 76 x 7’ comedy is directed by Isabelle Lenoble, one of France’s most prominent women in animation. Lenoble’s stop-motion studio Vivement Lundi! is co-producing the show, which has already been picked up by Spain’s Motion Pictures and Disney XD in Latin America. Canal +, which also participates in the co-production, will get the first broadcast window in France in October.

Stylistically, the show mixes a variety of techniques—interiors are built in scale-models and outdoor environments are depicted via photomontage techniques, where characters are integrated in 2d animation. The show centers on the daily adventures of the eight-year-old Mok and his furry sidekick Pok and what the press notes call “their goofy discovery of sustainable development.” 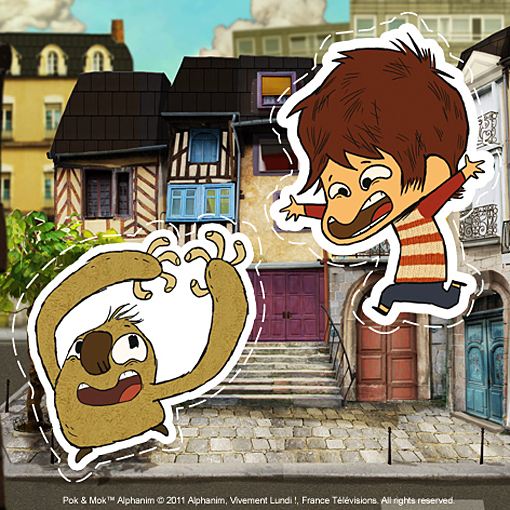 Alphanim, the studio behind such animated hits as Galactik Football, Robotboy and Santa’s Apprentice, is also producing a new 104 x 11’ CG-animated adaptation of the Calimero property for a 2013 delivery. The studio will be exhibiting at MIPCOM under its parent company Gaumont stand LR3.01.