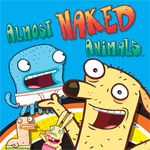 Canada’s 9 Story Entertainment has announced that CiTV U.K. has renewed the hit animated kids comedy series Almost Naked Animals (52 x 22) for a third season. The 2D-animated show which is produced and distributed by 9 Story was recently nominated for a BAFTA Kids’ Vote Award.

The series blends irreverent comedy with a strangely lovable assortment of free-spirited undies-clad animals, who run a beach-front hotel like kids at a summer camp and do their best to make each day more fun than the last. The crew is lead by top dog and hotel manager Howie, who has the attention span of an 11-year-old in a videogame arcade.

Almost Naked Animals has been chosen as one of People Magazine’s top kids shows to watch, and can be seen in the U.S. on Cartoon Network and in Canada on YTV and VRAK, in addition to leading international channels including ABC Australia, Disney Channels in Italy, India, Latin America, Spain and Portugal, NPO’s Z@pp/Zeppelin in the Netherlands, Super RTL Germany, Canal+ Family, Nogal Isreal, RTE Ireland, DR TV Denmark, and Teletoon+. The series’ licensing program includes home entertainment, toys and apparel, an online game, e-commerce store and social networking partnerships. Learn more at www.9story.com. 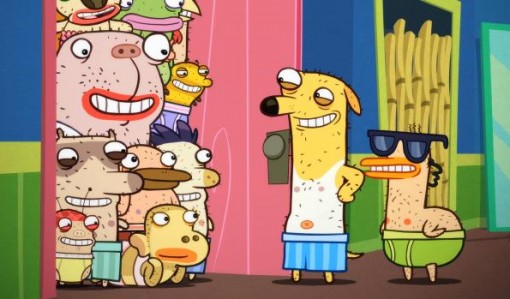