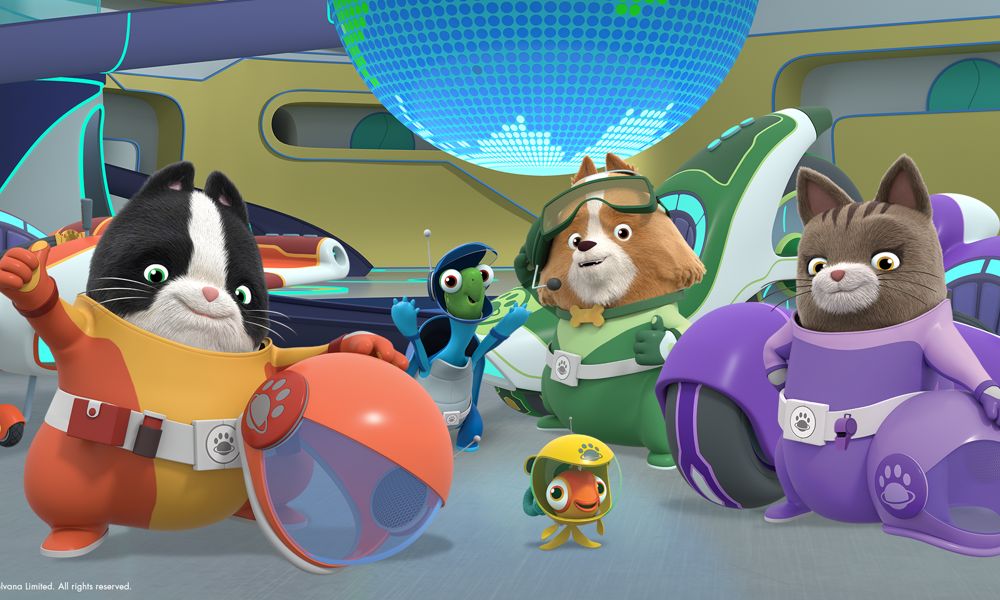 redknot, a joint venture between Nelvana and Discovery, has greenlit a second season of their inaugural series Agent Binky: Pets of the Universe (52 x 11′). Season 2 will begin production in Spring 2021 and launch on Corus Entertainment’s Treehouse in Canada and Discovery Kids in LatAm later next year.

“Agent Binky: Pets of the Universe is a playful and imaginative series filled with witty, slapstick humor that has connected with audiences around the world,” said Pat Burns, Executive Manager, redknot. “The new season will feature even higher stakes, more developed character arcs, and expansion into the P.U.R.S.T. world.”

Based on the bestselling Kids Can Press graphic novels, written and illustrated by award-winning creator Ashley Spires, P.U.R.S.T. agents Binky, Gracie, Gordon, Loo and Nola are back on the case and ready to protect their human families from even more aliens, robots, and interstellar threats. Certified and ready for action, this fur-tastic team is determined to go where no pet has gone before! Equipped with even more gadgets, the agents set off on exciting adventures, exploring new locations and meeting new friends in Season 2. The new season will also feature more holiday-themed episodes.

“As one of our first projects with redknot, we are elated with the success the first season received both in Latin America and worldwide,” said Adriano Schmid, Senior Director of Production, Discovery Kids Latin America. “There was never any question to us that these space agents had more ‘tails’ to tell. So we look forward to bringing young fans and their families fun stories about how innocence and resilience can go hand in hand — or paw in paw, in their case.”

Catch up on Season 1 of Agent Binky: Pets of the Universe on Treehouse On Demand and STACKTV, available on Amazon Prime Video Channels.