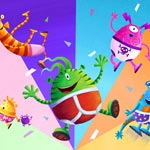 Underwear and outerspace collide in the new animated series Aliens Love Underpants AND…, coming to UK broadcaster Sky and the Sky Kids app this summer. Based on the award-winning children’s books by Claire Freedman and Ben Cort, the show is being produced by Tiger Aspect under head of animation and kids’ content Tom Beattie (Mr Bean, Charlie and Lola, Tinga Tinga Tales), with original songs by David Schweitzer (Charlie and Lola, Mike the Knight, Q Pootle 5).

“As a parent, I know how much kids love the fun silly songs that they repeat again and again (and again!)” said Beattie. “We’re looking forward to making our own, using the cast of brilliant and beloved aliens from the world that Claire and Ben have created. The catchy songs and get-up-and-dance routines will make these aliens pop stars for pre-schoolers and parents everywhere will be humming their songs!”

Aliens Love Underpants AND… will be adapted into 12 animated segments of two minutes each, in which the unmentionables-loving extraterrestrials will sing and dance along to ditties about cupcakes, spaceships, gobbledegook and more. The madcap lyrics and exuberant dance moves will entice kids ages 3-6 to join in.

“At Sky, we have the very best range of entertainment for kids and their families. We are thrilled to be working with Tiger Aspect to bring Aliens Love Underpants to rowdy life, to be adding great British comedy from Darrall Macqueen, and mesmerising mini-docs from Miniteve – we know kids will love these new shows,” commented Lucy Murphy, head of kids’ content for Sky. 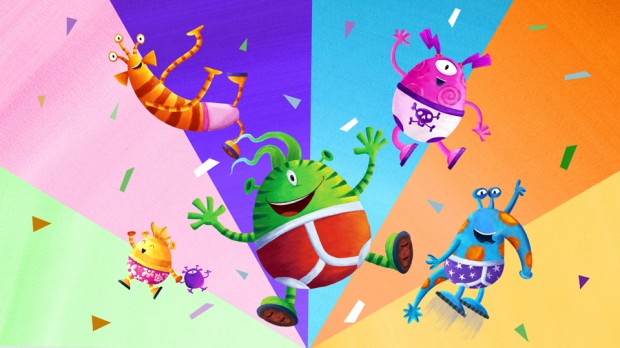