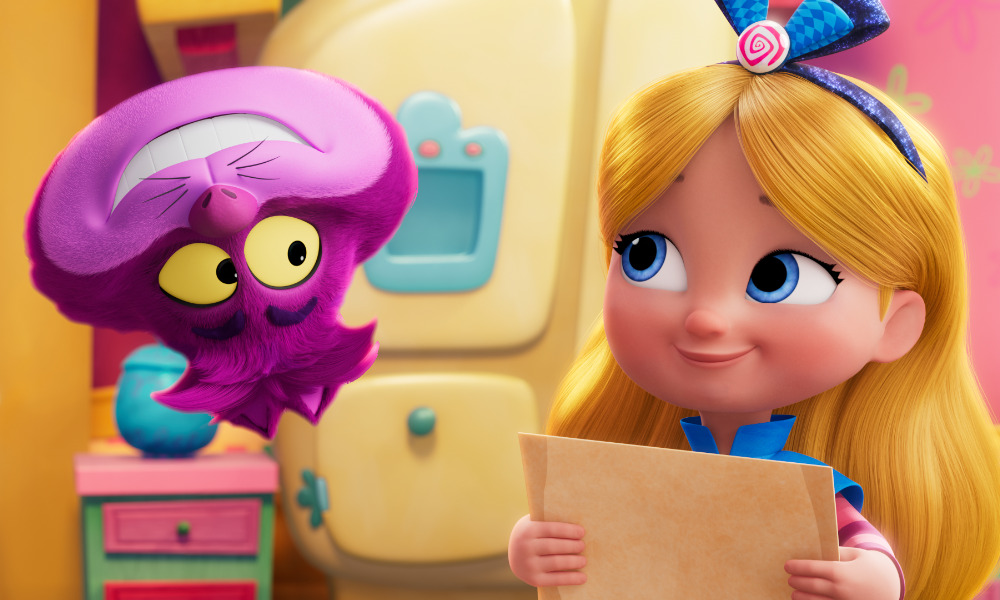 Unbirthdays. Rabbit holes. Talking doorknobs. Disney has embraced the wonderfully topsy turvy world of Alice in Wonderland as a beloved film and multiple park rides in Anaheim, Paris and Tokyo. This year, Lewis Carroll’s timeless story has inspired a new Disney Junior series, Alice’s Wonderland Bakery, that focuses on a descendent of the original Alice and her adventures as an inspired and adventurous chef. 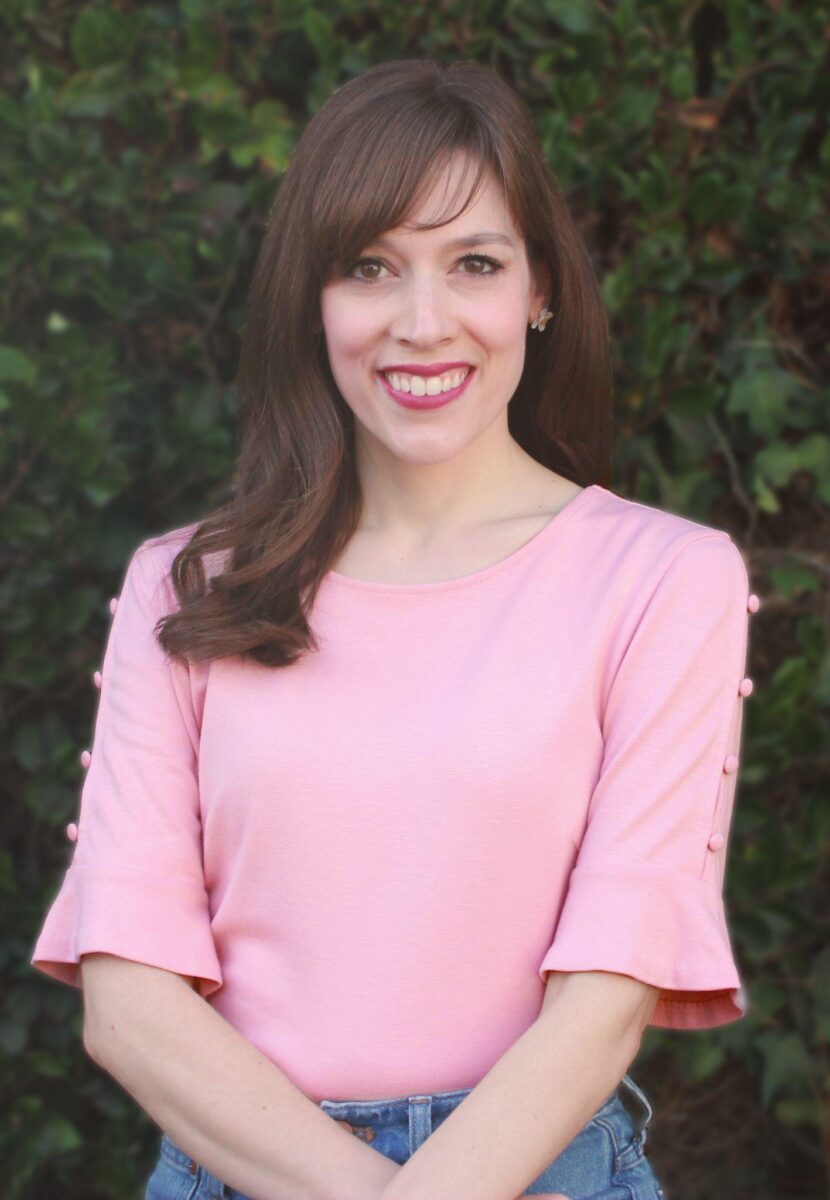 Executive producer Chelsea Beyl and co-executive producer and art director Frank Montagna recently talked to Animation Magazine about modernizing Alice and setting up a world where she brings together her friends around the food that she makes. The duo says they knew they wanted to include the feelings of curiosity and discovery that so many audiences loved in the 1951 film, which was directed by Clyde Geronimi, Wilfred Jackson and Hamilton Luske.

“You think about Alice as a character and she’s very fearless and curious as she goes through all these places in Wonderland,” says Beyl, who also took inspiration from her sister, a pastry chef. “That was a really wonderful quality that I wanted to make sure carried over for our new, reimagined, modern Alice, because I think kids really connect to her curiosity and also the determination and to keep trying, just like Alice kept trying to find her way through Wonderland.” 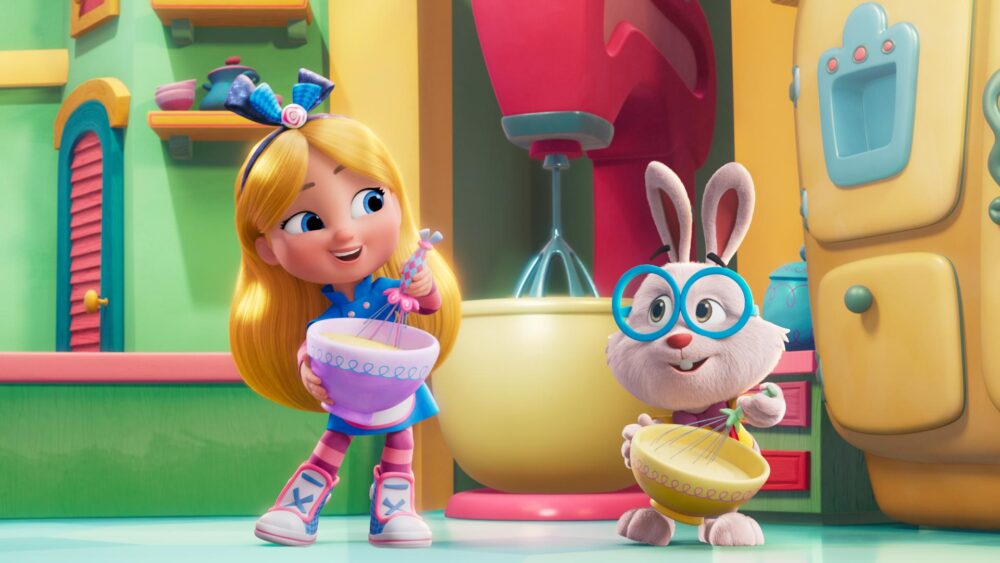 Baking as a Superpower

Beryl adds, “Our Alice in Alice’s Wonderland Bakery does the same thing. But of course, now she’s doing that through food and baking and recipes. Baking is her superpower. Also, for our show, I wanted Alice to have that family of friends. I think kids can see themselves in one of the other characters, whether it’s Hattie, who’s a little wacky, or Rosa, the princess of hearts. There’s also Fergie, who is a white rabbit who’s very loyal and a little frantic, but he will do anything for Alice.”

The design team found creative ways to merge the production design of the original film with the setting of the new series. The two blended in interesting ways. 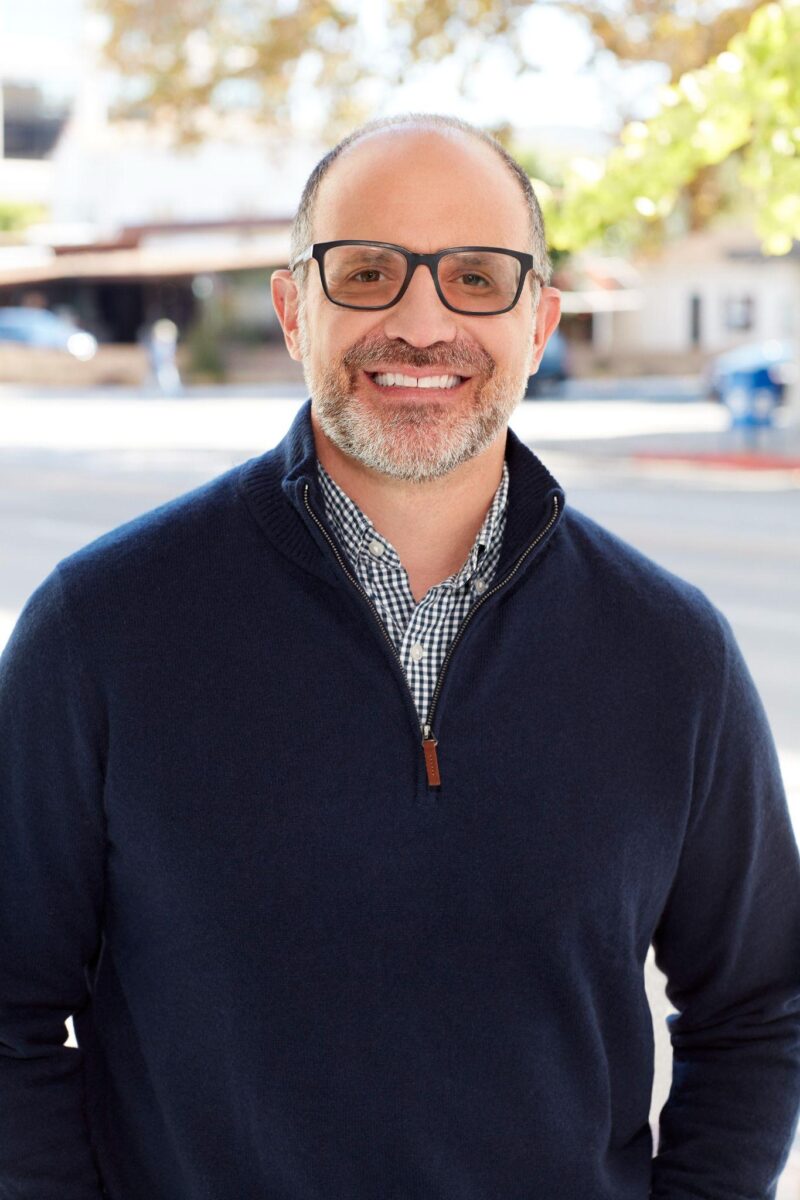 “It was just such a fun thing to create this bakery that was unlike anything anybody’s ever seen,” says Montagna “It’s more of a workshop than an actual bakery and there are things in it like a giant mixer, a talking oven and a pantry that has a rabbit hole element— When she goes into the pantry, she actually descends and floats and grabs what she needs. So, it was really fun to find a way to incorporate the baking element and it just seemed like a natural fit.”

The show also packs some formidable voice talent. The performers include Donald Faison (Scrubs) as Harry the March Hare, Craig Ferguson as Doorknob, Jack Stanton as Fergie the White Rabbit, Jon Secada as the King of Hearts, SNL alums Vanessa Bayer and Bobby Moynihan as Tweedle Do and Tweedle Don’t, and Libby Rue in the title role of Alice.

Composer John Kavanagh, who worked on Sofia the First and Elena of Avalor, contributes original songs that bring the same “emotional storytelling through music” to this series that distinguishes his work, according to Beyl. The executive producer is excited for audiences to hear several signature songs created just for the series.

As Beyl and Montagna discussed the look of the show they referenced the concept art of the legendary artist Mary Blair, who created concept art for Alice in Wonderland, Cinderella and Peter Pan. Her color choices and ideas inspired details in the new series.

“Obviously, when people think of the Disney version of Alice, they think of that blue and white,” says Montagna. “So, we had to start with that because it’s just so much of what audiences know and love about Alice. But then we gave Alice her own outline. We pushed it a bit and made it fun. It’s like checkerboard patterns and these swirl patterns that sort of give her a little bit more of an edgy but still cute vibe. When we were creating the show, we kept saying to everyone, we don’t want it to be a storybook land. It’s not a fairytale land. It’s Wonderland. In this world, when you walk into a room you’re going to see that everything is upside down.”

He adds, “It’s all very matter of fact, like it wouldn’t be any other way. In this world, there’s no pixie dust. If you eat a cake and it makes you grow, it’s just matter of fact. It is just that way. In the beginning of the process with all of the board artists and the designers, we decided: let’s create a world that everyone remembers from the film, but we’re reinventing it and it’s very unique and special to this character and to this show.”

Production on the show began during the pandemic and, initially, a small crew of about 10 people at Disney Television Animation did the design, boarding and layout for the series. Later on, ICON Creative Studio was brought on as an animation partner. The studio is located in Vancouver and has a team of about 60 animators working on the first season of the show. 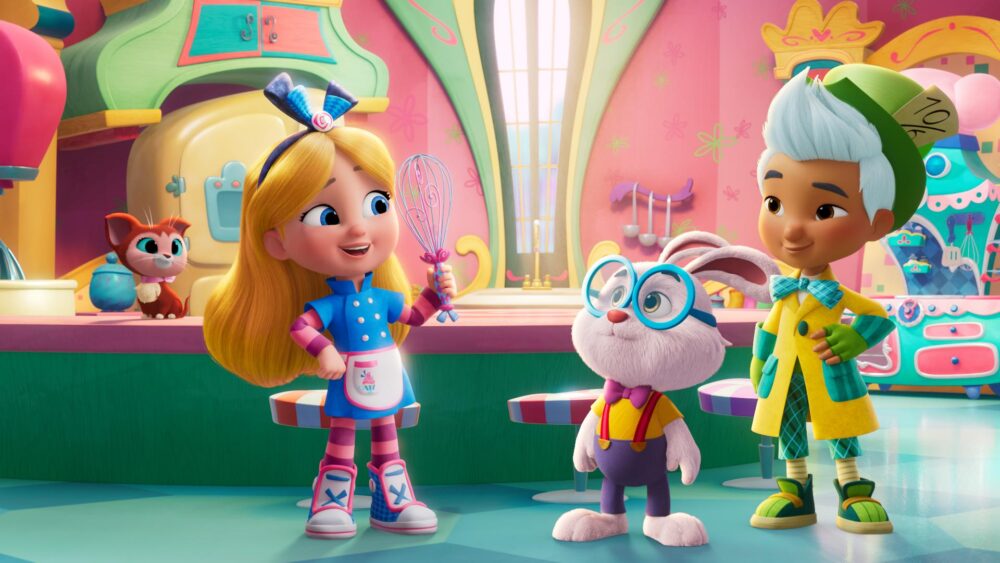 During development, it became clear that certain supporting characters needed to become part of the series. Even if the preschool audience that was being introduced to Alice might not miss them, adult fans watching with them might be looking for a Cheshire Cat or a White Rabbit. They are also a big part of Alice’s journey.

“Once we had our main characters approved, we would go in and develop what each character looked like, very methodically picking out the characters we needed and adding them to the show,” says Montagna. “Of course, we knew we needed a Queen of Hearts, a Mad Hatter character, a White Rabbit character. And those characters all had to fit with what we’re doing with this Alice and this series. The book and the movie really helped inform what we needed to design. If you’re doing an Alice in Wonderland show, the audience is going to be dying to see the Cheshire Cat. That is not a generational shift. He is just the Cheshire Cat. He’s magical enough. He’s lived there. He’s like Yoda. He’s forever. We just did our spin and made him more comedic, and a little bit more kid friendly, but he’s still the same character.”

Adds Beyl: “This is for a modern audience and kids who haven’t seen the original movie. We wanted to give them a new look, but also still hold on to the iconic imagery and the colors. Alice is in a little chef’s coat and sneakers, but she still has the blue dress. So, when you look at her, you know who that is. And then it’s the same thing with our Mad Hatter character. He’s got elements from the original Mad Hatter. And in the colors and design of all those characters around Alice, we were definitely inspired by Mary Blair and the movie.”

Though the show came together during lockdown, both Beyl and Montagna found themselves delighted to be creating a new way to tell Alice’s story.

“Chelsea and I always joke that we never worked in an office together — but we were lucky enough to get paired up on this series and then got to spend the pandemic in Wonderland,” says Montagna.

Alice’s Wonderland Bakery premieres Feb. 9 at 10:30 a.m. on Disney Junior and Disney Channel. The first few episodes will also be available to stream on Disney+.