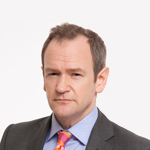 CBBC has announced that English actor, comedian and game show host Alexander Armstrong will lend his talents to the network’s reboot of classic cartoon Danger Mouse, set to premiere in 2015. Armstrong, who voiced the alien supercomputer Mr. Smith in the Doctor Who spin-off The Sarah Jane Adventures, will be joined by Kevin Eldon (It’s Kevin, Ruddy Hell! It’s Harry and Paul) who will voice hamster sidekick Penfold, and Dave Lamb (Come Dine with Me, Goodness Gracious Me) who will lend his sardonic wit to The Narrator role.

The re-invented 2D animated series follows the misadventures of the heroic, small but perfectly formed white rodent secret agent Danger Mouse, who returns in style to save a world teetering on the edge of disaster. The show’s hero is bursting with confidence and cool as ever as he faces off against a host of villainous enemies with the help of the hapless Penfold. The original Cosgrove-Hall series ran from 1982-92 on CITV.

“As a lifelong fan of Danger Mouse I was ecstatic just to know that the show was coming back,” says Armstrong. “To be actually involved with the reboot and to be taking DM out to a whole new generation is about as close to a dream job as you could wish.”

Additional cast members include Shauna MacDonald (The Descent, Filth) who will voice Professor Squawkencluck — the niece of the original Prof. — a stiff, formal British scientist; and British Animation Awards Best Voice Performance winner Morwenna Banks, who will lend her talents to a variety of roles throughout the series. Boulder Media is animating Danger Mouse, with CBBC’s Sarah Muller and FremantleMedia Kids & Family Ent.’s Bob Higgins executive producing. Global TV and licensing rights are held by FME. 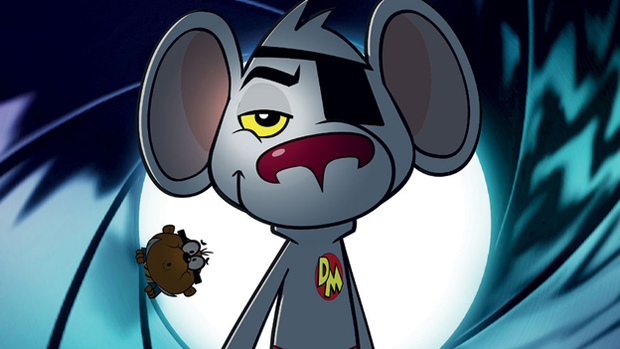