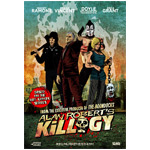 A year since the project was announced, the first teaser for Killogy: The Animated Series has hit the web. Based on the IDW comic book created by Alan Robert features the voices of Frank Vincent (The Sopranos), Marky Ramone (The Ramones), Brea Grant (Dexter) and Doyle Wolfgang von Frankenstein (The Misfits) as their animated likenesses take on the zombie apocalypse. The project is being overseen by The Boondocks producer Rodney Barnes.

Killogy finds Sally Sno-Cones (Vincent), Summer Rhoades (Grant) and Cole Edwards (Ramone) locked in a prison cell, accused of murder — just as the world is being overrun by a zombie apocalypse. The trailer shows the rag-tag gang taking on a disembodied undead head, and a reawakened voodoo curse flooding the streets of New York with blood. 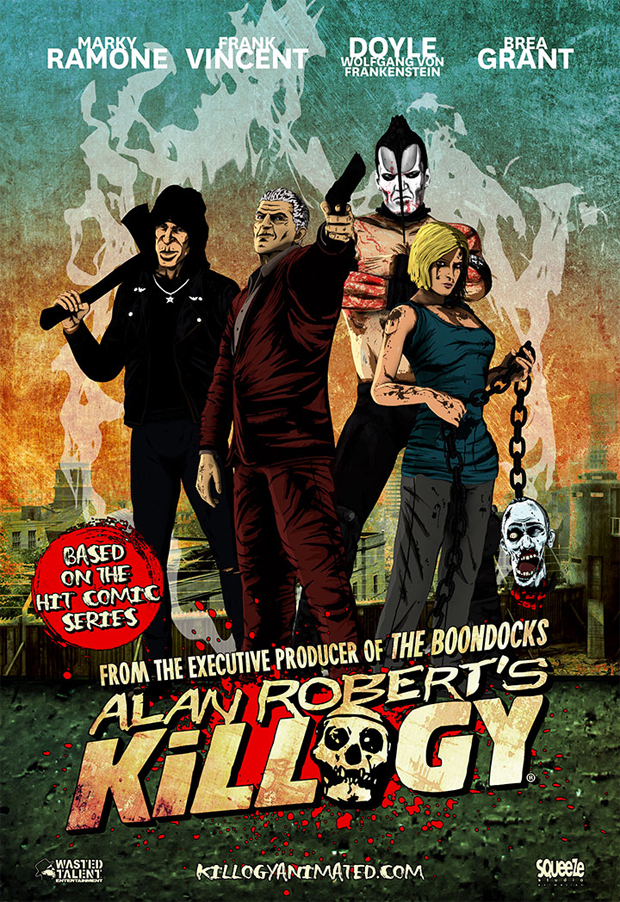