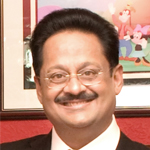 The Al Jazeera Children’s Channel has acquired broadcast rights for 22 Arabic states to multiple properties from DQ Entertainment, including  The Jungle Book, The New Adventures of Lassie and Mysteries and Feluda.

“This agreement for three of our high quality animated TV series is testament to the universal appeal of our properties,” said Tapaas Chakravarti, chairman & CEO of DQE Group. “The success of the first season of Jungle Book has given us the confidence to produce more of such iconic high quality global properties. We are sure that The New Adventures of Lassie, Feluda and The Jungle Book 2 will also be well received by audiences in Arabic nations.”

“Content like this is not easy to find,” said Mazen Rifka, acquisition and distribution senior manager of JCCTV. “We are interested in titles that increase awareness of other countries but also those that reflect positive social values.”