Pendleton Ward’s smash-hit series Adventure Time will end its run in 2018, Cartoon Network has confirmed. The show’s currently-in-production ninth season and some TBA specials will be the final series of outrageous quests through the Land of Ooo for Finn the Human and Jake the Dog.

“Adventure Time was a passion project for the people on the crew who poured their heart into the art and stories,” Ward said in the release. “We tried to put into every episode something genuine and telling from our lives, and make a show that was personal to us, and that had jokes too! I’m really happy that it connected with an audience for so long. It’s a special thing, I think.”

Adventure Time, co-produced by Cartoon Network Studios and Frederator, premiered on Cartoon Network in 2007 and introduced the world to a plucky, bear-hat wearing kid named Finn (voiced by Jeremy Shada) and his “brother,” a talking dog with shape-shifting powers named Jake (John DiMaggio). Together the best friends explored the most bizarre corners of the Land of Ooo, attacking any challenge with gusto to help (or hinder) the strange characters they meet.

“Adventure Time changed the definition of what a kids’ TV series could be, and it’s had a resounding impact upon popular culture around the world. Cartoon Network Studios is proud to have brought together this group of brilliant artists and animators who helped make Adventure Time one of the most critically acclaimed TV series of a generation,” said the network’s Chief Creative Officer, Rob Sorcher.

The eighth season of the Emmy and Peabody Award-winning series is set to premiere late this year. Full episodes and more Adventure Time content available at cartoonnetwork.com. 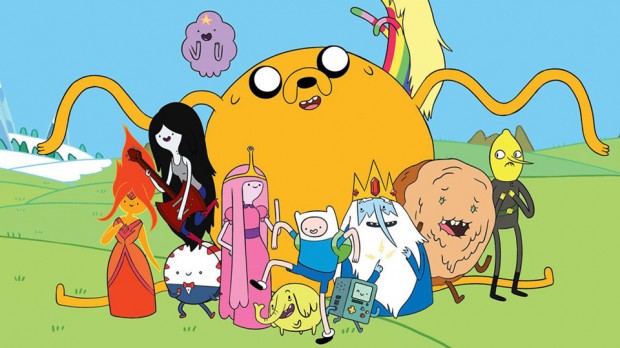