Things are going to get even more algebraic on Cartoon Network as season 5 of Penn Ward’s smash hit 2D toon Adventure Time kicks off on the channel on Monday, November 12 at 7:30 p.m. ET/PT! The new season will shed light on the old and new colorful inhabitants of Ooo–including the return of the (possibly) redeemed Flame Princess, Jake and Lady Rainicorn’s pups and a second installment of the gender-swapped Fionna and Cake saga.

The special premiere two-part episode, titled “Finn the Human”/”Jake the Dog,” picks up where the season four finale left off, with Finn and Jake chasing the Lich through a portal, leading them to a wishmaster named Prismo. Jake and Prismo watch from the portal as the Ice King’s crown makes Finn more and more powerful. 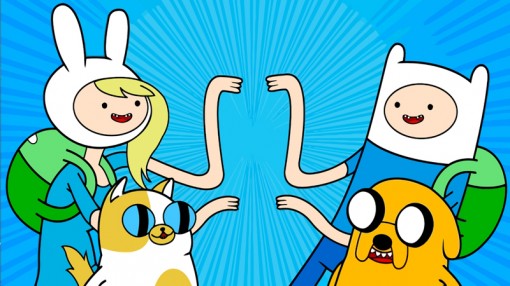