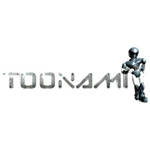 According to Anime News Network, a new lineup has been announced for Adult Swim’s Toonami block, which will kick off on Sunday, May 27. The new season of the anime block will feature shows such as Deadman Wonderland and Casshern Sins at 12:30 a.m. and 1 a.m.

Deadman Wonderland is based on a manga series by Jinsei Kataoka and illustrated by Kazuma Kondon, who also wrote and illustrated the Eureka Seven manga. An anime adaptation aired between April and July 2011 in Japan. The show has been licensed by Funimation.

Casshern Sins is a reboot of the classic anime series Casshon, produced by Tatsunoko and animated by Madhouse. The show originally aired in Japan in 2008-2009. The series discards the continuity presented in the original Casshan anime series, in which Casshern was a cybernetic superhero battling the evil robotic forces of Braiking Boss. In Casshern Sins, Casshern is presented as a cyborg subordinate of Braiking Boss who was ordered to assassinate the savior of mankind, and has thus doomed the Earth to ruin.

Adult Swim’s entire anime schedule for early morning May 27 is as follows:

Toonami will not be showing familiar titles such as Naruto, Dragon Ball Z and similar titles since the rights to those shows are owned by the competition or are out of the block’s acquisition price range. 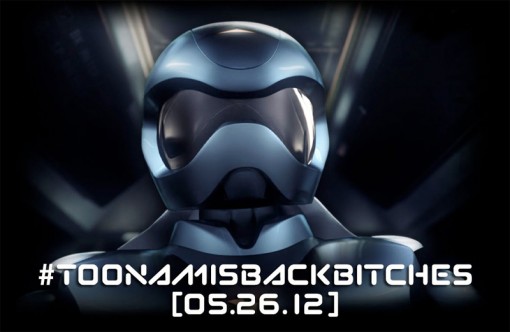