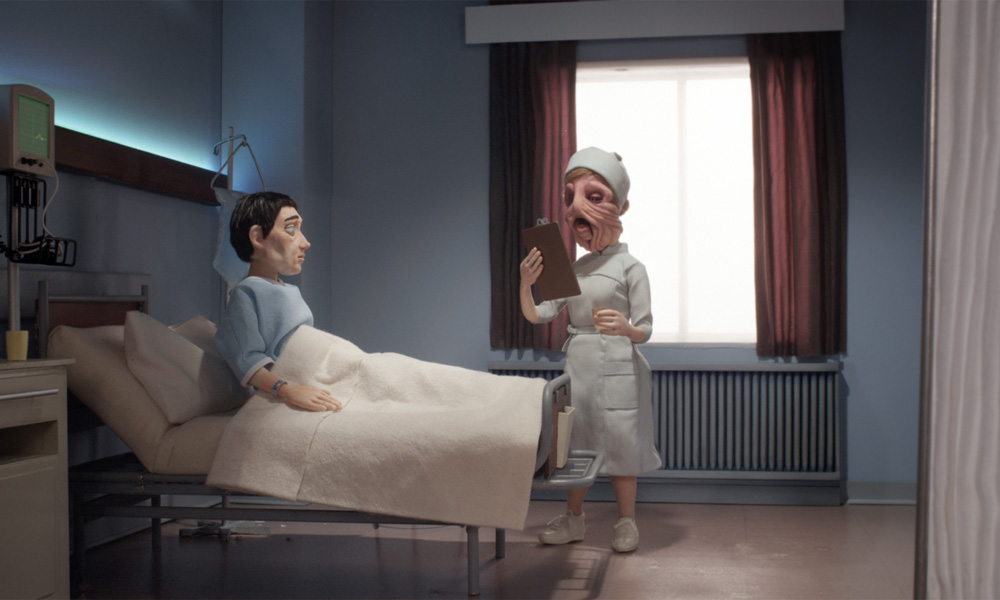 ***This article originally appeared in the January ‘19 issue of Animation Magazine (No. 286)***

Nothing can quite get under the human skin like stop-motion animation. That’s why The Shivering Truth, the latest addition to the Adult Swim toon madhouse, does such a great job of being both weird and wonderful. The brainchild of Emmy-winning South Park writer-producer Vernon Chatman (who also co-created the insanity feasts known as Wonder Showzen and Xavier: Renegade Angel) and directed by Chatman and Cat Solen (Take My Wife), the seven-part quarter-hour series is billed as a darkly surreal anthology featuring stories “that crawled out of the deepest caverns of the unconscious mind.” 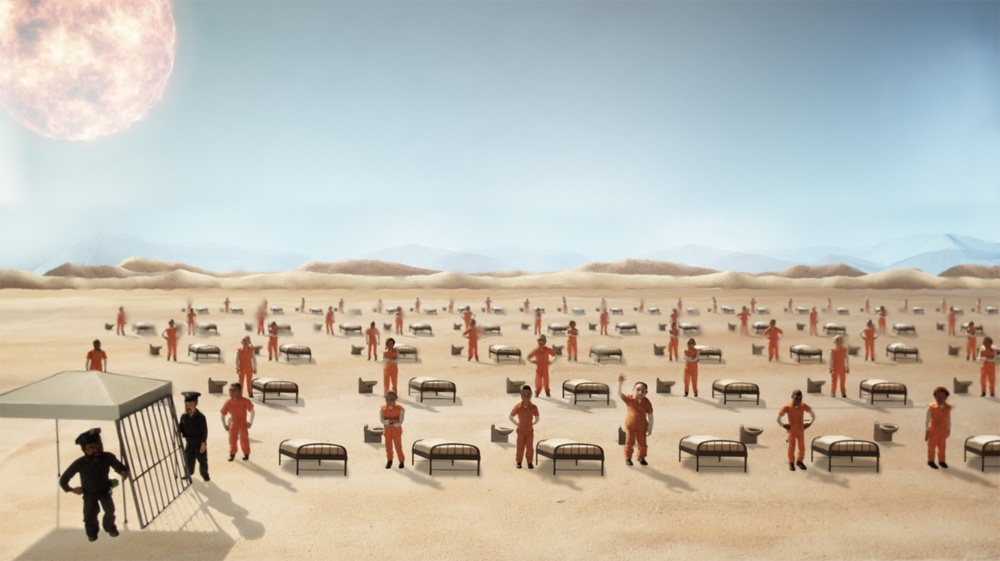 During a recent phone interview, Chatman says he’d been thinking about some of the ideas for the show for quite a while. “I’d been collecting ideas for short films and sketches for years,” he says. “They were all cinematic and short, but they were also comedic. Cat and I had been looking for a project to do together, and this just fit the bill, because we are both drawn to impossible projects. We took the idea to Mike Lazzo [Adult Swim’s senior exec VP], who trusted us to deliver something interesting. Stop-motion is very labor-intensive and expensive, so we had to produce a pilot to prove that we could do this.”

Chatman and Solen reached out to the animators at ShadowMachine’s studio (BoJack Horseman, Dallas & Robo) in Portland, Ore. to produce the series’ pilot, while the show’s post and sound was done in New York City. (About 80 people worked on the show in Portland and 25 in New York.) They also managed to attract quite a voice cast — which includes the likes of Maria Bamford, David Cross, Andy Daly, Janeane Garofalo, Trey Parker, Jordan Peele, Martha Plimpton and John Reynolds.

Chatman observes stop-motion has an amazingly sustained miraculous quality about it. Then, he jokingly adds, “I think we made the perfect show to finish television forever. I’m lucky that Cat can do anything, and she has good taste. Our constant inspiration was the format of stop-motion, because it can carry so much tone, both emotion and comedy. It’s really visceral, and you can have blood and guts falling out of the characters’ bodies, and it all feels tangible. The show is tailormade to maximize that potential. Our goal was to have no limits, and the only way to achieve that is to do this show ’til infinity!” 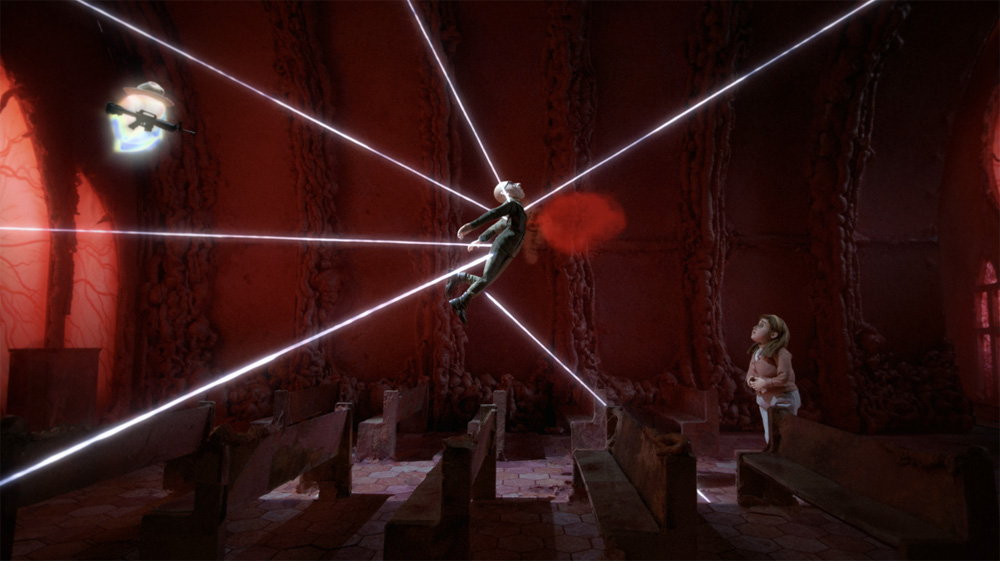 Solen plays along. “I think there’s something so postmodern about letting your medium tell you what is impossible,” she points out. “You push back and make it go even further. There are lots of pre-established norms in stop-motion, and I wanted to do something different and show that the medium is capable of a lot more. You have to have a script that says something wasn’t feasible to make, and then you try and do it. You need to find people who are open to try something insane. You don’t have a guidebook, so you test out various strategies. You also try to keep it beautiful, precious and special.”

Featuring surreal mini-nightmares about nasty creatures that live inside a hole in a character’s head or self-bleeding underwear, The Shivering Truth has a way of really messing with the viewer’s mind. “Cat is one of the people that I can show the scripts to, and she doesn’t throw up,” says Chatman. “Or she throws up for the right reasons.”

Chatman brings up the fact that Portland, which is also home to Laika Studios, has emerged as the hub for stop-motion. “It is a very specialized medium,” he adds. “You just have to have the right gene for it. It’s amazing because you can ask them to make you a tiny teeny melon baller or a very tiny water bottle, and they’ll do it. They actually love it and don’t get mad.”

The Shivering Mind creators were also aiming for a special kind of “crude and rustic” stop-motion. “Stop-motion today integrates 3D graphics so much, but we wanted the original loveliness of the medium,” says Chatman. “When you’re a kid and watching Rudolph on TV, it’s so engaging and draws you it. We didn’t want to get rid of the rough edges. We just didn’t have the patience to get rid of them — they’re all organically there!”

As Solen points out, “If you’re working in a model shop of a big movie you have to paint the same one object for several years … and these are insanely creative people. So in a way, the time and budget restrictions work in our favor. It’s about finding the balance of having enough money to do the work, and doing it an artful way.” 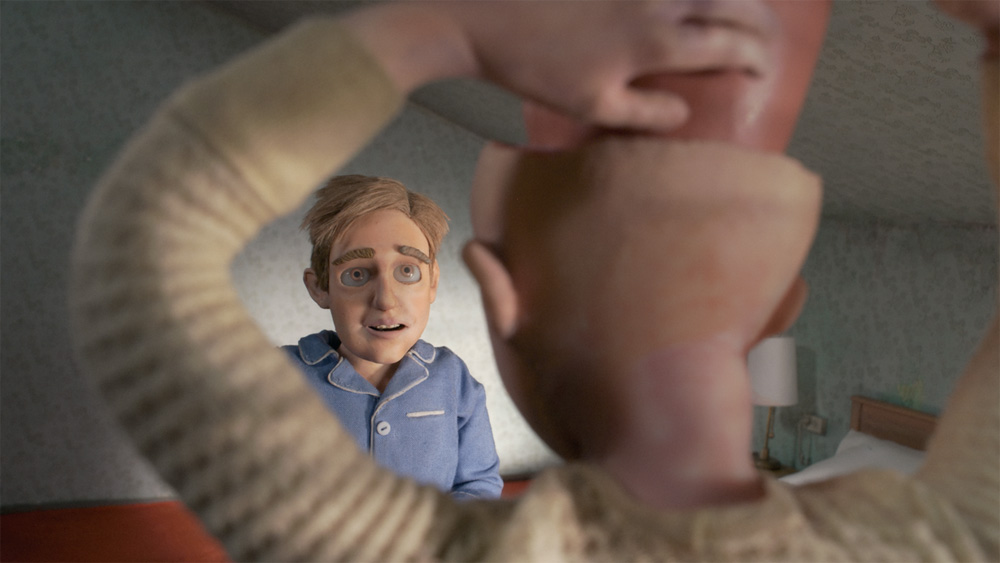 The animators worked with 10-inch-tall puppets with wire-based armatures that are created with silicon, wool, polystyrene and resin. Chatman says, “We were so lucky because our animators are insanely good, and they were also multi-taskers who were helping with other things that they were good at, besides animating the puppets.”

Solen mentions, “You can really appreciate the real fibers that are used in the sweaters,” she says. “There’s something about real textures and materials that really grabs the back of your brain and massages it.” Or as Chatman explains, “The material opens up your brain and takes you to a terrible place, and we can ruin your childhood retroactively!”

Chatman says it takes about six months of actual physical production, a month of recording and two and half months of post to make the six episodes come to animated life. “Cat and I have to get together and mind meld, because every single detail is invented and a tiny thing can throw everything off,” notes Chatman. “The constant thread in all the episodes is depth and profundity, mixed with sadness, loneliness and comedy! You can evoke all the moods and emotions when you are dimensional. You have no idea why you are feeling these emotions. You’ll ask yourself, why was I sad about that weird creature that was half donkey, one-quarter monkey, with the paws of a squirrel climbing the wall of hell?”

For Solen, the show is all about pushing things to the Nth degree in terms of detail. “I think it’s important for me to show an image and push that image in a way that you didn’t expect it — using stop-motion to do that both thematically and physically.”

Needless to say, both creatives give a lot of credit to their dream lives. “I’ve had this major itch all my life,” says Chatman. “I would have these dreams occasionally that would make me laugh so hard that I would wake up and write it all down. That’s the closest I can come up with describing the show: A drama that makes you laugh. When your mind is on idle at night, it takes all these weird twists and turns. But I can also describe it as the most normal show ever made!” 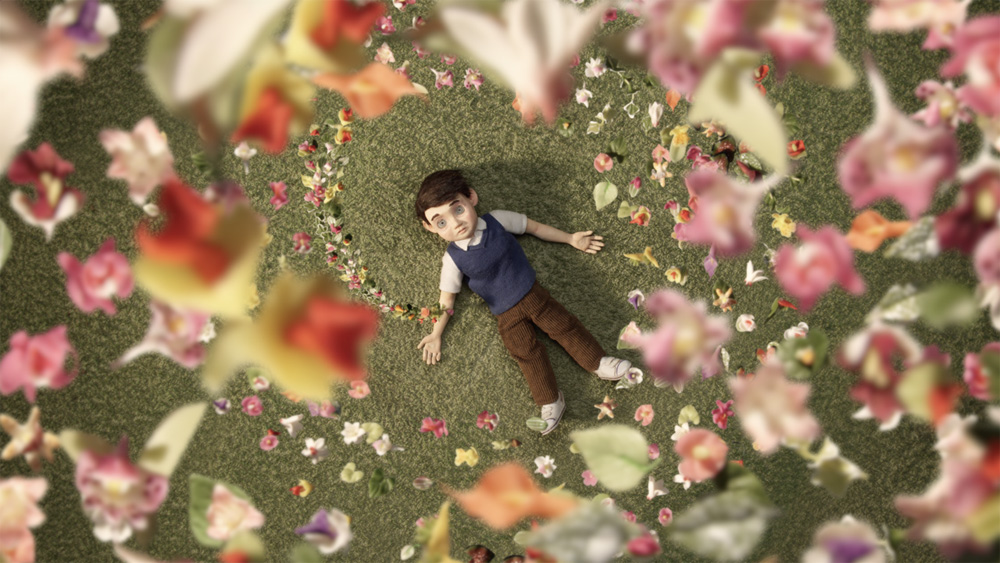 Chatman points out that Adult Swim was supportive of the creators’ quest for up-scale production values. “I do have to mention that is so much easier to change some things in stop-motion as opposed to CG,” notes Chatman. “I worked on a CG show, and I recall what a nightmare it was to change a character’s shirt in CG. You’d want a character to put on a tank top, and it would be so much work to make it happen. So, you learn to tailor the script to make it all work for the format. On this show, our budget was about $400,000 per episode.”

When asked about their sources of inspiration, Chatman quickly mentions Terry Gilliam’s work on Monty Python. “I saw it when I was very young, so it scared me. I didn’t know when the animation was beginning or ending,” he explains. “A lot of my influences are non-animated, primarily in short films, novels, even radio shows. A recent one is David Eagleman’s books on the brain. He’s a neuroscientist and he gives you 40 different versions of the afterlife, and none of them can co-exist.”

Solen says she finds inspiration in art, paintings, nature and songs. “I loved the movie The Wizard of Speed and Time, which is a cautionary tale about making movies. Another film that I loved as kid was Nicolas Roeg’s adaptation of Roald Dahl’s The Witches, which featured both Anjelica Huston and Jim Henson’s puppets. It scared me so much!”

The Shivering Truth Debuts on Adult Swim on Sunday, December 9 at midnight. 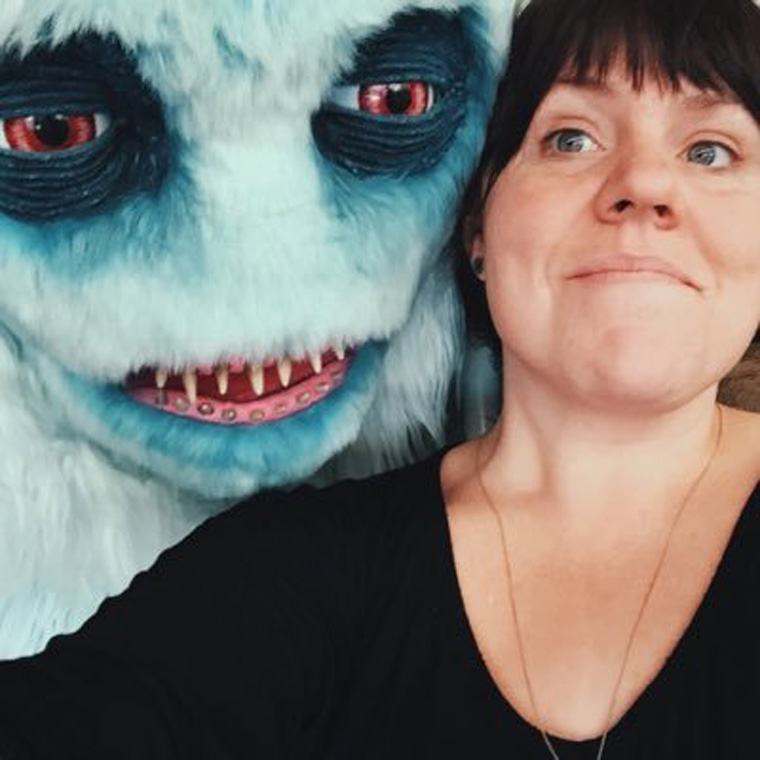 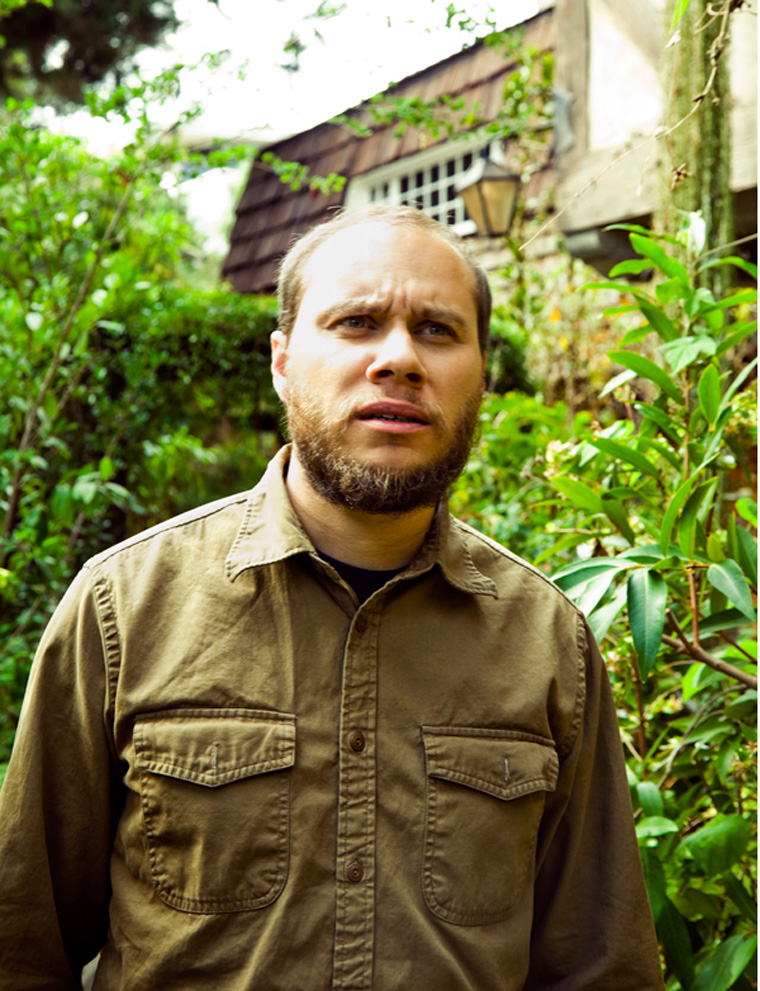