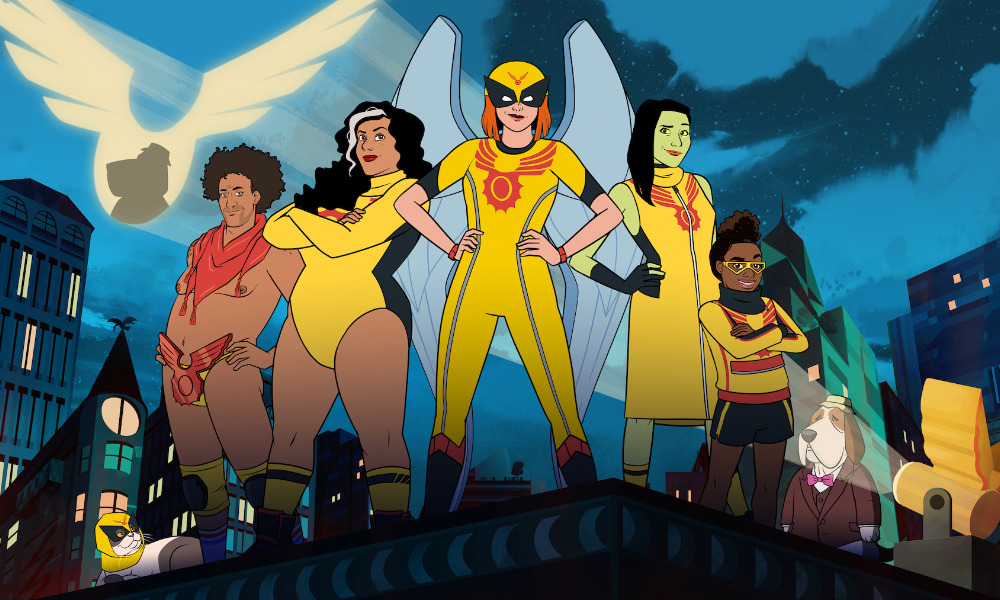 Adult Swim, the #1 destination for young adults, announces season two renewals for two of its hit animated comedy series, Birdgirl and Smiling Friends. The second season of Birdgirl is set to premiere this summer, while the return of Smiling Friends will be announced at a later date. Fans can now stream season one of both series on the Adult Swim hub on HBO Max.

In season two of Birdgirl, the Birdteam is back and still not learning from their mistakes. Judy Ken Sebben and the Birdteam attempt to navigate the troubles of modern corporations, tackling everything from ethics in new tech, to cancel culture and rejuvenating skin sack health fads. Will they fail? Spectacularly! But sometimes it’s not about the solutions we come up with, it’s about the new problems we make along the way.

Birdgirl is a half-hour animated comedy series starring Paget Brewster (Criminal Minds, How I Met Your Father) and executive produced by Erik Richter (Harvey Birdman, Attorney at Law) and Christina Miller. The animation studio is Global Mechanic, and the series is produced by Adult Swim’s Williams Street Productions. 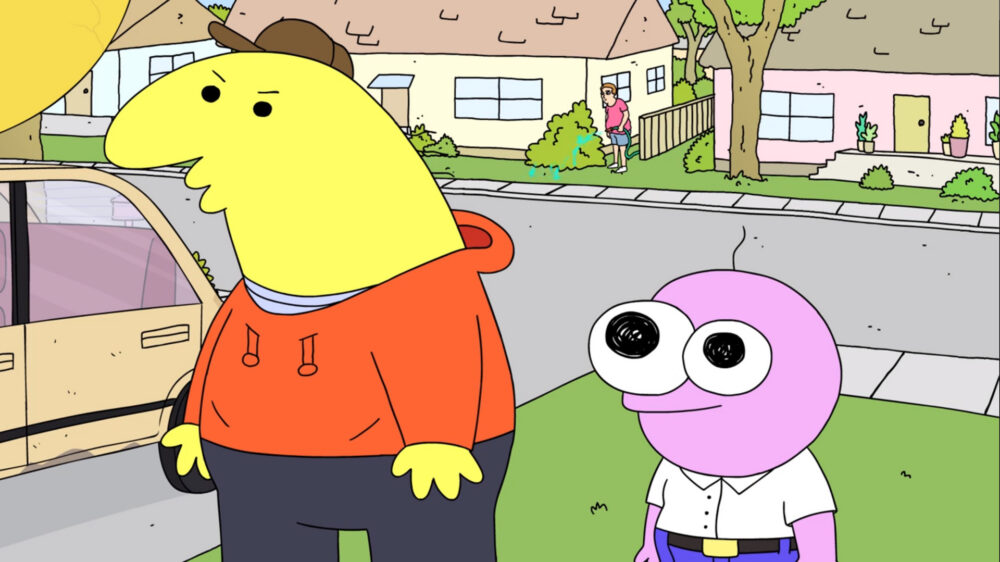 Smiling Friends first premiered on Adult Swim on January 9 , when fans were treated to a full run of the entire season that night. The premiere was #1 amongst all ad-supported cable with T12- 17, P18-24/34, and W18-24/34 during its 12a-1:45a time period. The block, excluding sports, also won among M18-34/49 and M25-54. As new episodes continued to air during its regular time slot over four weeks it saw double and triple-digit improvements in audience delivery of the prior four weeks’ average.

Smiling Friends follows the employees of a small company dedicated to bringing happiness to a bizarre yet colorful world. The quarter-hour animated series is co-created by Michael Cusack (YOLO: Crystal Fantasy) and Zach Hadel (Hellbenders) and animated by Princess Bento Studio.