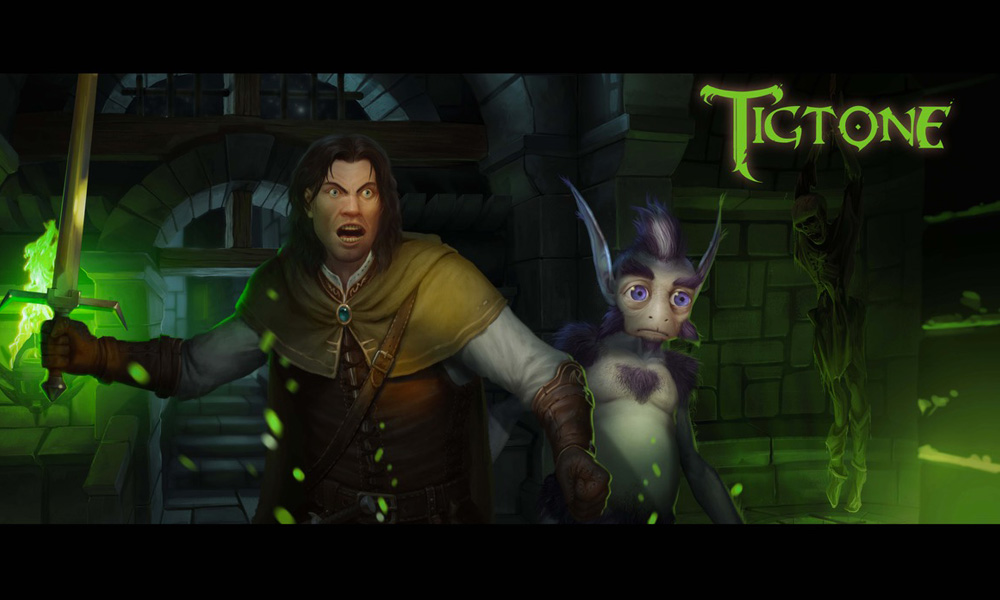 The mad geniuses at Adult Swim are kicking it in surreality and tapping into that au courant medieval jam with the greenlighting of two new, original animated series done in very different styles: The Shivering Truth (2018) and Tigtone (2019).

The Shivering Truth is “a delicately crafted, surreal anthology comedy, a miniature propulsive omnibus clusterbomb of painfully riotous daymares, all dripping with the orange goo of dream logic. It is a series of loosely-linked emotional parables about stories within tales that crawled out of the deepest caverns of your unconscious mind and became lovingly animated in breath-slapping stop motion — in other words, it is the TRUTH.”

Created and written by Vernon Chatman, who also serves as director with Cat Solen, the series is executive produced by PFFR (Neon Joe, Werewolf Hunter, Xavier: Renegade Angel) with Solen. The animation studio is Shadow Machine. (In production, premiering late 2018.)

Combining highly rendered, hand-painted fantasy art, motion-capture, 2D and pseudo-3D effects, Tigtone is “the saga of a quest-addicted hero (Tigtone) who slashes his way through a satirical fantasy universe with melodramatic ferocity and a complete disregard for the collateral damage he inflicts along the way. The series both celebrates and subverts tropes of the fantasy genre, role playing games, video games and films.”

The quarter-hour comedy is created by Andrew Koehler and Benjamin Martin, who also exec produce with Blake Anderson (Workaholics). The radically designed series is being produced by animation pioneers Titmouse, Inc. (Coming in 2019.)