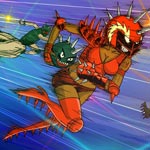 Fans of the frenetic violence, action, off-color humor and fantastically freaky worldbuilding of Superjail! have something shiny and new to look forward to. Adult Swim has picked up Ballmastrz: 9009 — a new quarter-hour series from Christy Karacas and produced by Titmouse, set to premiere Sunday, April 8 at midnight ET/PT. Fresh back-to-back episodes will debut each week.

Karacas, an animator, writer, director who created Superjail! with animation artist Stephen Warbrick and writer Ben Gruber, describes the show’s animation as a hybrid of his style that incorporates the elements of anime he loves. The plot revolves around a violent battle-stand-in sport known as The Game.

Ballmastrz: 9009, set appropriately in the year 9009, follows washed-up superstar and notorious party girl Gaz Digzy. After a downward spiral of destructive antics, Gaz is demoted to the worst team in The Game: The Leptons. Her only way back to the top is to somehow lead her team of pathetic misfits to victory … and she’ll need all the luck she can get. 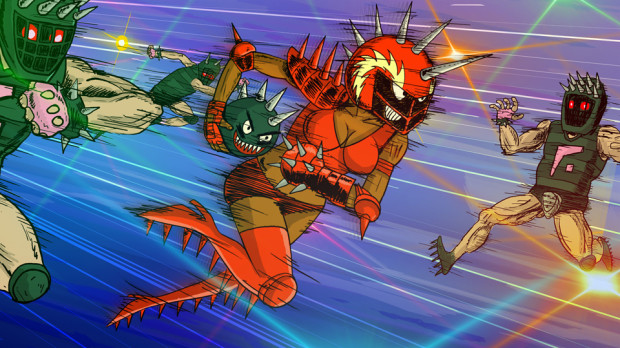 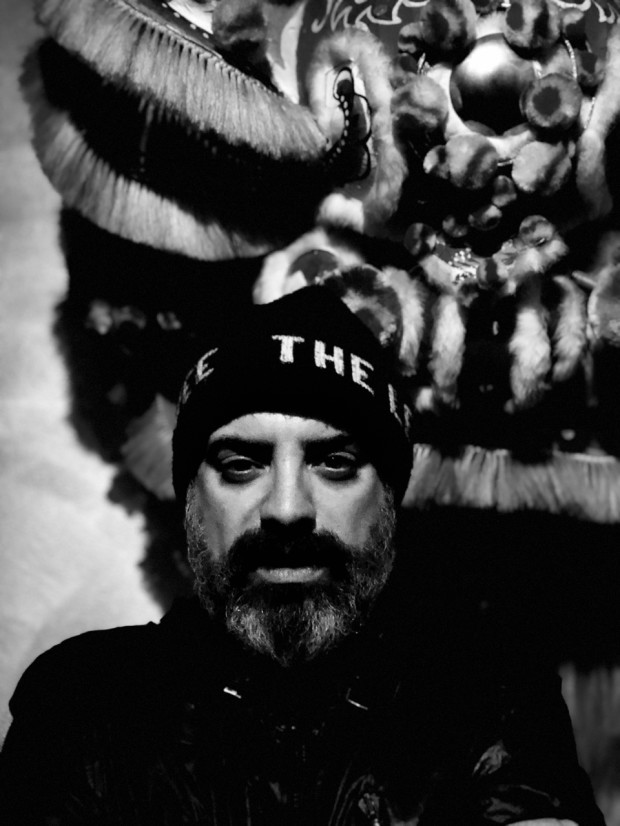