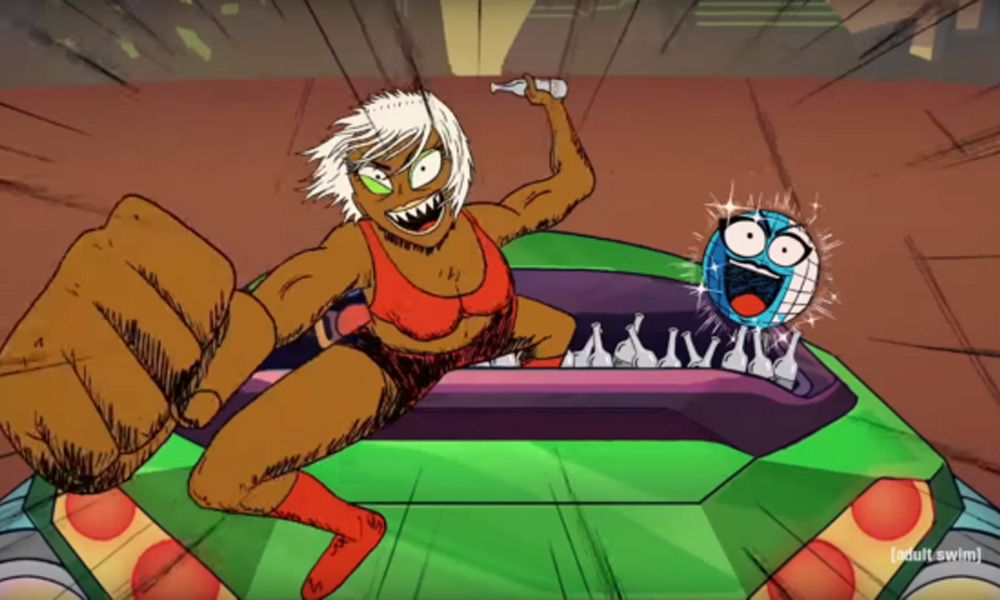 Fans can follow Captain Gaz Digzy and The Leptons to the brink of victory (hopefully!) when season two of Ballmastrz: 9009 arrives Sunday, February 23 at midnight and 12:15 a.m. ET/PT on Adult Swim.

After “the burning spirit of teamwork in their hearts” inspired the offbeat oddballs to win their first game, The Leptons are actually showing moments of non-suckage! Led by Gaz Digzy and supercharged by the awesome power of Ballmastr, the team wrestle new foes as they claw their way to the top. Will The Leptons continue to surprise fans and reach their ultimate goal: a chance to play for the coveted Crazyar Cup in the Grand Championship? Or will the seductive distractions of newfound fame sideline them for good?

Catch up on the first season of Ballmastrz: 9009 on adultswim.com.

You may also like...
Related Topics:Ballmastrz: 9009, featured
Geographic Region:North America