Cartoon Network’s late-night block Adult Swim has revealed its development slate, ahead of its upfront presentations on Wednesday. Deadline.com reports that projects includes seven greenlit animated and live-action pilots and an animated series based on the Harold & Kumar movies in development.

Rick & Morty – A genius inventor grandfather and his not-very-smart grandson, and the journeys in life they share. From Dan Harmon (Community) and Justin Roiland. (30-minute animated)

Coffin Dodgers – A group of misfit grumps get into Animal House-style trouble at a cozy suburban retirement home. From Dave Silverstein and Matt Jeser (Drawn Together). (30-minute animated)

Green Bench: The American Day Dream – A group of friends have pooled their money to buy a large office space for their business. The only problem is they haven’t quite figured out what that business is. In the meantime, it’s an awesome headquarters where their petty, self-centered, and mischievous minds can wander. From the internet sketch comedy sensation Green Bench and produced by Dakota Pictures. (30-minute live-action)

Freestyle Love Supreme – These I.T. guys work on their freestyle rapping at the office, much to the annoyance of their co-workers. From Ars Nova (Black Dynamite, In the Heights). (30-minute live-action) 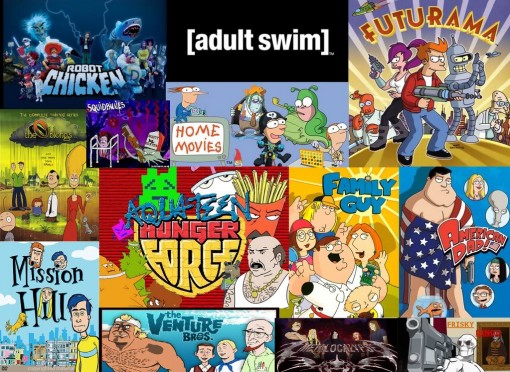