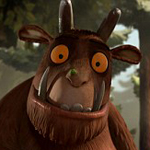 ABC Family is set to broadcast the U.S. premiere of the award-winning half-hour animated film The Gruffalo on Dec. 9 at 7 p.m. ET/PT.

The film, based on the popular children’s book by Julia Donaldson, was produced by Magic Light Pictures and  premiered in the U.K. on BBC1 on Christmas Day 2009, receiving 10 million viewers and 42.6% share of the total audience; one of the highest rated programs of the year.

The ABC Family airing is part of the network’s 25 Days of Christmas.

Michael Rose (Wallace & Gromit, Chicken Run) and Martin Pope (The Heart of Me, Lawless Heart) have produced through Magic Light Pictures. The film is directed by Jakob Schuh and Max Lang and was animated at the award winning Studio Soi in Ludwigsburg, Germany. Sold and broadcast internationally, The Gruffalo was nominated for a BAFTA and has won numerous awards including the Prix Jeunesse and the Crystal for Best TV Special at Annecy Animation Festival.

Continue Reading
You may also like...
Related Topics:ABC Family, Christmas specials, The Gruffalo