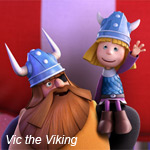 ABC TV in Australia has commissioned the new animated series Vic the Viking, a 78 x 11-minute Australian/French co-pro between ASE Studios and Studio 100 Animation in association with Flying Bark Productions. The show was originally titled Vicky the Viking, but the title was changed for English-speaking audiences since the main character is a boy.

Vicky has inspired several TV and feature adaptions. Fuji TV/Mushi Productions and Zuiyo Eizo produced an anime version that ran 1974-1975, while in 2009, a live-action hit feature directed by Michael Herbig was released in Germany.

Both ABC TV and Network Ten are on board, with Network Ten premiering the series this year and a follow up broadcast scheduled for ABC TV.

Aimed at 5-11 year olds, the action comedy series is currently in production and follows Vic, an ingenious little Viking, who has excellent problem-solving skills. The CG-animated toon is based on popular book series by Runer Jonsson.

“The series will strongly resonate with local audiences through its combination of comedy and action-adventure mixed with vivid animation detail,” says Flying Bark Productions’ managing director Jim Ballantine. “The books are extremely popular with the demographic and I am sure children will love our interpretation of Vic The Viking as much as they enjoy Runer Jonsson’s tales.” 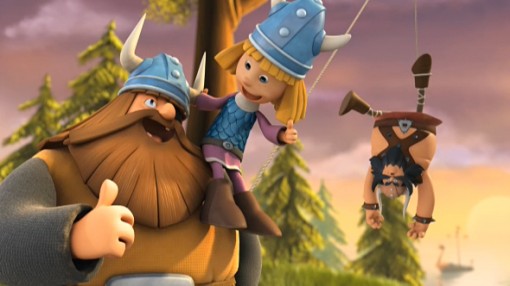