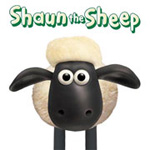 Aardman Animation’s preschool star, Shaun the Sheep will come back to the U.K. small screen this month with 20 brand-spanking new episodes. The hero of Mossybottom Farm will kick off his third season on Monday, Feb. 25th at 3:15 p.m. on the CBBC.

Shaun and his farm buddies cause mayhem in the 20 x 7 minute episodes when they get involved in high jinx with hand gliders, dinosaurs, ducks, graffiti, crows, window cleaning, bulls, skate boards, old home movies and even a piano—in an iconic Laurel and Hardy moment!

The brainchild of Wallace & Gromit maestro Nick Park and developed by Richard Goleszowksi, Alison Snowden and David Fine, Shaun the Sheep first premiered on the CBBC in March of 2007. The show, which has received two International Emmys, a Children’s BAFTA and an Annecy Cristal for Best TV Production, airs in over 180 countries worldwide, including Disney Jr. in the U.S.

To promote the new series launch, CBBC has commissioned another five Championsheeps games to add to the existing suite of online games released during last year’s summer of sport. The games were produced as an experience with on-going appeal and encourage friendly, social competition and interaction with the show’s characters. Available on the CBBC website, these games were designed by Aardman’s in-house digital team who have made significant updates to the suite including new animations for the main hub and new ways of reporting high scores and achievements. A special unlock code feature has also been created and fans will be provided with codes at the end of each new episode giving players access to special features in each of the new games. 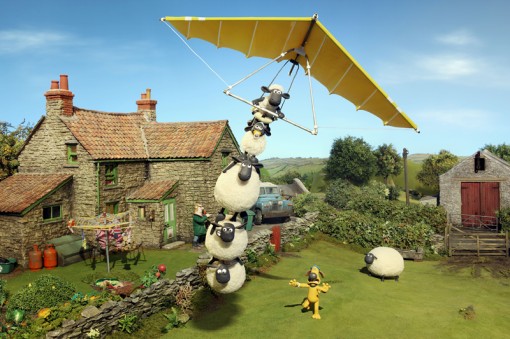