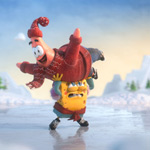 The hardworking elves at Aardman Nathan Love have given Nickelodeon a zany animated gift this season, delivering the fast-paced package of promos and bumpers that debuted last Friday as the network’s “Winter Refresh” campaign. The spots feature many of Nick’s beloved characters, reimagined in a classic holiday special style. (Scroll down to check out ANL’s supercut video!)

“When we selected Aardman Nathan Love, we knew we were teaming up with the best collaborators for the job,” says Michael Waldron, SVP, Creative Director at Nickelodeon. “They really understood how we wanted to take this classic style and put our Nickelodeon spin on it. The amount of detail that went into this project is extraordinary.”

Popping up in the campaign are Bikini Bottom-dwellers SpongeBob and Patrick, cavorting on a frozen pond until Patrick’s flying leap into SpongeBob’s arms sends them crashing through the ice. And there’s Lincoln Loud and Clyde McBride from The Loud House, who get tangled up in holiday lights and tumble off a roof. Also making animated appearances are characters from live-action faves The Thundermans and Henry Danger.

An assortment of anthropomorphic snowballs in hats and scarves also join in the fun throughout many of the promos, getting up to all kinds of mischief. Each promo ends with a holiday-themed typographic representation of the Nick logo, sculpted to look like claymation.

“We’ve worked with teams in almost every department [at Nickelodeon], from broadcast and advertising to development, and we’ve always had a great experience,” says ANL Director Joe Burrascano. “And the breadth of this opportunity was massive: to develop their entire winter ID package, consisting of 20 original IDs, featuring characters from their most important shows. It’s been one of our most exciting projects yet!”

A collaborative development process “helped [ANL] decide on both the scope and look of the project,” according to EP Jon O’Hara. “We won the assignment based on an incredible stop-motion CG look we gave to several beloved Nick characters, and then our original concept snowballs and their hijinks.” This digital stop-mo effect, meant to recall the old Rudolph and Frosty specials from Rankin/Bass per the project brief, “inspired [ANL] to build a world rooted in tactile materials, but with the freedom to create some wilder narratives.”

Drawing on previous experience reinventing characters like Toucan Sam, the studio team took the tack of adding depth and detail to the Nick characters to highlight their personalities. “As both artists and fans, we balanced our work with respect and understanding for what made them who they are,” says Art Director and Illustrator Tim Probert, who led the design and storyboard teams. “We explored different materials for the characters and their wardrobes, and studied their performances to translate these onto the stop-motion stage.”

“For me, the biggest challenge was figuring out how all the pieces were going to come together,” comments CG Director Elizabeth Ku-Herrero. “In a CG production, there are so many moving pieces. Simultaneously we can be working on modeling assets, lighting shots and even articulating characters. In order to work efficiently, we have to spend just enough time on the right thing at the right time, while taking our teammates’ strengths into account. In a way, the most challenging part is the most fun, because it’s ultimately like a big puzzle!”

Lead Animator Thomas Shek tackled his own challenges in nailing the animation style Nick wanted: “Usually, I’d animate on every frame, from blocking to polishing, but because we were going for a stop-motion aesthetic it took me a while to wrap my head around it. Timing, spacing, and posing was treated differently, because I had to animate on twos – that is, every two frames. Having a really strong team made it easier and more fun to work on this project. Everyone had their own approach for this style, and we learned a lot from each other.” 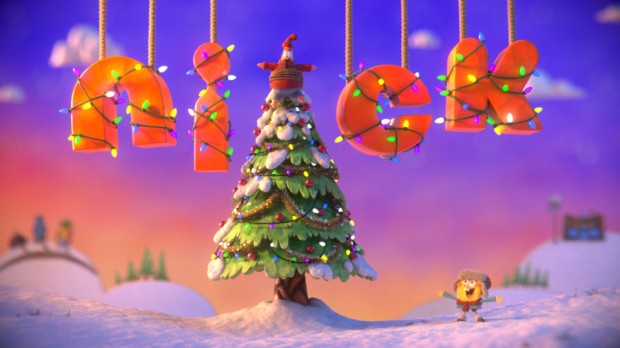 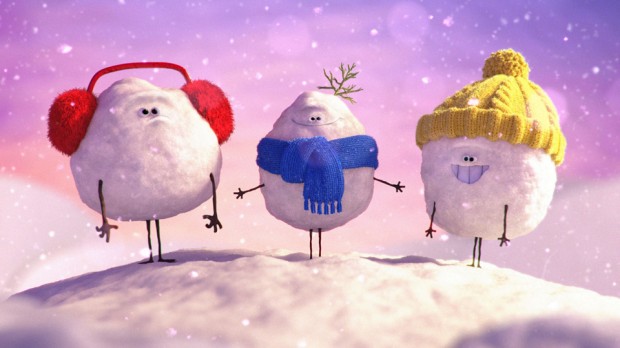 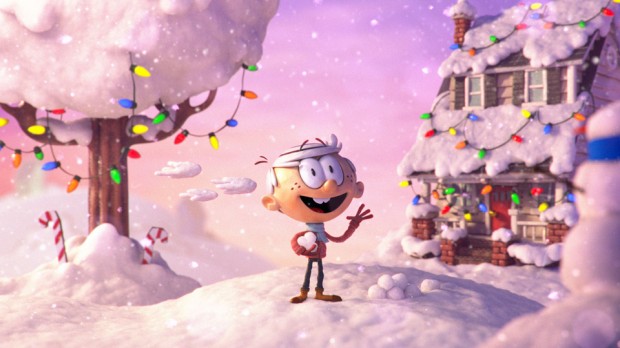