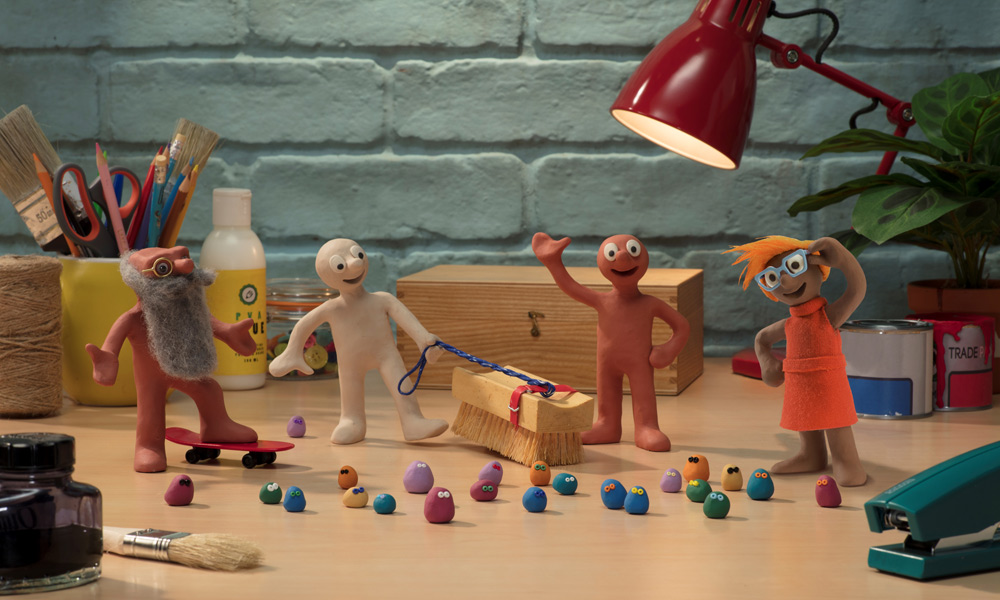 The Epic Adventures of Morph

Aardman has announced the return of the classic character Morph to Sky Kids with a new series of 15 x 5-minute episodes of slapstick comedy, The Epic Adventures of Morph, set to premiere in spring 2020.

These longer-running episodes will see Morph and his sidekick Chas reunited with their old friends Delilah and Grandmorph for the first time in almost 40 years. The Very Small creatures will also join the gang as they embark on some truly epic adventures that will take them beyond their desktop home and – for the first time – we’ll see Morph and Chas let loose in the wider world.

Staying true to the original format, The Epic Adventures of Morph will be shot using clay and traditional stop-frame animation without dialogue, at Morph’s original home: the multi award-winning Aardman studios in Bristol.

“Morph is as fresh as ever, and in these Epic Adventures we will be pushing the boundaries of Morph’s world further than ever before,” commented series director Merlin Crossingham.

Aardman continues its collaboration with Sky after the huge success of two previous series of Morph, which premiered on Sky Kids in 2016 and 2018.

“We commissioned new Morph shorts in 2016 knowing our audience would adore them, and they certainly have!” said Lucy Murphy, Head of Kids Content at Sky. “When the talented team at Aardman planned to make longer episodes, and expand Morph’s world, it was an opportunity too good to miss. Everyone loves Morph, and we know when they meet Grandmorph and Delilah, and join Morph’s adventures beyond the desk, the love will grow even stronger.”

Aardman has a number of new projects about to launch, including its latest film, A Shaun the Sheep Movie: Farmageddon, which is distributed by StudioCanal and opening in U.K. cinemas on Friday, October 18 — followed by a U.S. release in December. The studio’s first major piece of original content for the theme park market, a 4D immersive experience with brand new characters, will open at Efteling: World of Wonders in the Netherlands at the end of November.