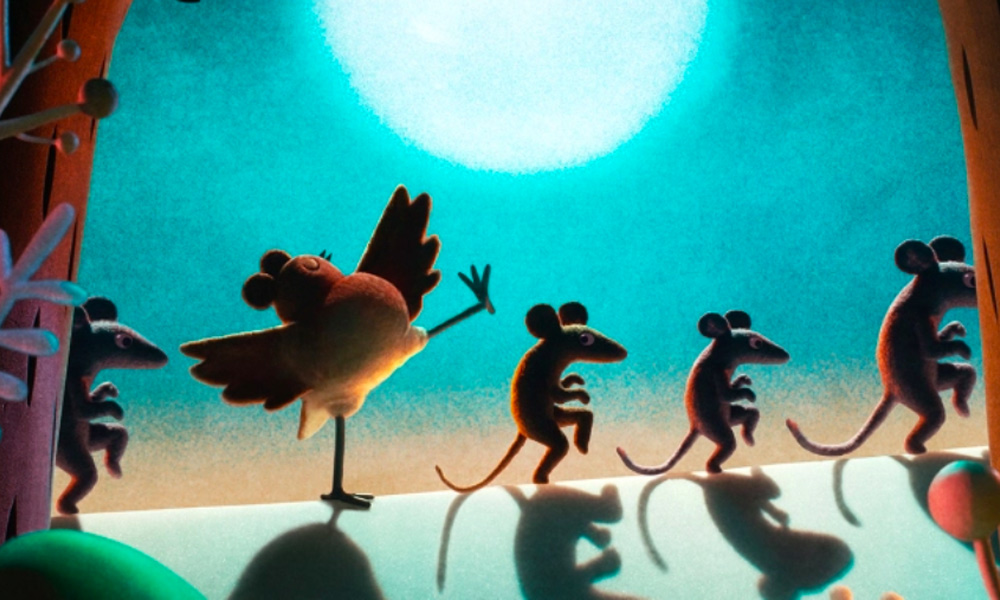 Bristol-based stop-motion animation studio Aardman Studios is working on its first project for Netflix— a new 30-minute special title Robin Robin, which will debut in time for Christmas 2020. The “mini-movie” tells the story of a bird, who is raised by a loving family of mice, after her egg rolls into a rubbish dump. As she grows up, Robin needs to prove that she can be a really good mouse, despite her physical differences, so she embarks on a brilliant heist to end of all heists.

Robin Robin is created and being directed by Dan Ojari and Mikey Please and produced by Helen Argo. Sarah Cox is exec producer.

The project is a departure for Aardman, which has a long relationship with Channel 4 and the BBC. Aardman’s managing director Sean Clarke told The Guradian, “BBC budgets are under pressure” and the broadcaster “would have loved to have taken Robin Robin. But they weren’t in a position to afford it. Netflix has the ability to buy for the whole world rather than just the U.K.” He said that was the major reason Aardman decided to go with Netflix.

“Together with Aardman, we’re thrilled to celebrate and introduce new generations of families around the world to the craft of stop motion animation through Robin Robin, a magical tale that warms the heart and can be enjoyed by the whole family,” said Alexi Wheeler, Manager of Kids and Family International Originals at Netflix.

“When Mikey and Dan first pitched us the concept for Robin Robin we knew instantly that this was a rare and special project that we had to make together. It’s a beautifully crafted stop-frame musical that immediately feels classic whilst being groundbreaking and modern,” added Sarah Cox, Executive Producer.

The announcement of the special was followed up with the news that Aardman’s A Shaun the Sheep Movie: Farmageddon is joining feature slate. Netflix has picked up the sci-fi/comedy sequel for the U.S., Canada and Latin American markets from StudioCanal. Co-directed by Richard Phelan and Will Becher, the little lamb’s mission to protect a cute, stranded martian will stream in early 2020, and will get an Oscar-qualifying theatrical release next awards season.

Other Aardman movies such as Wallace & Gromit: The Curse Of The Were-Rabbit, Flushed Away and Shaun the Sheep Movie are already part of the Netflix library.