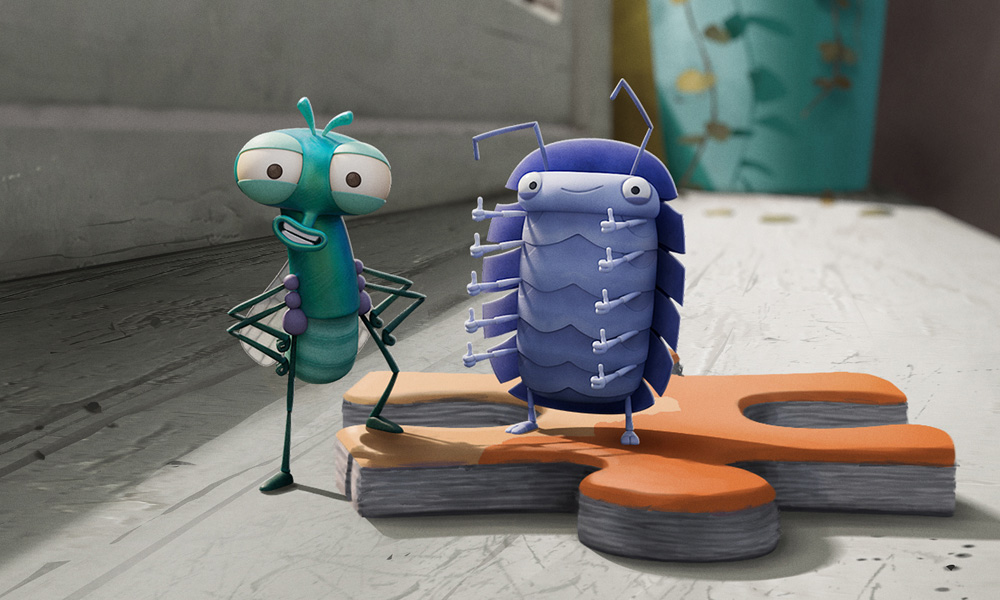 The multi-award-winning independent animation studio, Aardman, has greenlit a brand-new comedy series for 7- to 11-year olds titled Lloyd of the Flies. CITV (U.K.) has acquired a 52 x 11′ package, which will be created using a mix of CGI and 2D animation. The production will be a milestone for Aardman, as the first CGI series produced entirely from the studio’s creative hub at its Bristol HQ.

Lloyd of the Flies follows the adventures of Lloyd B. Fly, a housefly and the middle child of 453. Lloyd lives with his parents, his little sister PB and their 225 maggot siblings inside a compost bin they call home. In the series, Lloyd and PB are often accompanied by Lloyd’s best friend, Abacus Woodlouse, and eccentric tag-along, Cornea Butterfly. Together they explore the strange world beyond the compost bin, where there is no shortage of lessons for Lloyd to very nearly learn.

“Matt is such an exciting talent with a unique comic perspective, and we are thrilled to be working with him on Lloyd of the Flies,” commented Cox. “We think it is a show with real global reach that will ultimately be screened in as many territories as our hugely successful Shaun the Sheep. Lloyd and his misadventures will make both kids and their families laugh and we are delighted to have CITV as a partner – it’s the perfect home for these tiny, funny, colourful characters that Matt has created.”

Walker added, “I cannot wait to bring the witty and weird world of Lloyd to life. It is a life familiar to many of us – as Lloyd tries to prove his worth in a world he doesn’t fully understand, while dealing with friendship, family, the acquisition of food, and not being crushed or eaten. Born out of my love of insects and a punny title, Lloyd of the Flies is a comedy of entomology that draws inspiration from the insects we are used to seeing around the home and gives a glimpse of what they are up to when we are not paying attention.”

Darren Nartey, Acquisitions Manager at ITV, said, “We are absolutely thrilled to be working with Aardman to bring Lloyd of the Flies to CITV. It’s a great idea and our audience will love the dynamic British sense of humor.”

Lloyd of the Flies is the flagship project for the government-funded Young Audiences Content Fund (YACF), which is managed by the BFI and supports the creation of distinctive, high-quality content for audiences up to the age of 18. The Fund offers production funding for projects which have secured a broadcast commitment from a U.K. Public Service Broadcaster to make the program available to a U.K. audience on a free-to-access, Ofcom-regulated service.

Jackie Edwards, Head of the Young Audiences Content Fund, BFI, commented, “We are absolutely delighted to be able to help bring Lloyd of the Flies to screen. It’s such a fantastically fun animated series that mirrors contemporary life for children and families across the U.K. with a fresh British sense of humor.”