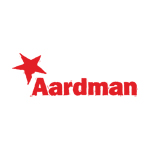 Celebrated Bristol-based studio Aardman has produced a striking, pulp-sci-fi inspired animation for BBC Radio 4 for the broadcaster’s season of Mars programming, which launched this weekend. The film takes audiences on a fact-fuelled cosmic journey to the “red planet,” guided by narrator William Shatner of Star Trek fame.

The three-minute short was commissioned by BBC Radio 4 to celebrate the mystery and evocative cultural impact of Mars, utilizing a collage of live-action footage, animation and music to create an exciting visual journey covering interesting facts and trivia about our intriguing neighbor-planet. William Shatner on Mars is the third film Aardman has created for BBC Radio 4, this time designed and directed by studio creative Danny Capozzi.

“It’s not often you get a free reign on a wonderful brief, better still a three minute film about Mars,” said Capozzi. “BBC Radio 4 were planning a Mars season and only ten weeks ago commissioned me to create a factual sci-fi animation with an impactful graphic edge using B-movie and pulp / sci-fi comic references. The final piece is a retro mash up mockumentary and the icing on the cake was that the legendary William Shatner came on board to do the voice over!”

“We love Danny’s colorful, bold interpretation of the brief; it presents Martian facts in a whole new way, shouting out to a different audience. The design has informed all the online content and helps the Radio 4 Mars programs hang together beautifully. Again it’s been a total pleasure to work with Aardman, we enjoy the creative journey we go on together.” 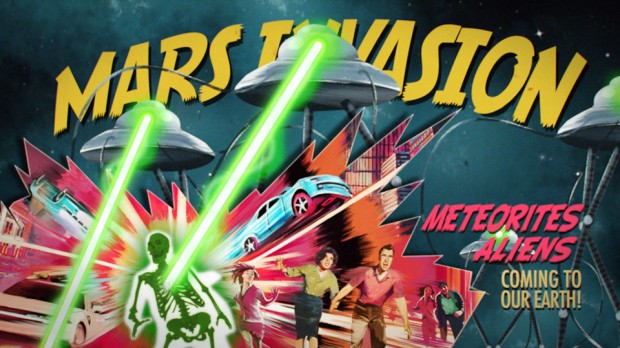 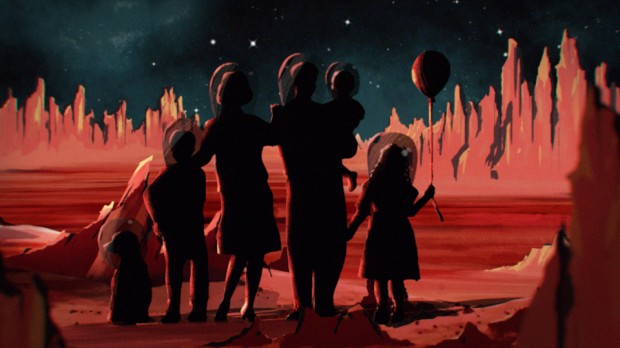