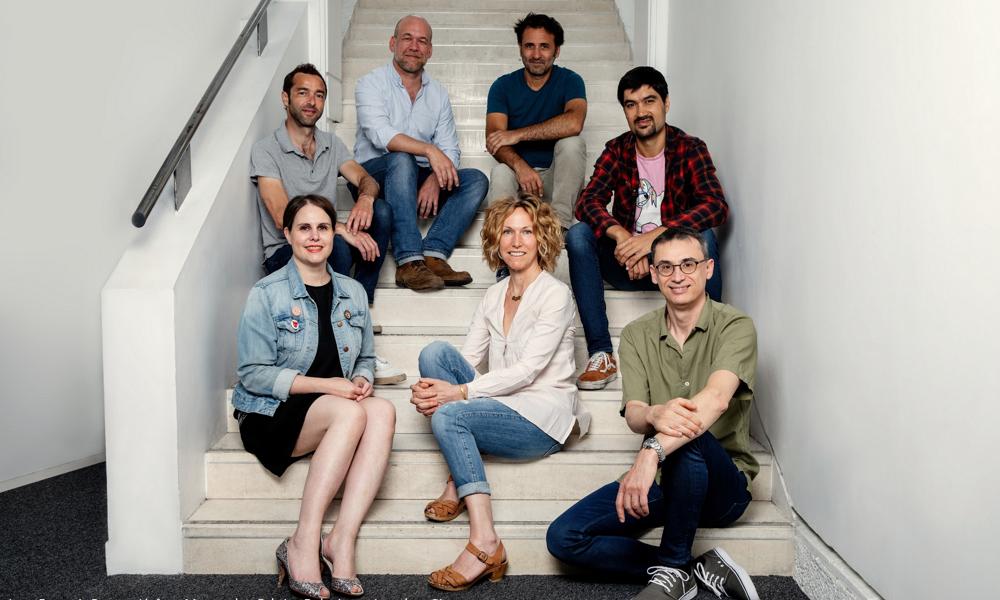 A new French studio has joined the international CGI animation market. Created at the beginning of 2020 by seven associates whose joint adventure started at Studio 100 Animation, Hue Dada ! Productions places technological innovation at the heart of its production processes to attract producers and broadcasters in France and abroad.

“In creating Hue Dada ! Productions, our aim is to take up the challenge of the animation of tomorrow by proposing a way of producing and delivering CGI animation that is more flexible in terms of techniques and creativity, more agile, more collaborative. More competitive, too, but without compromising in any way on quality. The idea is not to uberise our skills, but on the contrary to give our teams more creative time through innovation. A unique offer in the world of animation,” explained co-founder Jean-François Ramos.

At the beginning of 2020, Ramos, Jérôme Mouscadet, Quentin Auger, Sophie Decroisette, Emmanuelle Chabord, Fabrice Delapierre and Jonathan Giroux established their own production and services studio based in Paris, which currently counts around 15 team members. An innovative studio, capable of designing, producing and delivering CGI animation for anything ranging from broadcast to web platforms. Hue Dada! Productions makes its talents and pipeline available for producers, content editors and broadcasters in France and abroad.

“In France, in addition to a unique and deep talent pool, we are fortunate in having a fantastic ecosystem, notably thanks to the CNC and more specifically to the Tax Rebate for International Productions (TRIP), increasing the attractiveness of French companies in our sector. It means that we’re ready to work for international productions as from now,” said Ramos.

“We are constantly investing in R&D and have set up a laboratory designed to test and industrialise recent technologies such as virtual reality or real time,” explained Head of Innovation Quentin Auger. “A technological adventure that has already proved itself and revolutionised our way of working.”

This new-generation production pipeline, which has already been tested at Studio 100 Animation, won the Autodesk Shotgun award at SIGGRAPH in 2019 and has been optimised by Hue Dada ! Productions. Its architecture is flexible and greatly inspired by web technologies. VR operators, boarders and directors can all interact in real time. The aim is to have all departments along the creative chain, from concept to post-production, collaborating in the same way.

“It’s not real-time graphics that’s new, they’ve been around for a long time in our creative industries. What is new is the fact that today several people can all work together at the same time, on the same set, which is reminiscent of the methods and working configuration of live performance,” added Auger.

“Being able to immerse yourself in the sets, understanding them and changing their artistic direction in situ, analysing the distances and size relations of the characters, shooting shots using a virtual camera, are all mini-revolutions in technology facilitating work and making it easier to build better stories by limiting unnecessary mistakes,” enthused Jérôme Mouscadet.

A Complete, Flexible Option for the Animation Market

The innovative pipeline and technical and artistic expertise of Hue Dada! Productions mean that the studio can offer flexibility, demanding creativity and competitive prices, all within deadlines. The studio already has two main areas of activity:

Work for hire in progress (or already delivered) to clients includes: 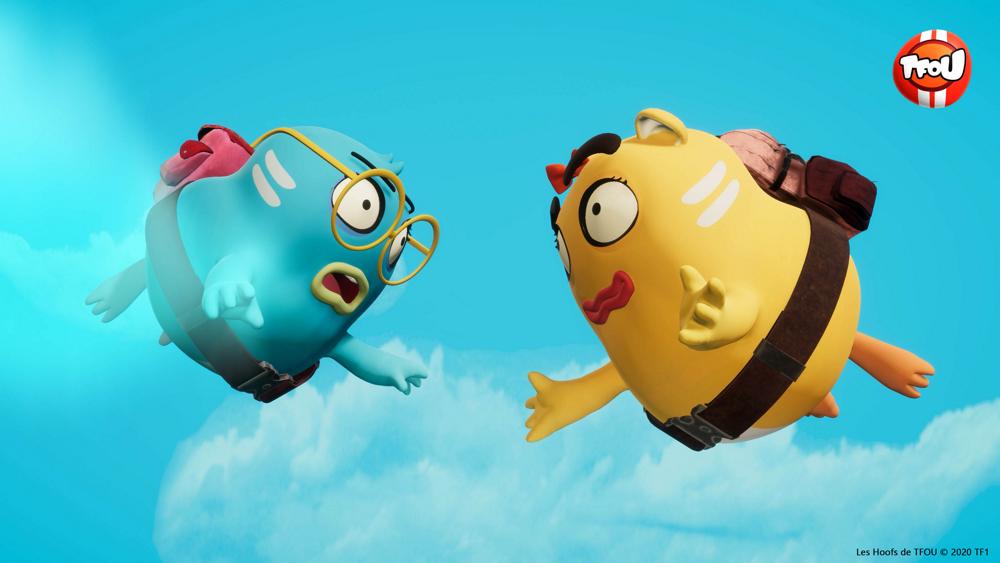 Production – Hue Dada ! Productions wants to develop projects for a broad target audience (preschool, kids, teenagers, young adults and adults) with the same editorial and artistic demands. With this in mind, several projects are already in development: 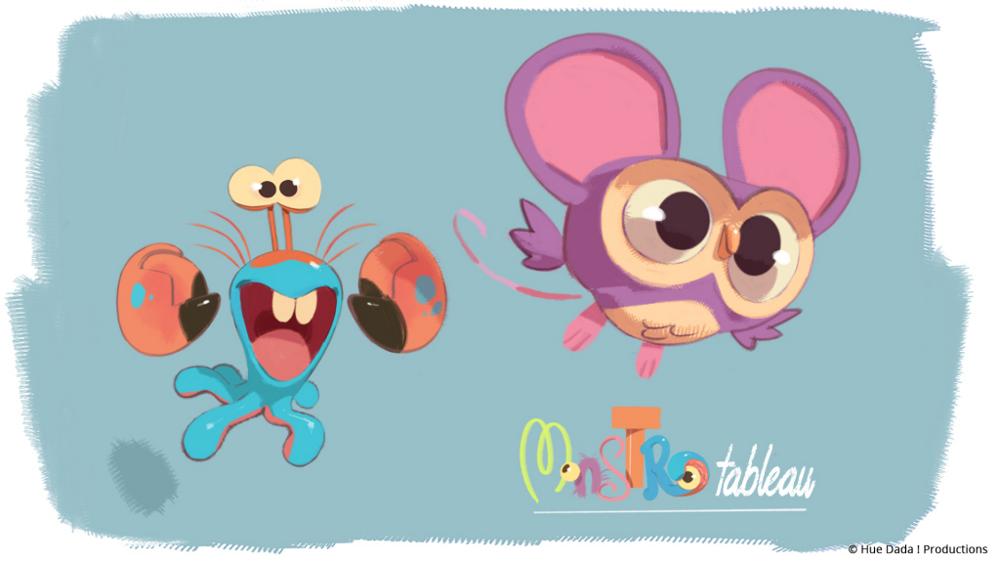 A Septet of Experienced, Complementary Partners

With most of them having more than 15 years of experience in animation and having worked together for several years, the team at the head of Hue Dada ! Productions advocates a constant dialogue between each department of the company to promote editorial and artistic quality requirements.

Quentin Auger – 49 – Head of Innovation | An Industrial Design Engineer from UTC, Auger became a CGI animator via Les Gobelins in 1999 and has worked on animation and VFX processes in several studios around the world, including ILM in San Francisco. He has just spent eight years at Studio 100 Animation as a CTO and is passionate about the promises of agility, creativity and productivity of real time, VR, cloud and AI in animation.

Emmanuelle Chabord – 44 – Chief Financial Officer | As COO and CFO of Studio 100 Animation for 10 years, Chabord supervised the productions and support functions. She has 20 years’ experience in animation, notably at Chaman Production and Xilam Animation. She graduated from Audencia Business School in 1998 (accounting/cost control) and holds an accountancy degree (DECF).

Sophie Decroisette – 50 – Editorial Director | After studies in film at university and training at the CFT Gobelins, Decroisette has worked in television for more than 20 years and also in cinema, press and publishing. Particularly experienced in the field of animation, she has authored concepts and numerous screenplays on more than 40 series, including The Babaloos, Code Lyoko, Cédric, Lou!, Sherlock Yack, Maya the Bee season 2 and Heidi, as well as feature films.

Fabrice Delapierre – 50 – CG Supervisor and Director | An old hand in animation, Delapierre started in the CGI industry in 1990 at Ex Machina and then worked as a freelancer on multiple projects in various positions and in studios as varied as Duran Duboi, Fantôme, Mac Guff, Mikros Animation, Passion Pictures and Sparx. At Studio 100 Animation, he held the position of CG Supervisor and Digital Content Director.

Jonathan Giroux – 31 – Head of Software Engineering | Giroux is a software architect specialising in process and quality development. He has worked in digital arts and mainly with real-time technologies, notably for Ubisoft and Studio 100 Animation. He also co-founded the Cookie Collective, an artists’ collective specialising in real time.

Jérôme Mouscadet – 48 – Art Director and Director | A graduate from “Arts Décos” in Paris (ENSAD), Mouscadet has directed many animation projects over the past 15 years, broadcast all over the world, garnering several awards (Code Lyoko, Lou!, Sherlock Yack, Heidi, Maya the Bee season 2). His credits cover more than 300 episodes of series using all kinds of techniques, made in various studios in Europe and Asia. He regularly acts as an expert for the CNC, is co-president of AGraF (Auteurs Groupés de l’Animation Française) and a founding member of the animation unit of the Groupe 25 images.

Jean-François Ramos – 46 – Producer | After graduating from Montpellier Business School in 1997, Ramos started in the industry at Xilam Animation as assistant director on cult series such as Oggy and the Cockroaches. After a stint at Alphanim, he joined Studio 100 Animation, line producing the studio’s major series (Maya the Bee seasons 1 and 2, Heidi season 1, Nils Holgersson). Passionate about innovation for production, he created and managed its digital department.

Exclusive Clips: Mikku & Chikku Are On the Case in ‘Mira, Royal Detective’
Behind-the-Scenes: ‘Jungle Beat: The Movie’ Introduces a Friend from Another Planet