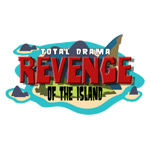 If you’ve missed the crazy shenanigans of Total Drama, the folks at Cartoon Network have a great treat for you next month as Total Drama: Revenge of the Island debuts on June 5 at 7:30 p.m. The animated reality competition series Total Drama Revenge which is produced by Fresh TV goes back to the original island where the drama began in season one — this time with an all-new cast! Since the show has gone global, Camp Wawanakwa has been abandoned and turned into a toxic nuclear waste dump — the perfect place for new and painful, cringe-inducing challenges!

The Total Drama contestants will be split into two teams, this time there are no reward challenges and one teen will be voted off in every episode. There is one chance for salvation when host Chris unveils an immunity statue, shaped in his own likeness, to be hidden somewhere on the island. Whoever finds the statue wins immunity from elimination for one radioactive campfire ceremony. Those chances are slim and all but one contestant will be catapulted off the island via the Hurl of Shame! 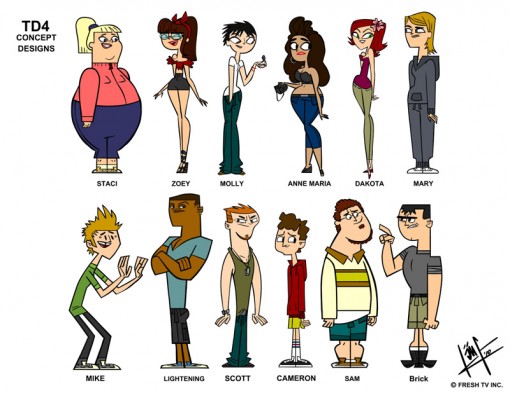 CartoonNetwork.com will also feature a Total Drama: Revenge of the Island game where contestants will attempt to balance a portion of the Island’s mutant squirrel population on their bodies all while standing precariously on crudely built structures, trying to dodge meatballs being pelted at them by Chef. The player’s goal is to topple each contestants one-by-one using Chef and several types of meatball ammo ranging from large meatballs that pack a punch to explosive and corrosive meatballs that damage the structures the contestants are positioned on.  The game has 30+ levels to master and will launch on May 29. 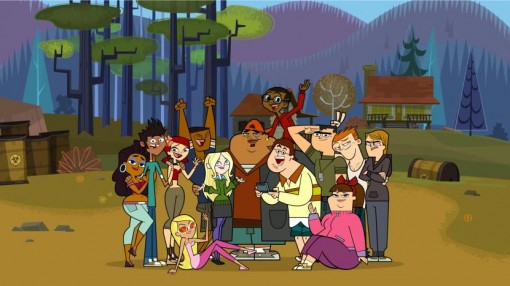 Total Drama was created by Jennifer Pertsch and Tom McGillis. The series first debuted in 2007 on Teletoon in Canada and then aired on Cartoon Network, where it attracted excellent ratings and numerous fans worldwide.