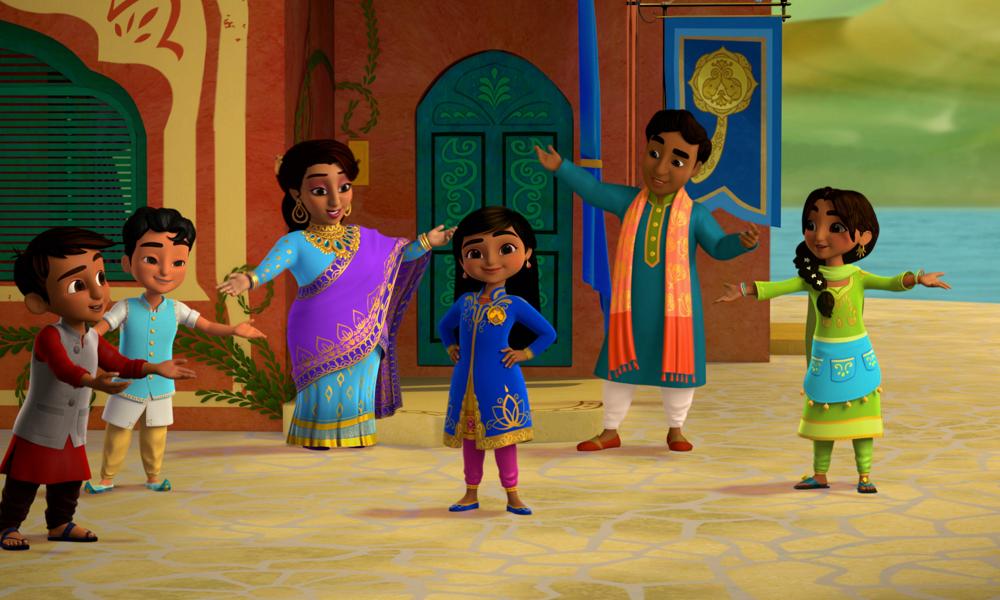 Cooped-up parents and their preschool kids who are looking for a fresh way to be entertained this week will have a new savior. Her name is Mira, the star of the CG-animated series Mira, Royal Detective, bowing on Disney Junior on March 20 Stateside (March 22 in India).

Developed by Becca Topol (Elena of Avalor), who also serves as story editor, and exec produced by Emmy-nominated industry veteran Sascha Paladino, the beautifully imagined show centers on a resourceful young girl (voiced by Leela Ladnier) who takes on the role of royal detective after being appointed by the Queen. Inspired by the vibrant colors, music and culture of India, the show follows Mira and her friends Prince Neel (Kamran Lucas), cousin Priya (Roshni Edwards) and funny mongoose pals Mikku (Kal Penn) and Chikku (Utkarsh Ambudkar) as they travel their fictitious world of Jalpur, solving mysteries and helping the characters they meet along the way. 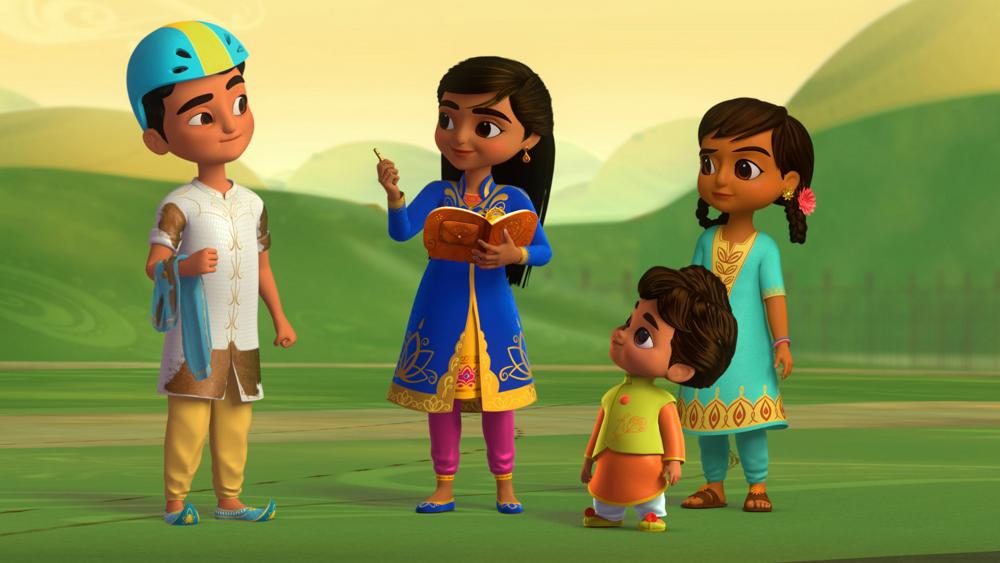 Paladino, who also created Disney’s Miles from Tomorrowland (Mission Force One) and has written for numerous children’s animated shows such as Doc McStuffins, The Octonauts, Wonder Pets! and Sid the Science Kid, says he was thrilled when Disney asked him to run the series about two years ago. “It was a real honor to be asked because it’s an important show, and it combined my love for using children’s TV to explore a culture and help create Disney Junior’s first South Asian protagonist,” he says.

He says he loves the fact that the show takes its inspiration from Bollywood movies and that everyone involved strives to present an authentic and whimsical representation of Indian culture to young viewers. “We watched a lot of Bollywood films to prepare for the show, and one of the hallmarks of these movies is their big, musical numbers,” Paladino says. “So the chance to depict that in animation with dance and lots of characters, using authentic Indian music and instruments was so exciting for me.” 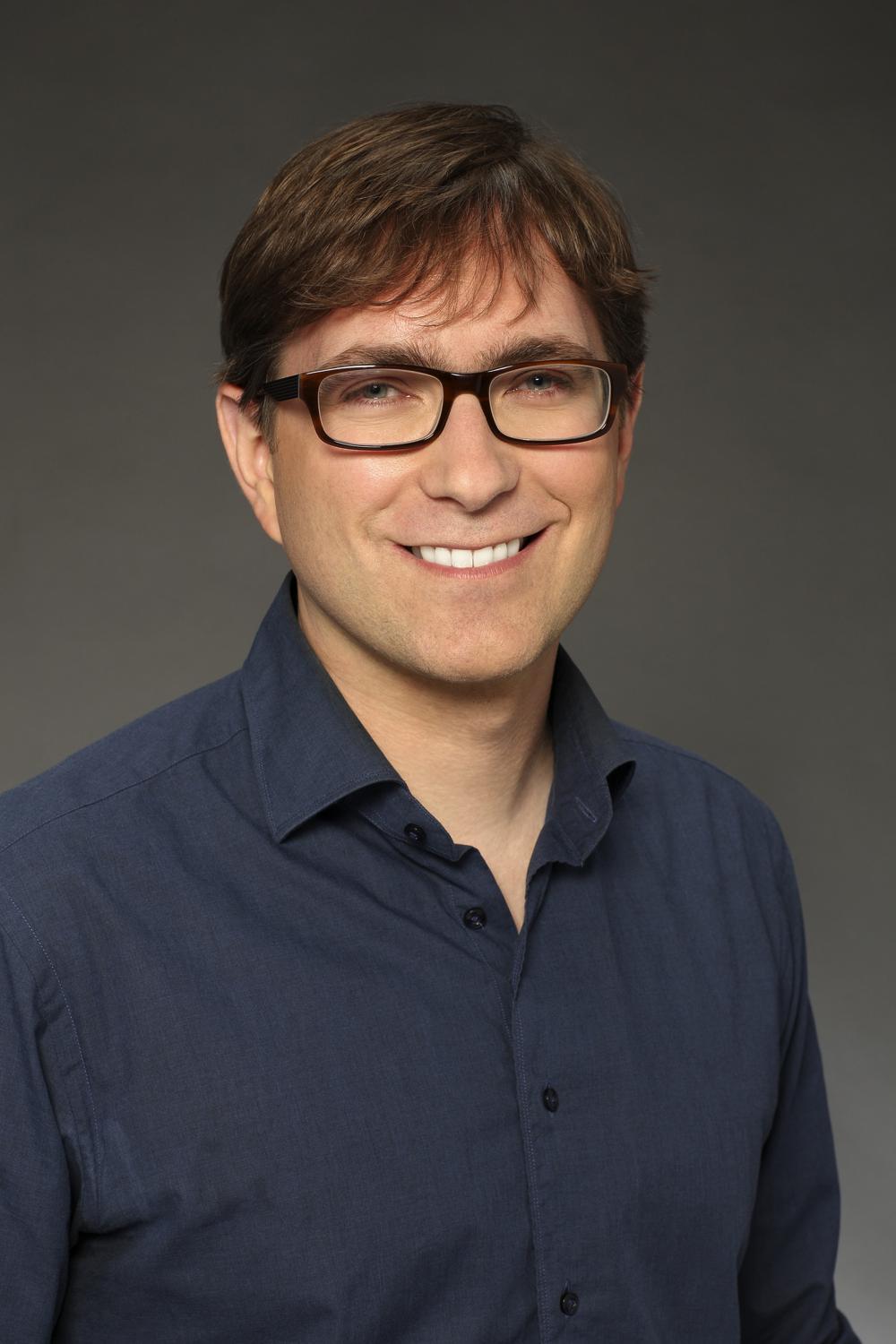 Paladino and some of the other key creatives behind the show actually visited India to get a more accurate, in-person feel for the culture they were hoping to showcase in Mira, Royal Detective. In addition, the film’s animation is produced by Bangalore-based Technicolor India, so they were able to get more feedback and accuracy checks from their animation team in the country throughout the production process.

“We were really inspired by the Indian culture on every level,” says Paladino. “We really wanted to get it right and are striving to represent the design, the music, the storytelling, the dance and choreography in each and every episode. Our animation studio in India is a perfect match, and they are truly our collaborators. They weigh in and give us their feedback on the show. I was lucky enough to go to India and meet with them, and it was incredible to see the pride they take as they’re working on this show that will represent their culture to the world. We don’t take that lightly. It’s a big responsibility, but it’s also a huge privilege to be able to work on a show that is going to have that rich and hopefully as big an impact on audiences.” 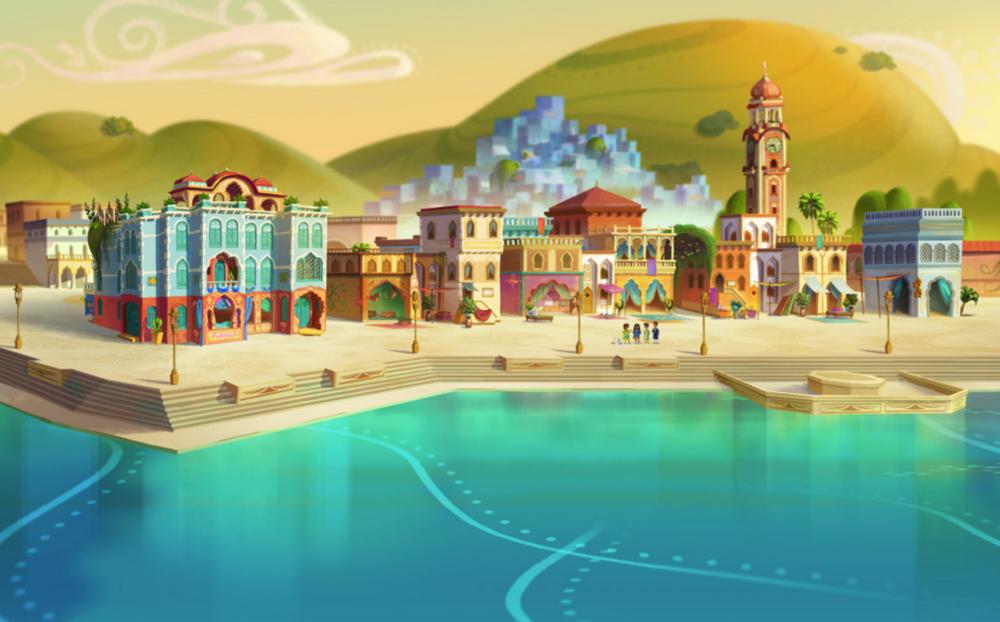 Not surprisingly, the show also employs a team of experts who offer their feedback on various aspects of Indian music, dance and culture. Shagorika Ghosh Perkins is Mira’s cultural consultant and consulting producer, offering her tips on costumes, music, food and set design to specific holiday traditions and festivals. Amritha Vaz (Miss India America) serves as the music composer. Deepak Ramapriyan (Basmati Blues) is the music consultant on the series and also provides additional orchestration for the song arrangements, while world-renowned musician Zakir Hussain plays tabla on the theme song. In addition, acclaimed Bollywood choreographer Nakul Dev Mahajan (So You Think You Can Dance) is the show’s dance consultant and choreographer.

“It’s been great to work with Amritha Vaz on the show’s music, and it’s very important to her and to us that we use as many authentic Indian instruments such as tabla, sitar, shehnai and others as possible,” says Paladino. “Music expresses so much about any culture, and South Asian culture is no different. For example, Mira is a great tabla player, so audiences will get to see her play that instrument in many of the episodes.”

The show’s look and overall visual style is also a reflection of this quest for authenticity. “We were inspired so much by what we could find online and in real life in South Asia,” says Paladino. “We wanted to reproduce the colors of India, and there’s such an incredible tradition of Indian art through the centuries, and we really wanted to honor that. Although our show is CG animated, we wanted to bring this special stylistic touch to the visuals, so you’ll see mandala patterns in the clouds, or the smoke that comes out a train stack is in the shape of traditional Indian patterns.” 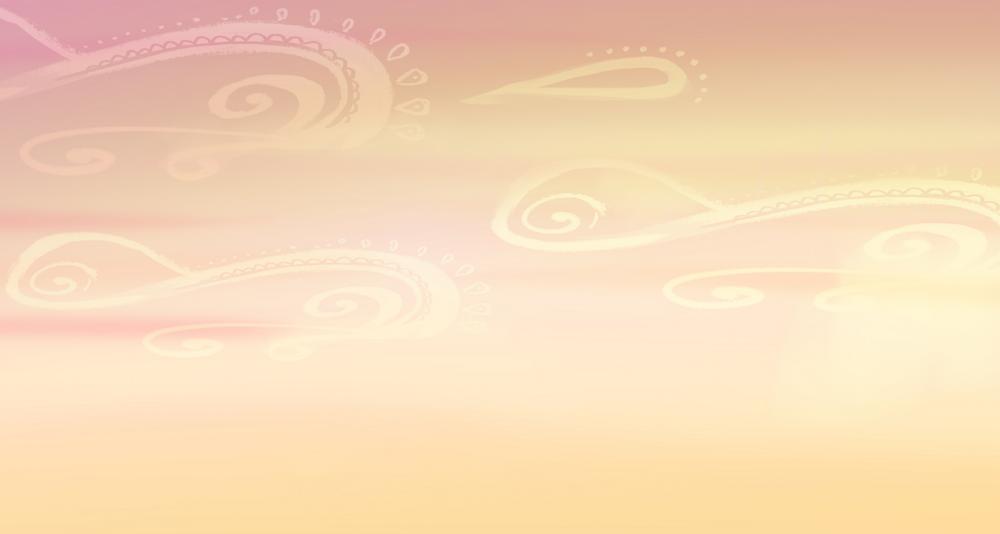 An Eye for Details

Series art director Dorothea Gerassimova says when she first met with Paladino about the project, she was fired up by all the possibilities the show offered to really convey the beautiful art, patterns and culture of India. “I was so energized and inspired that I couldn’t sleep at night,” she says. “I think the show gave us such a fantastic opportunity to create this wonderful, stylized world — from the trees to the palace to the marketplace. I was so pleased that I was given free rein to stylize it and asked to create something that didn’t look like anything else on Disney Junior.”

Gerassimova says she loves that the show centers on a strong, smart young girl who is not afraid of challenges. “I love that Mira never jumps to conclusions,” she says. “She always asks questions and wants to look at things closer. She is not a princess, which is very refreshing, and she always works with her team to come up with solutions. I also really admire the show’s emphasis on family values and multigenerational bonds, and the fact that we were able to weave in all the real inspiration we could find about Indian architecture, art, colors, fabrics and patterns. Of course, Indian art and architecture is so detailed, so it was a big challenge to deliver all those intricate ingredients on a tight TV schedule, but I’m very proud of what we were able to achieve.” 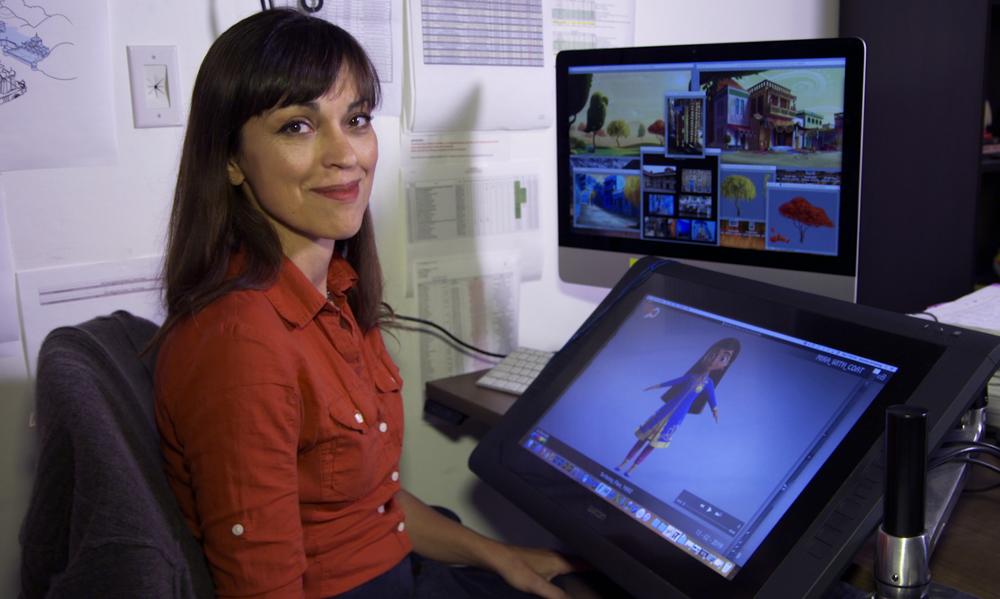 Paladino also points out that he is proud of the fact the production offered South Asian voices and talent to be represented in every aspect of the show, from the writers room to the design, boarding, music, choreography and all the voice cast. “One of my biggest jobs was to listen to everyone. This is not my culture, so we wanted to be sensitive and thoughtful so that we could get it right. So much of what I do is giving the South Asian people who work on the show the opportunity to really have a voice.”

He also hopes audiences will be able to enjoy the delicate balancing act he and his team have been trying to pull off. “We wanted to be very specific about the culture: We’re not saying where in India this show is taking place, but we have a lot of specific cultural touches, so we want people to be inspired to learn more about South Asian culture. At the same time, we want the storytelling to feel universal. Every episode is a self-contained mystery, and those are very universal things.”

More importantly, Paladino hopes kids will recognize themselves in the storylines. “The show is about a group of kids who sometimes get along and sometimes don’t, but mainly, it’s about Mira who is extremely thoughtful and sympathetic. She is able to see things from different perspectives. I just hope after seeing our show, kids will think more about how other people see things and will be encouraged to think more about others around them. That’s what Mira does!”

Animation in the Time of Corona!
News Bytes: Half of US Families Dig Disney+, Why ‘Angry Birds 2’ Rules the Netflix Roost, Cinesite’s ‘Witcher’ VFX Breakdown & More