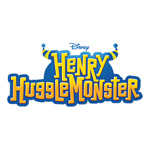 Watch out, Dora the Explorer, Curious George and Dinosaur Train. There’s a charming little monster in town which will give you some stiff preschool competition this month. The CG-animated toon, which is produced in Dublin by Oscar-nominated Brown Bag Films, is called Henry Hugglemonster, and is based on the popular book series by Ireland’s Children’s Laureate Niamh Sharkey. The show premieres this month on Disney Junior, which is home to one of the most popular preschool lineups on TV, which includes Doc McStuffins (another Brown Bag project), Jake and the Never Land Pirates and Sofia the First.

As Beth Gardiner, VP of original programming at Disney Channel, tells us, the property was brought to her attention at a time when the studio was looking for shows that the whole family—including mom and dad and even the grandparents—could watch with the young ones together.

“It was one of those rare meetings,” she recalls. “The books’ author Niam Sharkey and Brown Bag’s exec producers Cathal Gaffney and Darragh O’Connell came in and pitched the idea. The whole show was centered on the emotional life of this five-year-old, middle child. He has his older siblings and baby brother and grandpa … He has learned a lot in his five years, and he’s sharing it with the world.”

Gardiner says at the time that the show first pitched several years ago, there were a lot of curriculum-based series in the preschool landscape. That’s why Henry Hugglemonster, which emphasizes compelling characters and fun stories, proved to be a real breath of fresh air. 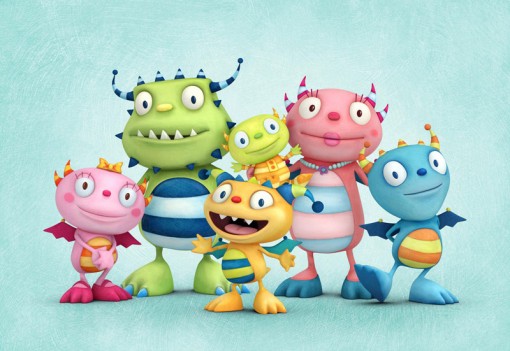 “I think we really enjoyed a great freedom as we set up to define Henry’s world and adventures,” she points out. “Nancy Kanter [senior VP and general manager of Disney Junior Worldwide] encouraged us to be silly and defy logic. We were really in our preschool heads. She pushed us to tell really fun and engaging stories, and that freedom was really exciting.”

Author Is in the House

“Niamh is an exec producer on the show, and this was her first foray into television,” says Gardiner. “As an author and illustrator, she is used to working solo in her attic, but she absolutely loves coming to the studio two or three times a week. She looks at the designs and offers some notes on the scripts and the visuals. We all sit in a cramped studio, and that makes us work very closely together. And she really thrived and enjoyed the process. As the Children’s Literature Laureate of Ireland, this whole year has been really wonderful for her.”

Beyond the eye-popping animation (which also gets an assist from Singapore-based Sparky Animation), the series’ colorful voice cast and its musical numbers provide parents with more reasons to tune in with the little ones. Yes, that’s SpongeBob SquarePants himself, Tom Kenny, supplying the voices of Daddo and Grando. Lara Jill Miller, Lori Alan, Chiara Zanni, Hynden Walch and Kari Wahlgren round up the family voices, while the guest list includes former Spice Girl Geri Halliwell as a popular monster pop star (is there any other kind?), Brenda Blethyn as Ernestine Enormomonster, Brian Blessed as Eduardo Enormomonster and Rob Paulsen as Henry’s best buddy Denzel Dugglemonster, a monster with scoop-shaped hands! 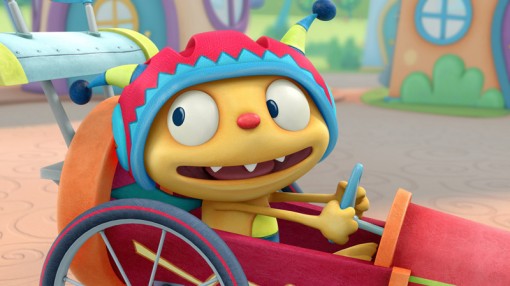 The music becoming such an integral part of the show owes a lot to composer Matt Mahaffey. Since Henry’s sister Summer is a huge music fan, she tries to emulate her favorite pop star (voiced by Gerri Halliwell) to win a contest. Of course, she learns in the end that it’s best to follow your own musical instincts and not try to copy another artist. Mahaffey did such a great job writing music for that episode that the producers decided to include original songs in every episode.

“Every episode has one or two songs,” says the show’s director Norton Virgien. “I always felt that songs added a lot of energy to the show and our story editor Sascha loves musicals from his time in New York, so we let it all grow organically. So in a way, the show does feel like a musical.”

Virgien, who moved to Ireland from Los Angeles to work on Doc McStuffins and Henry Hugglemonster at Brown Bag, says he loves the fact that the show allows them to experiment with different styles and formats. 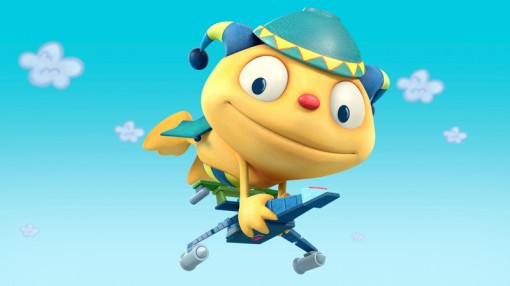 Of course, having directed a very impressive list of animated children’s TV shows and movies, Virgien has an acute understanding of which ingredients are essential to the success of a program like this.

“I don’t think there’s ever been a family sitcom centered on kids, and yet, when you’re young, the family is the most important part of our social life. We deal with things like how to handle feelings, how to get along with siblings, how to deal with bullies and how to face disappointments because of the choices that we make. I know this all sounds very serious, but we handle them in a fun way—our characters are exaggerated monsters, but they feel like a real, caring human family.”

“The characters are designed to be a little monster-y, both funny and exaggerated,” he explains. “I’m pleased with the way that our animators were able to transform the charming 2D illustrations by Niamh Sharkey to CG. We haven’t felt any limitations and we can squash, stretch and move them as much as we want. I think she is very happy with the animation, because we gave it depth rather than changing it.  In Hollywood, we tend to take a property and manhandle it to get a cookie-cutter shape for the audience. Here at Brown Bag, we let the original property lead the creative process organically, and I’m proud of the approach we took.” 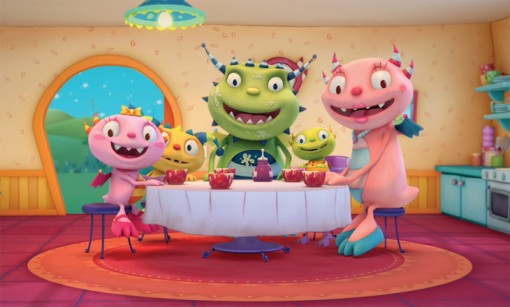 Looking back at how rewarding the experience has been for him and his team, Virgien says it’s been great to have the book’s creator and writing and directing teams all in the same facility.

“I feel so lucky to work on these shows,” he admits. “It’s 10 times more fun when the audience is there for you. I love 2D animation, but because of our timing constraints, CG animation gives us more control over the subtleties of acting and delivers a lot more precision of timing. So in fact, we can produce a much tighter and prettier show than we could back in the days of Rugrats.”

These days, Virgien says working at a small indie studio like Brown Bag reminds him of how he and his team used to be in the early days of Rugrats at the now-defunct Klasky Csupo.

“Rugrats opened the doors for people to experiment more. Back then, nobody had done a kid’s-eye view of family life. We were allowed to take on any subject and not just repeat the usual animation styles. We learned that it pays to be inventive, and I think Henry Hugglemonster has that same spirit. The energy and excitement we feel here at Brown Bag are undeniable.”

Henry Hugglemonster will premiere on Disney Junior on Monday, April 15 at 5 p.m.

A Capital Venture
The B-Movie Beasts Are Baaaaack!